Ace Jewelers, a family-owned high-end watch and jewelry business based in Amsterdam, is proud to welcome Christiaan van der Klaauw Astronomical Watches into its stable of exclusive maisons. Christiaan van der Klaauw is a Dutch, independent watch brand that specializes in so-called astronomical complications: added functions and displays inspired by the movement of the celestial bodies. Accomplishments include the creation of the world’s smallest planetarium, and the world’s most accurate 3D moon phase which deviates only one day in 11,000 years.

Christiaan van der Klaauw presented his first clock with astronomical complications in 1974. It was the start of an exceptional story that made him one of the best clockmakers in the world and saw him receive (in 1989) an honorable membership of the Swiss Académie Horlogère des Créateurs Indépendants (AHCI), whose members include watchmaking greats such as Vincent Calabrese, George Daniels, François-Paul Journe and Franck Muller. In 1994 Mr. Van der Klaauw presented his first wristwatch, the Satellite du Monde. This watch showed the time, day and date, as well as the moon phase, day and night indicator and the place on earth where it is exactly noon at that moment. In 1999 he introduced the Planetarium, equipped with the smallest mechanical planetarium in the world.

In 2009 Mr. Van der Klaauw retired. The designer couple Daniël and Maria Reintjes took over the reins of the company. Under their guidance the brand would reach new heights such as Haute Horlogerie recognition by the Fondation Haute Horlogerie, and a collaboration with Van Cleef & Arpels that culminated in winning the most prestigious watch prize in the world, the Grand Prix d’Horlogerie de Geneve.

In 2022 Pim Koeslag, former technical director of Frederique Constant, acquired a majority stake in the company and became co-owner and master watchmaker for the brand. To this day, Christiaan van der Klaauw Astronomical Watches is the only atelier in the world that is completely devoted to the design and the production of exclusive, hand-made astronomical watches. 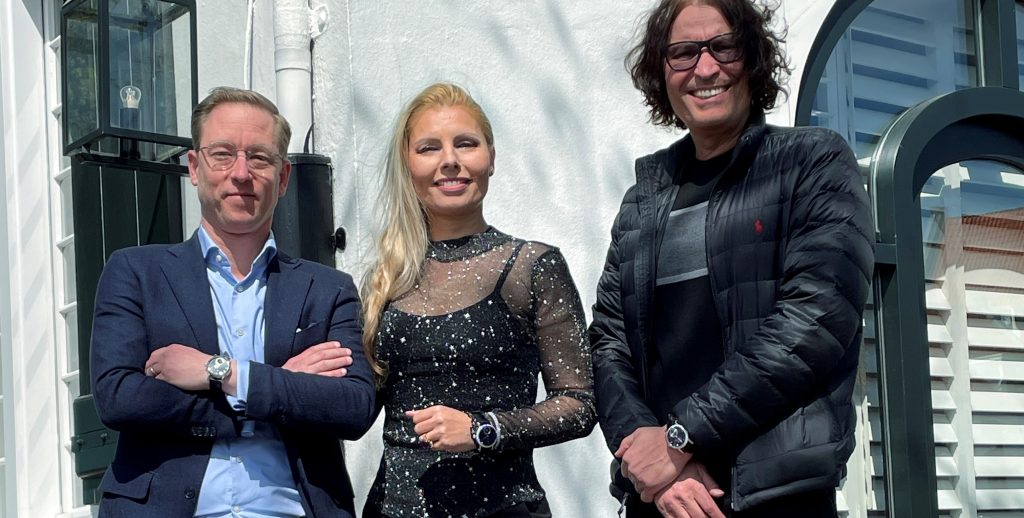 “Since I met Mr. Christiaan van der Klaauw for the first time as a young child at the Basel Watch Fair AHCI booth, I was in love with his astronomical marvels”, says Alon Ben Joseph, CEO of Ace Jewelers. “This admiration and passion as a private watch collector for the watchmaking genius and his timepieces also morphed into a deep wish to become his ambassador as a retailer. Although this took almost three decades, the stars aligned when Pim Koeslag became co-owner and Master Watchmaker for the brand earlier this year. We are extremely excited, honored and proud to become the exclusive retailers for this Haute Horlogerie brand in Amsterdam. To celebrate, the first watch we ordered was a watch for my personal collection!”

Christiaan van der Klaauw watches are available now, both online at www.AceJewelers.com as well as in-store at Ace & Dik at Van Baerlestraat 46 in Amsterdam’s Museum Quarter.