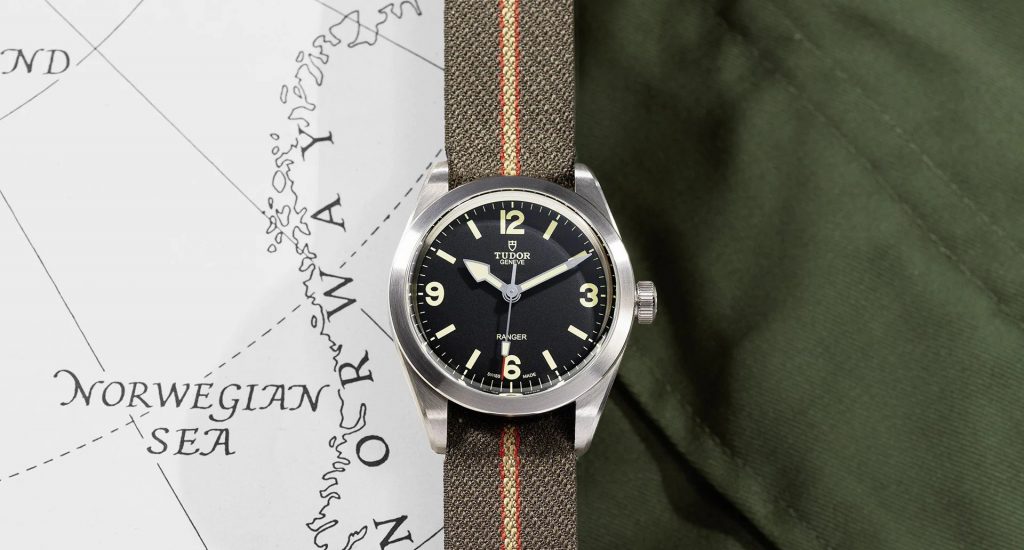 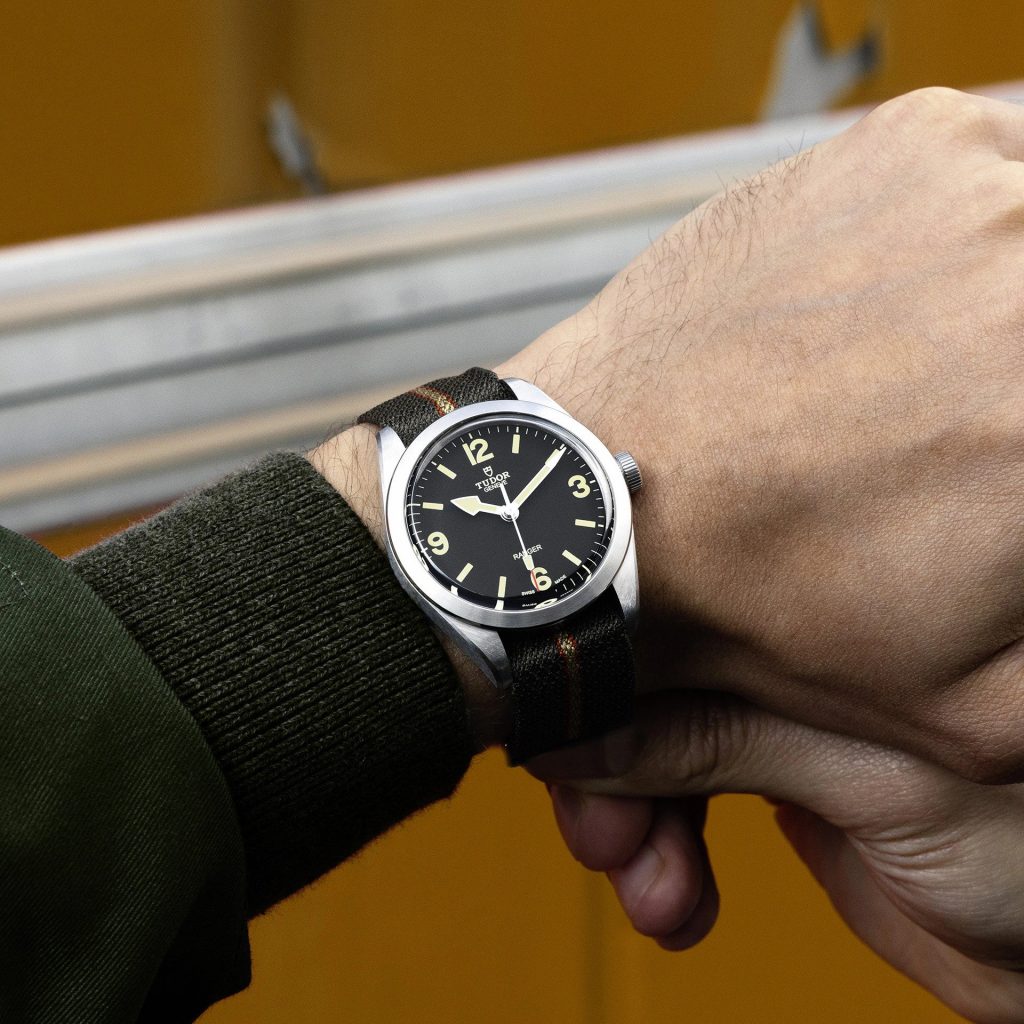 On the 70th anniversary of the start of the British North Greenland Expedition, we are proud to present the 2022 TUDOR Ranger. In this article we'll explain the links between TUDOR and this expedition, discuss what's new, and give you all technical specifications. Let's dive in! 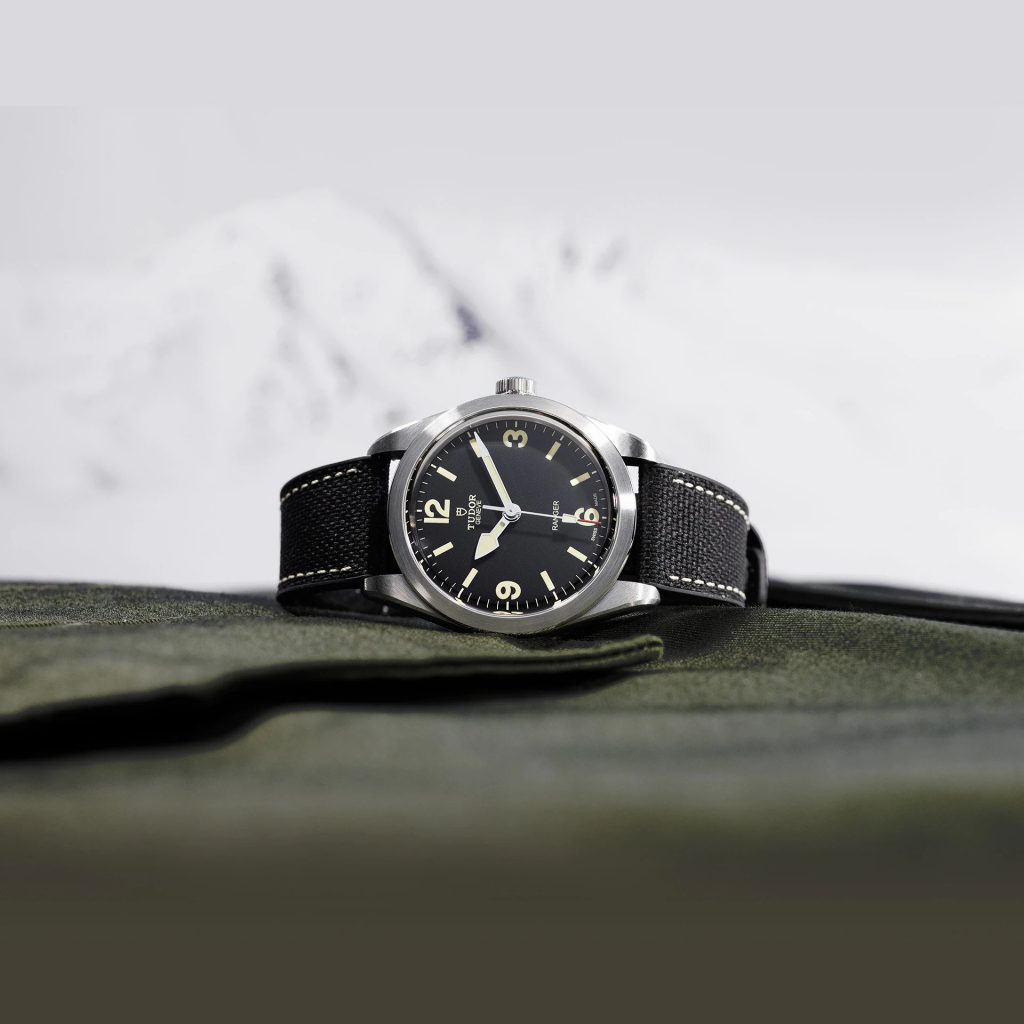 The British North Greenland Expedition was a military and scientific mission that took off on July 8th of 1952. The goal of the mission was to carry out studies and experiments in meteorology, physiology and other scientific areas in order to gain a better understanding of the effects of extreme cold on man, machine, and nature. Over the course of two years, a total of 30 men would take part.

So how did TUDOR get involved in this mission? First we have to keep in mind that these were the early days of self-winding and waterproof watches. In this mission TUDOR saw an excellent opportunity to test its watches in extreme conditions. As a result, the brand equipped each of the crew with one of its latest watches, and asked them to take notes on accuracy and reliability. Other then using a special oil to deal with the Arctic temperatures, and extra long straps to wear them on the outside of the jackets, the watches were standard production model. And they performed flawlessly. 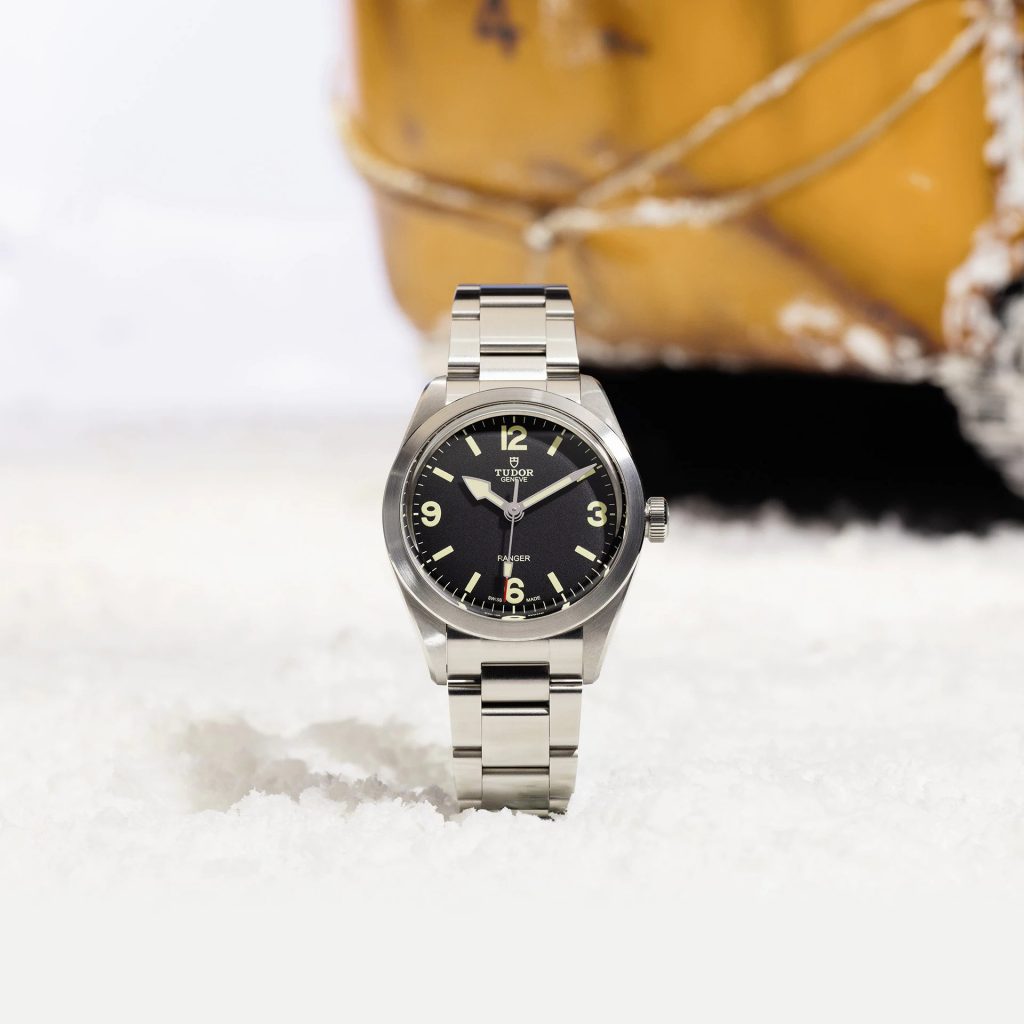 In short, the 2022 TUDOR Ranger is an updated, sophisticated take on TUDOR's field watch, now fitted with an in-house movement and - when fitted with the bracelet- the great T-Fit clasp.

The 2022 TUDOR ranger can be seen as an evolution of the discontinued M79910, which was introduced in 2014. Or perhaps revolution would be a more apt description, seeing that each and every component has been thoroughly reworked. From case to bracelet and strap, and even the movement within - it's all new. 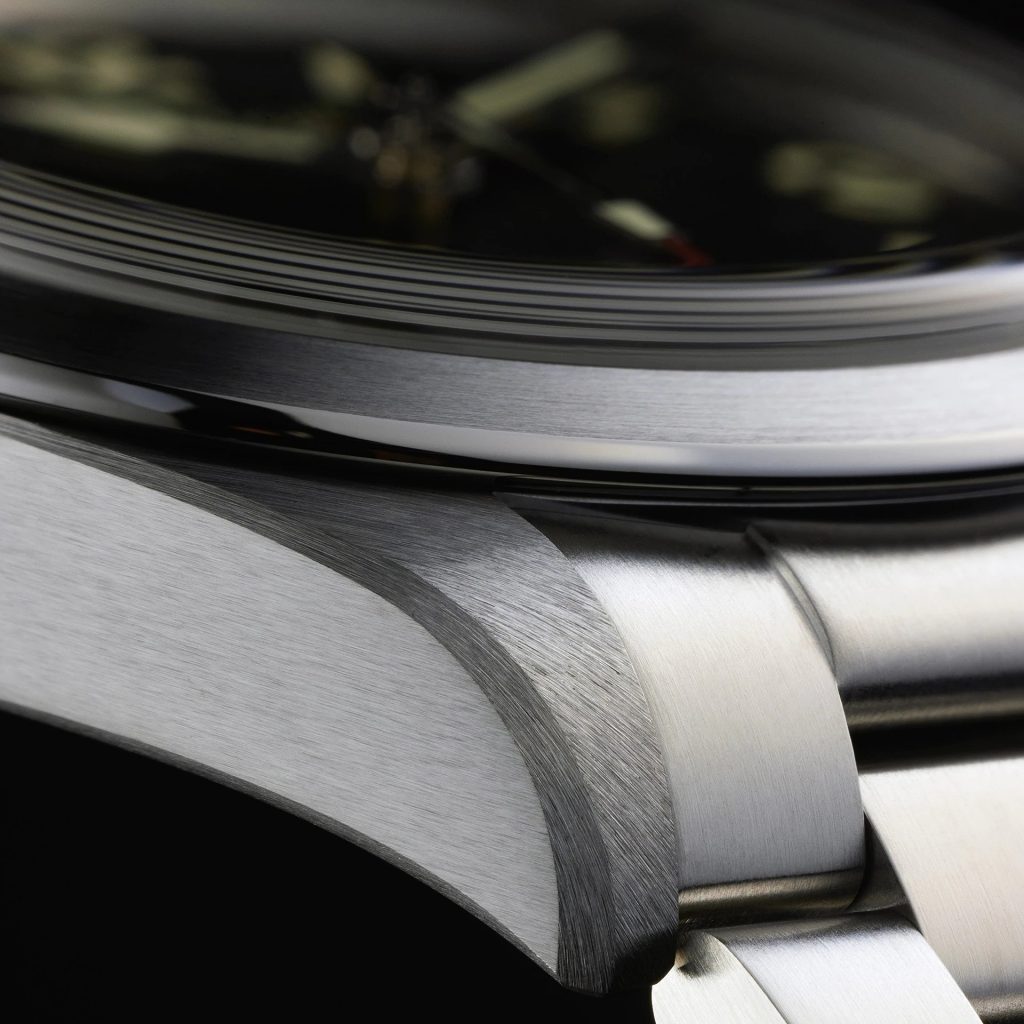 The case now measures 39mm across, which is 2mm smaller than the outgoing version. It's completely brushed for that ultimate tool watch look, save for the lip of the bezel and the grooves of the crown. The dial is still matte black with Arabic numerals at the cardinal points, but the lume of is a slightly less beige tone. Also at 6:00, the 'Rotor Self-Winding' text has been replaced with 'Ranger'.

All the updates above result in a watch Ranger that feels balanced and up-to-date, but it's not all. The biggest change lies within. Instead of the outsourced movement of the earlier generation, the new TUDOR Ranger is powered by the in-house caliber MT5402. Indeed, the same movement as found in the Black Bay 58, with silicon balance spring and a healthy 70-hour power reserve.

To finish things off, the 2022 TUDOR Ranger is available on either a bracelet, a hybrid rubber-leather strap, or a fabric strap. The bracelet is equipped with TUDOR's T-fit adjustment system for optimal fit, allowing for 5 adjustment positions over a total of 8mm. The watch comes with a 5-year warranty.

The Tudor Ranger is available for pre-order on our website using the links below; 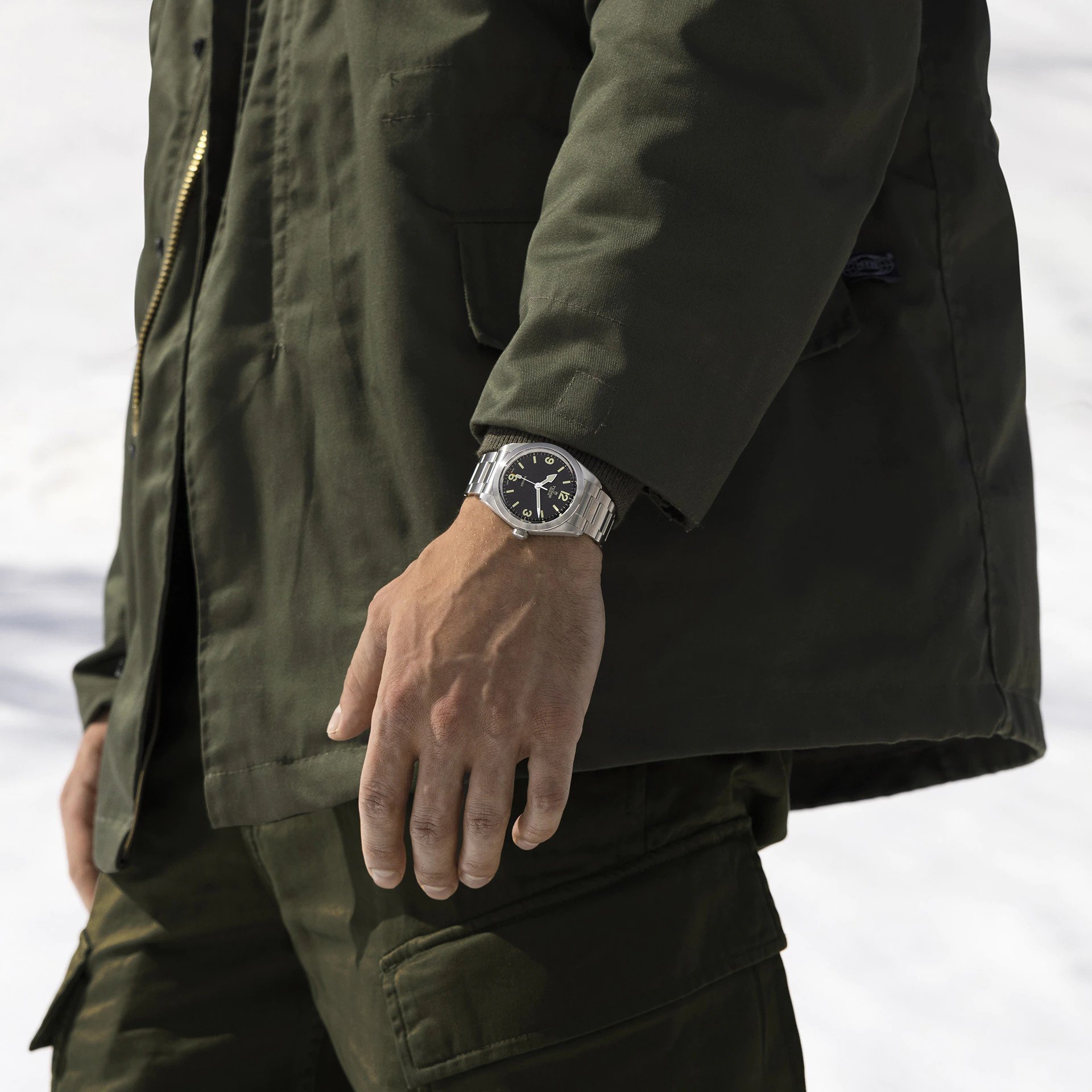 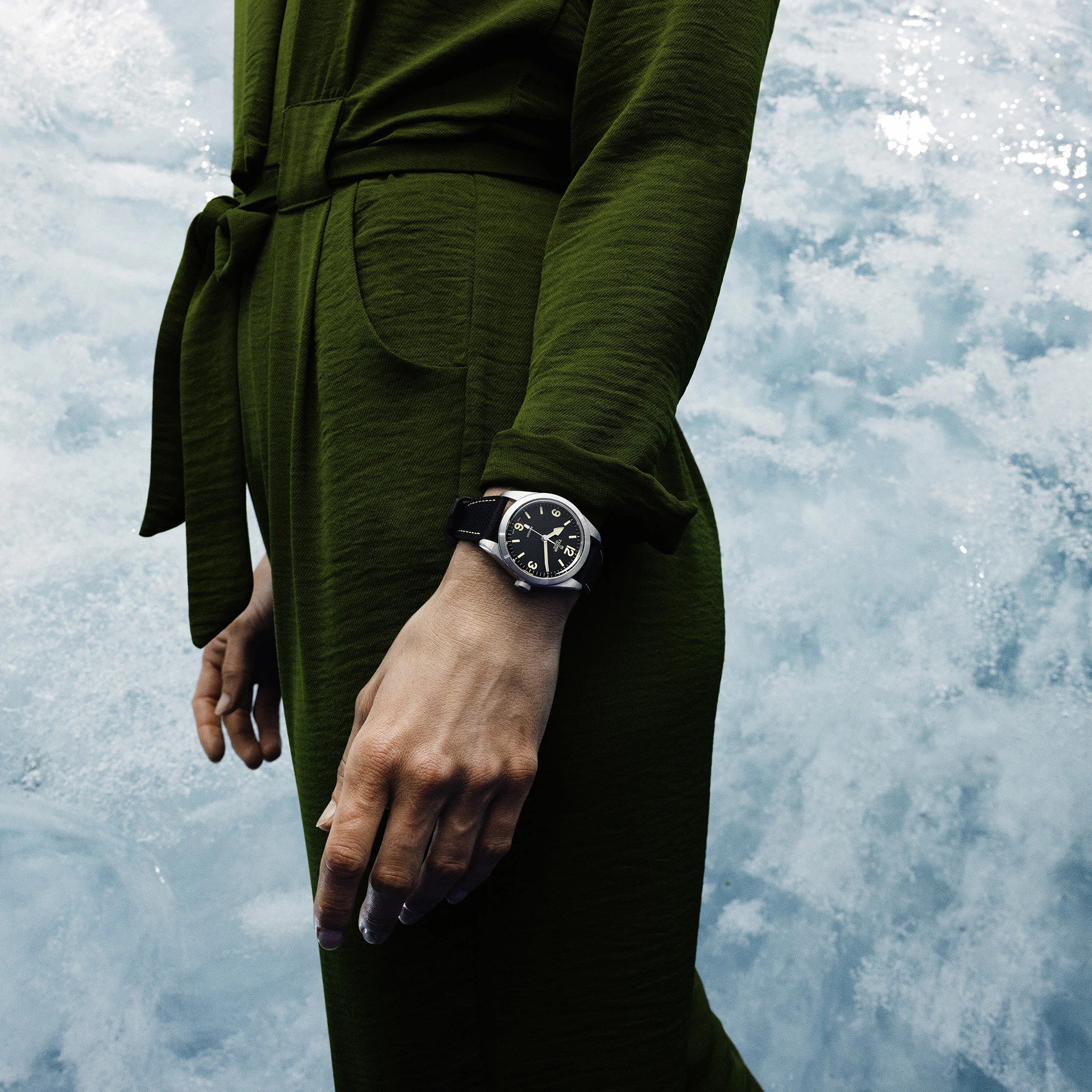 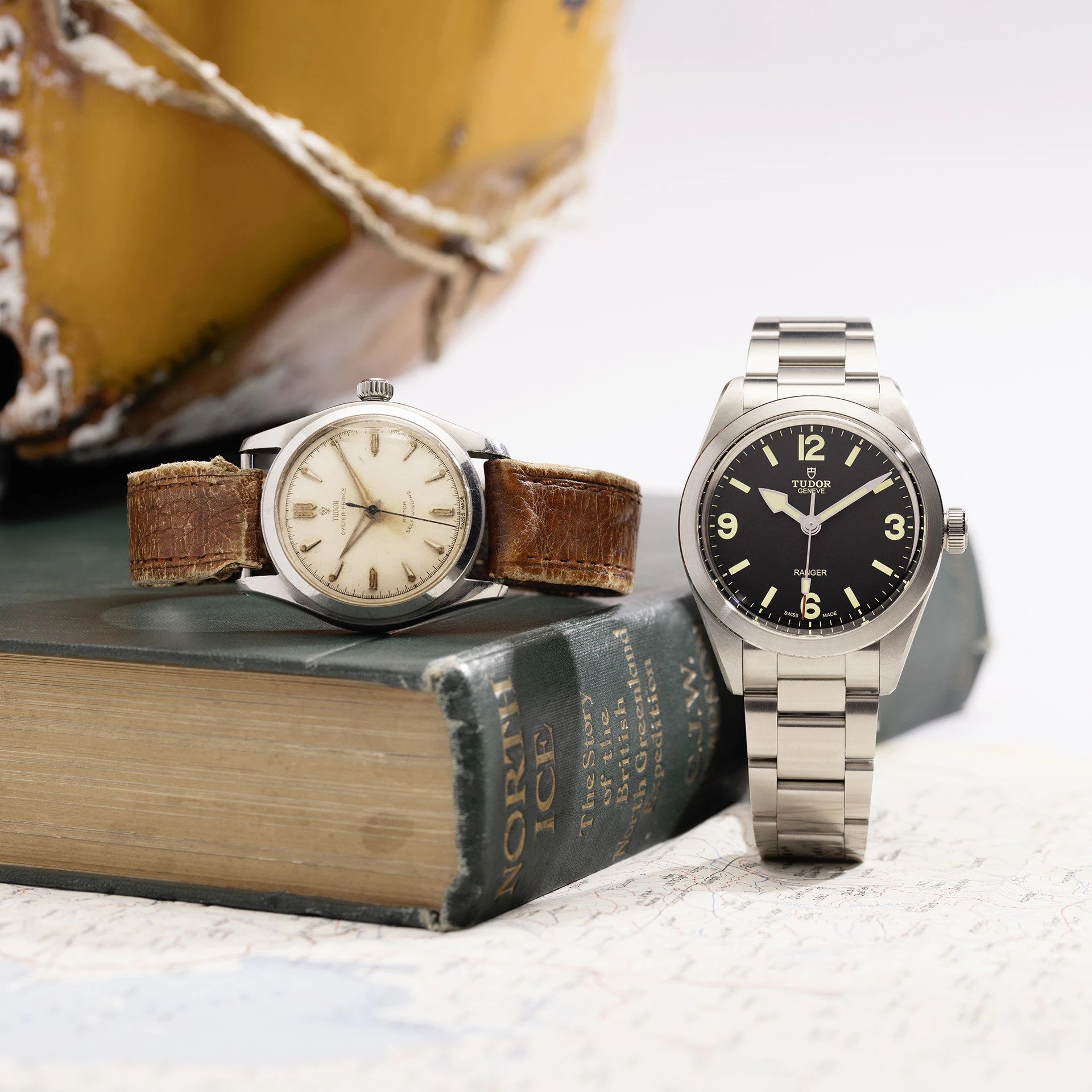 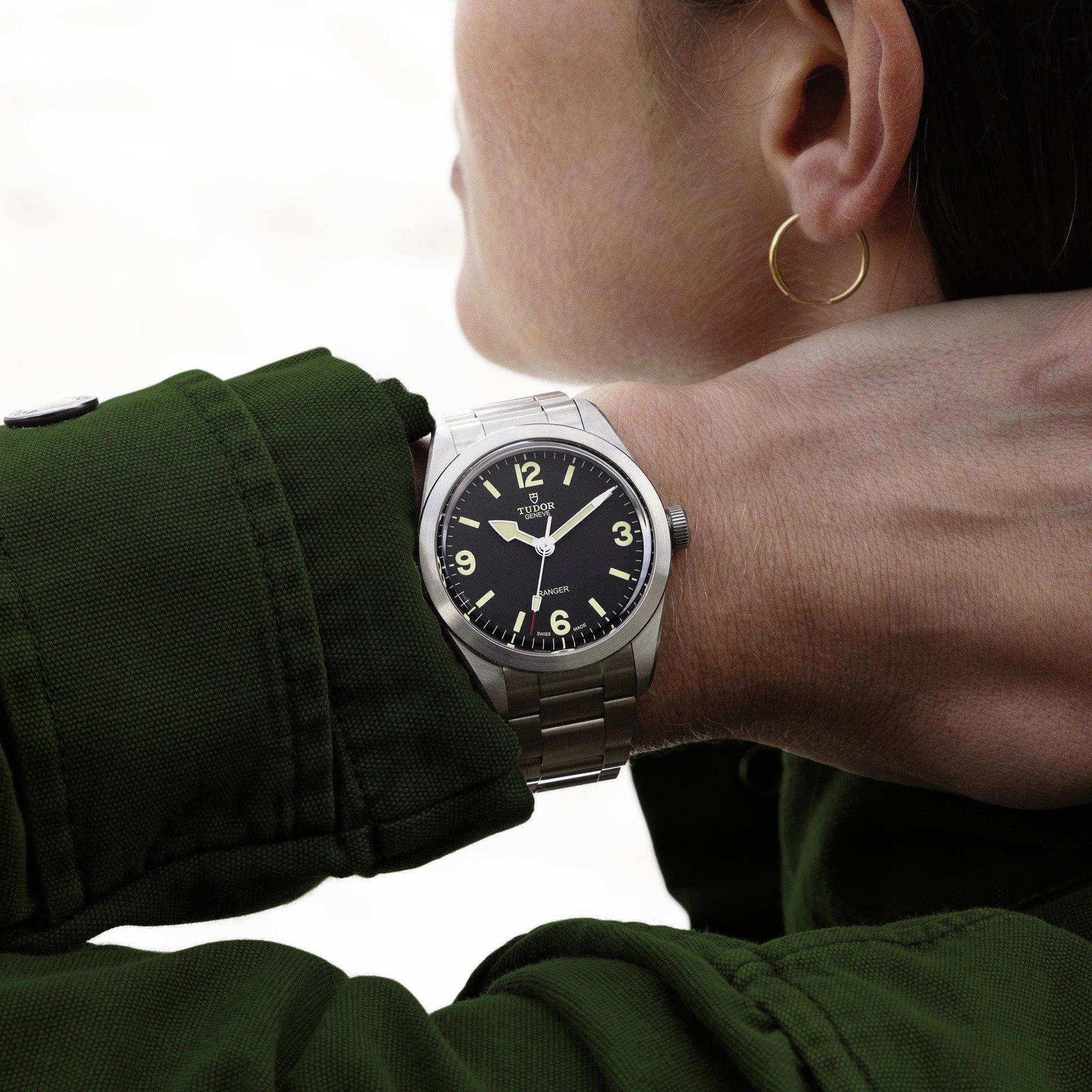 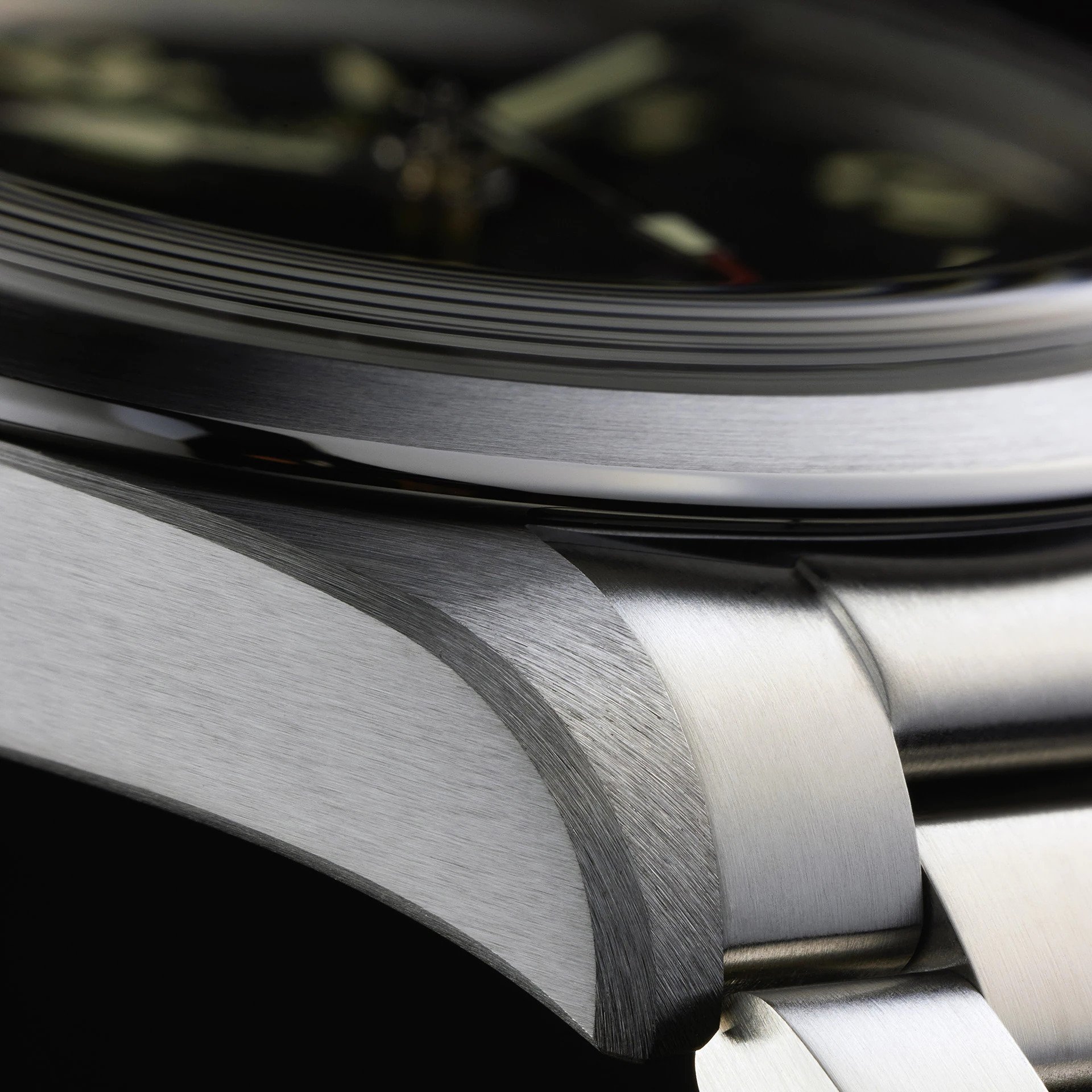 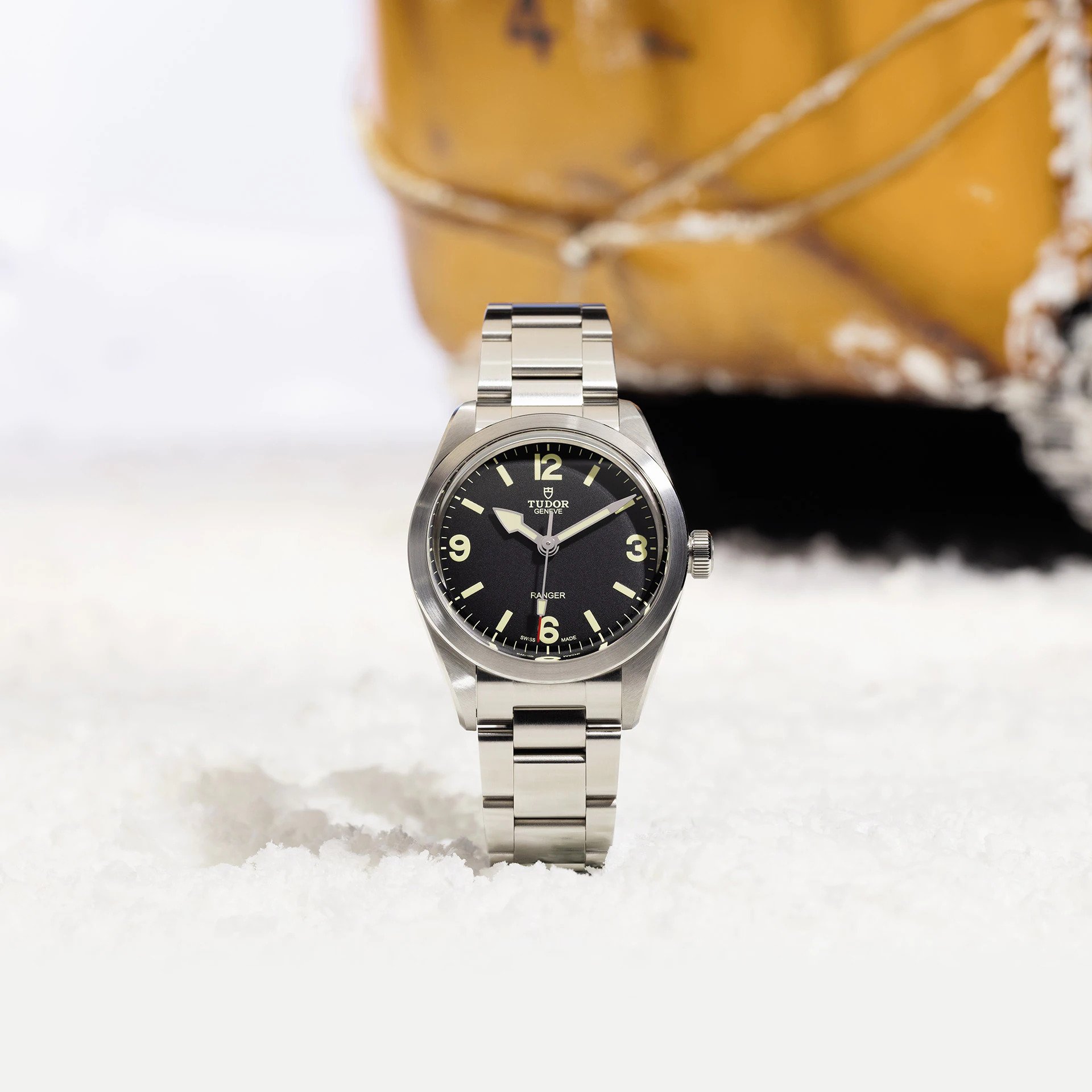 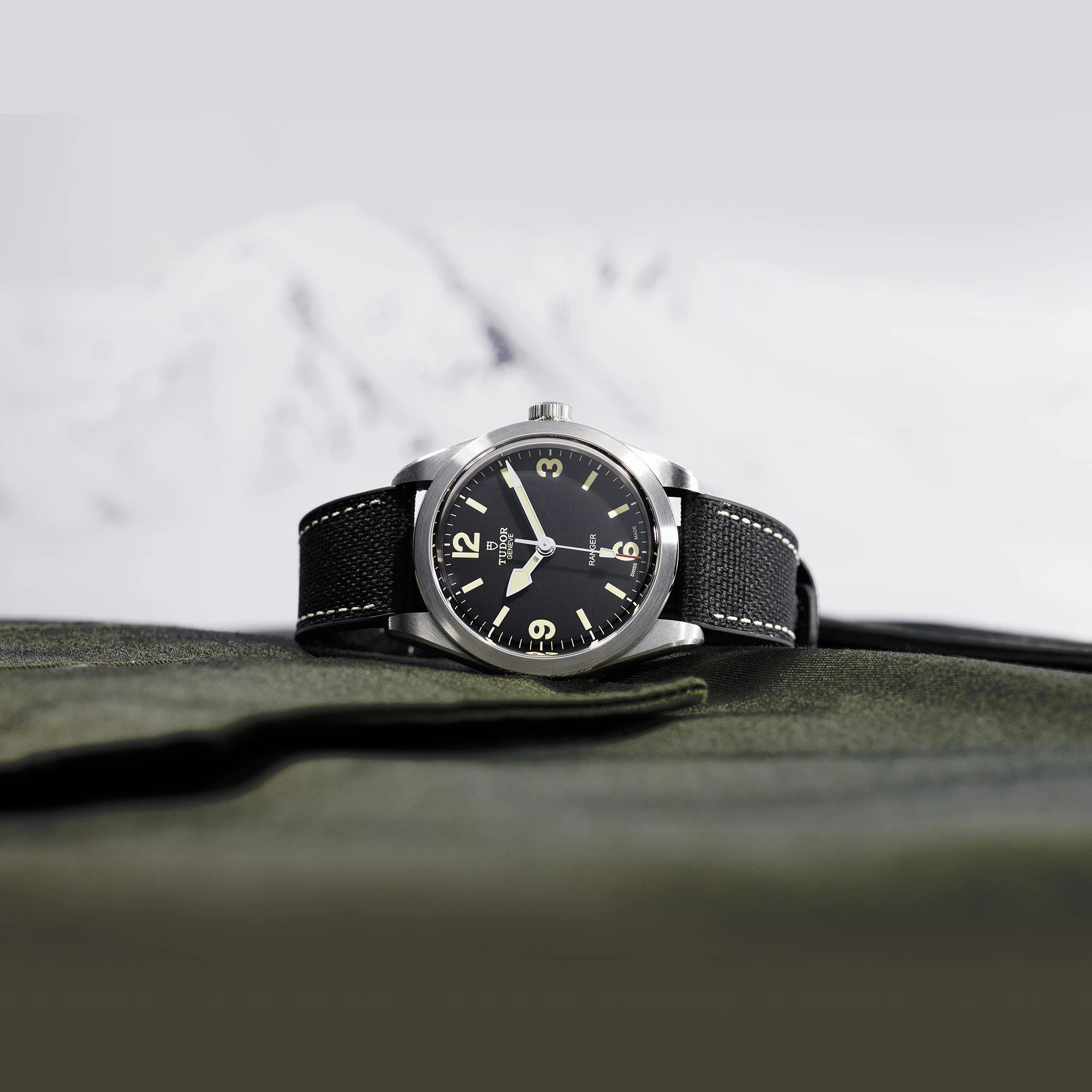 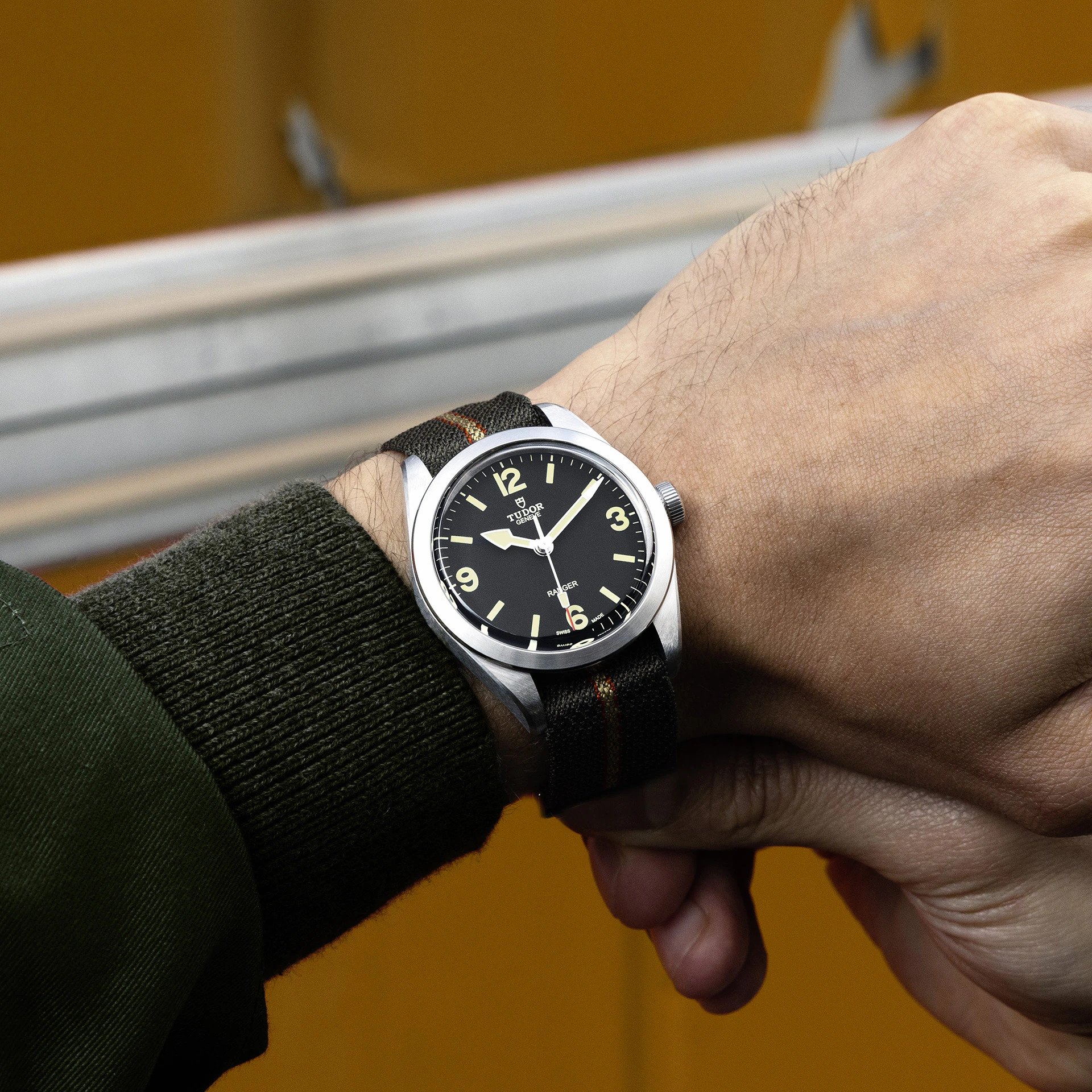 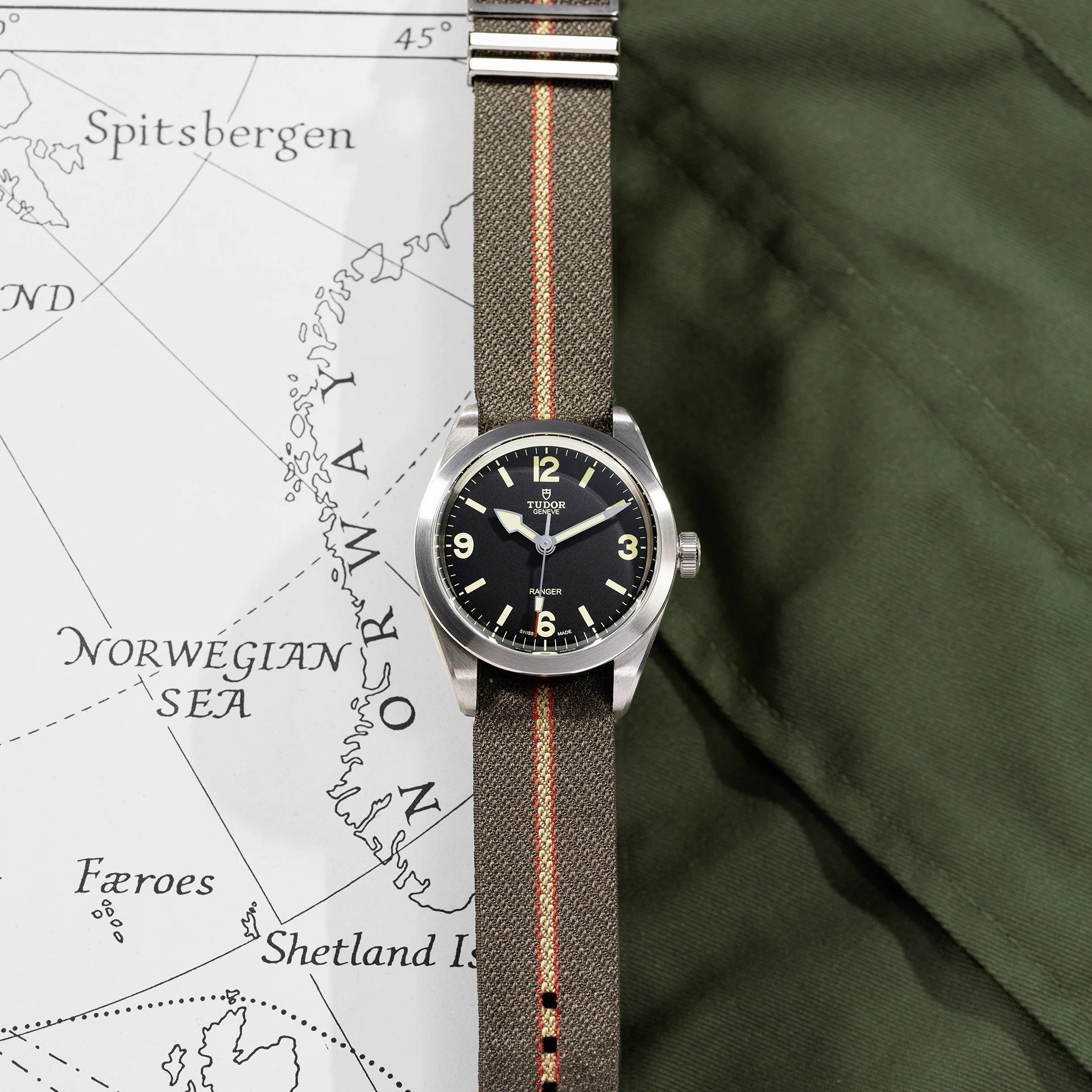