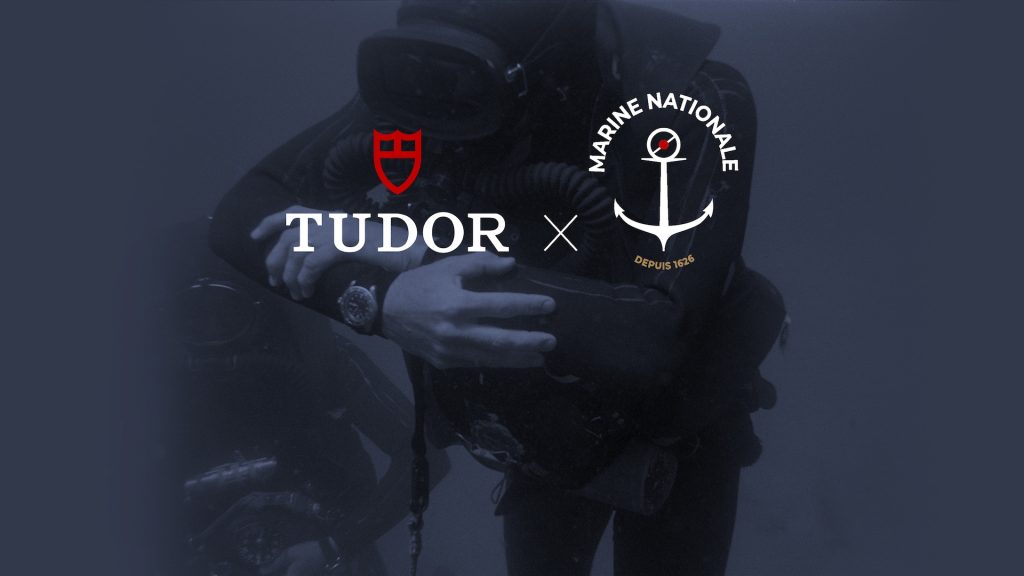 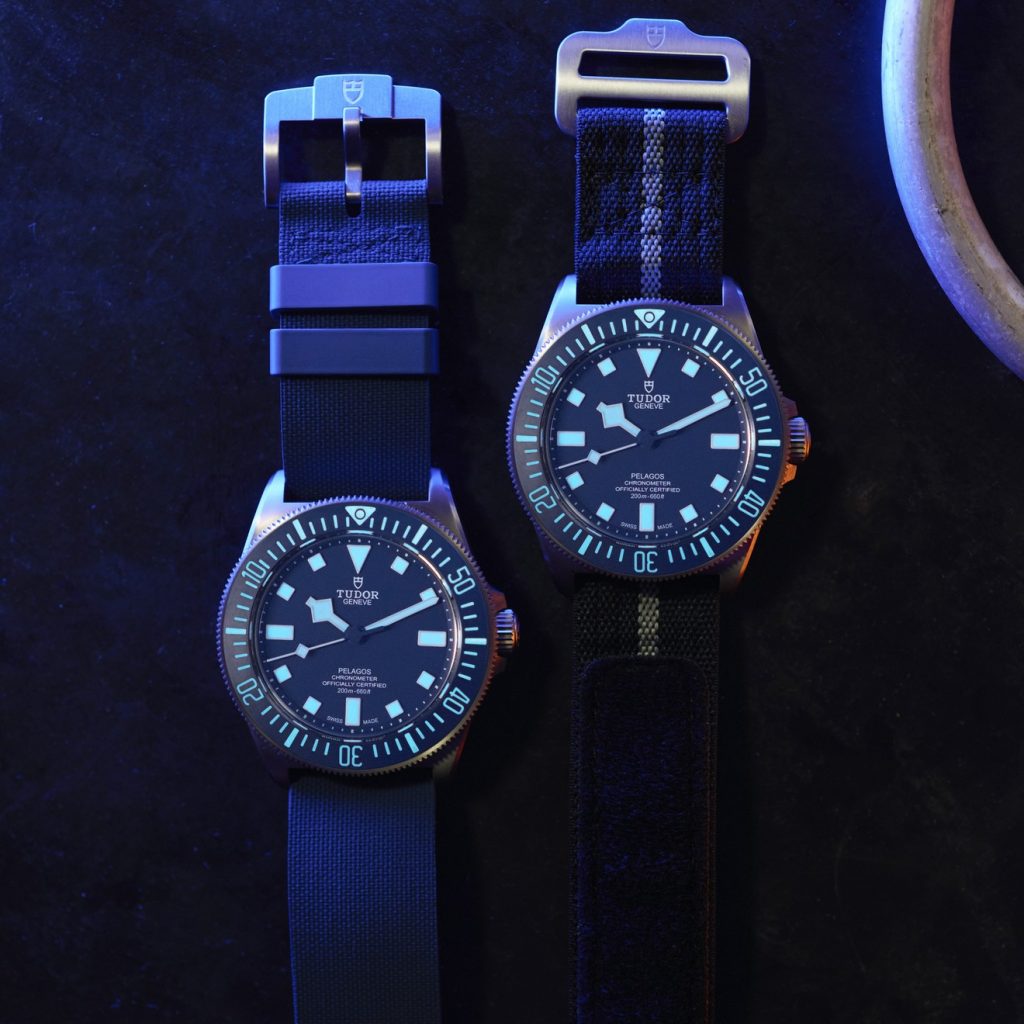 Earlier this year, TUDOR announced its partnership with the Marine Nationale, the maritime arm of the French armed forces. A partnership rooted in history, which started with when TUDOR asked the Groupement d’Étude et de Recherches Sous-Marines (G.E.R.S.) to test the Oyster Prince Submariner 7922 and 7923 dive watches, water resistant up to 100 meters. The acting commander subsequently made a request for watches with a water resistance of 200 meters, which led to the development of the 1958 TUDOR Submariner 7924 'Big Crown', followed by the 1959 7928 - the first of which featured the 'Square Crown Guards'. The legacy continued with the 7016 of the the seventies, which was the first TUDOR to be engraved with the M.N. initials. The most famous TUDOR dive watch for the French navy is however the 9401 with its signature blue bezel and matching dial. In fact, this was used well into the 2000's. 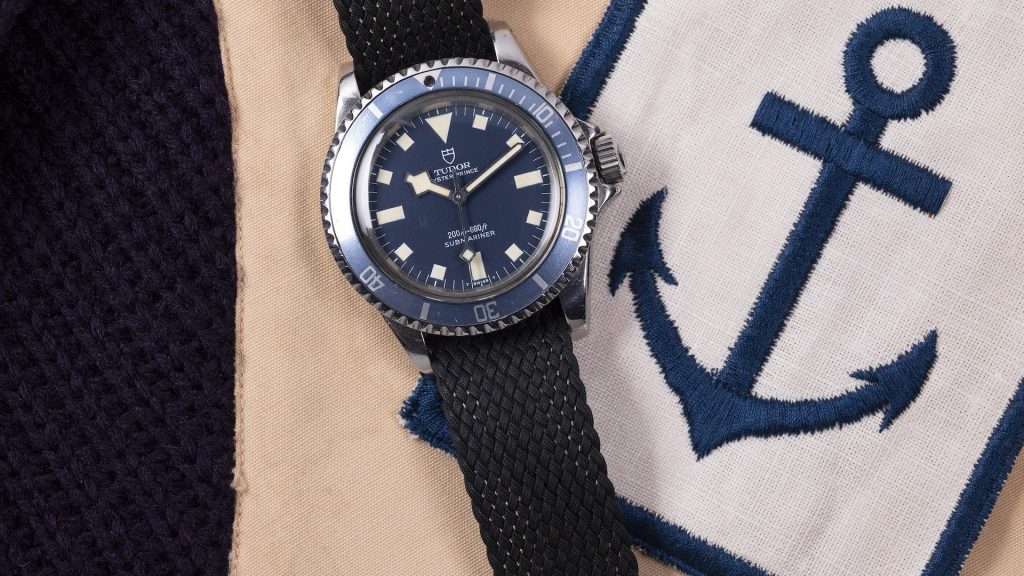 But we digress. Whilst the renewed partnership between the Marine Nationale and TUDOR was announced a few months back, it is only today that we get to see the fruit of this collaboration. Please welcome the TUDOR Pelagos FXD M25707b/21-0001! 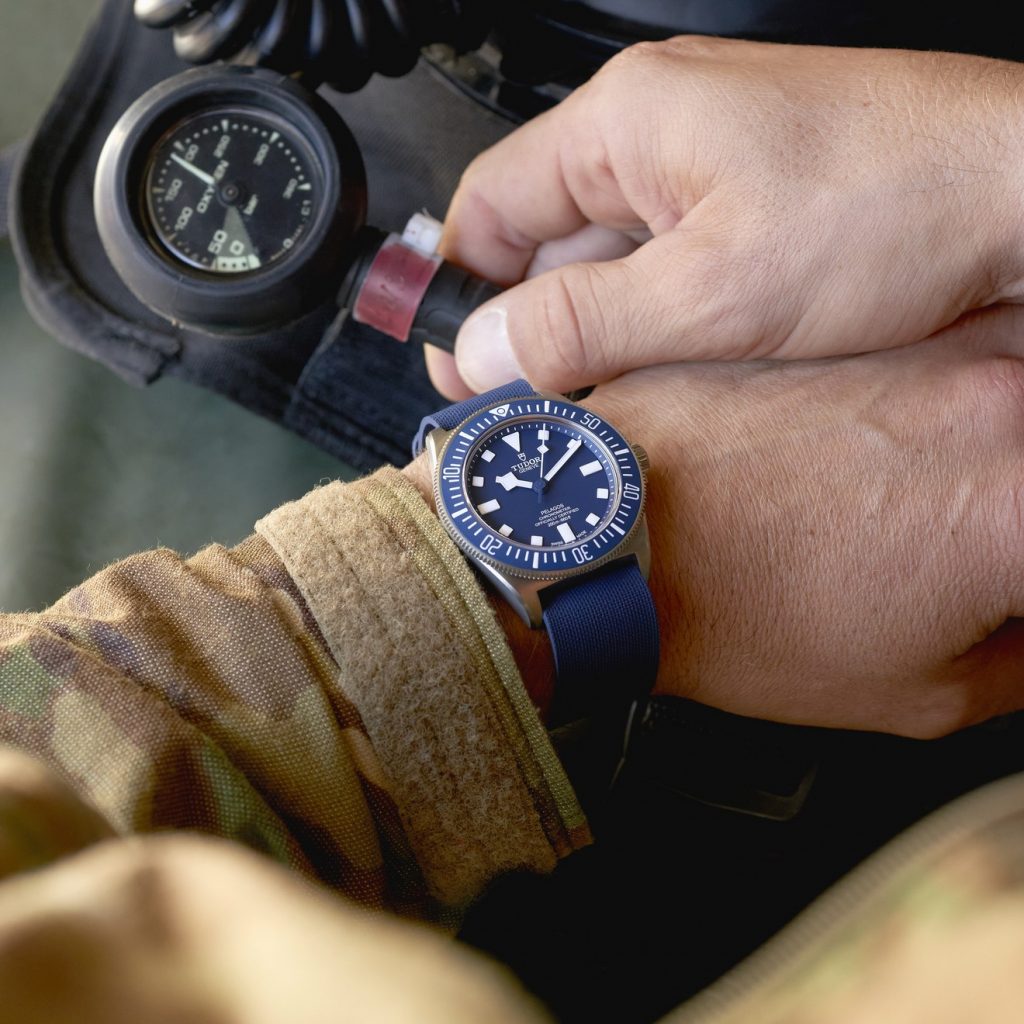 The TUDOR Pelagos FXD 25707B/21 is the brands first contemporary dive watch created in collaboration with the French Marine Nationale. As we've come to expect from watches of the TUDOR Pelagos collection, the Pelagos FXD is entirely modern but also rooted in history. The TUDOR Pelagos FXD has a titanium case with a diameter of 42mm. The case is crowned by a bidirectional bezel. The ceramic inlay is engraved has a 60 unit countdown scale with markers at each of the 60 units - a tip of the hat to the Rolex Milsub perhaps? As an ultimate expression of military cool, the TUDOR Pelagos FXD features fixed bars. This means that there's no spring bar, but rather a fixed bar between the lugs - indeed, the FXD part of the reference number. As such, the watch is worn with loop-through straps. The TUDOR Pelagos FXD is delivered with two of them - one in rubber, and one in fabric. 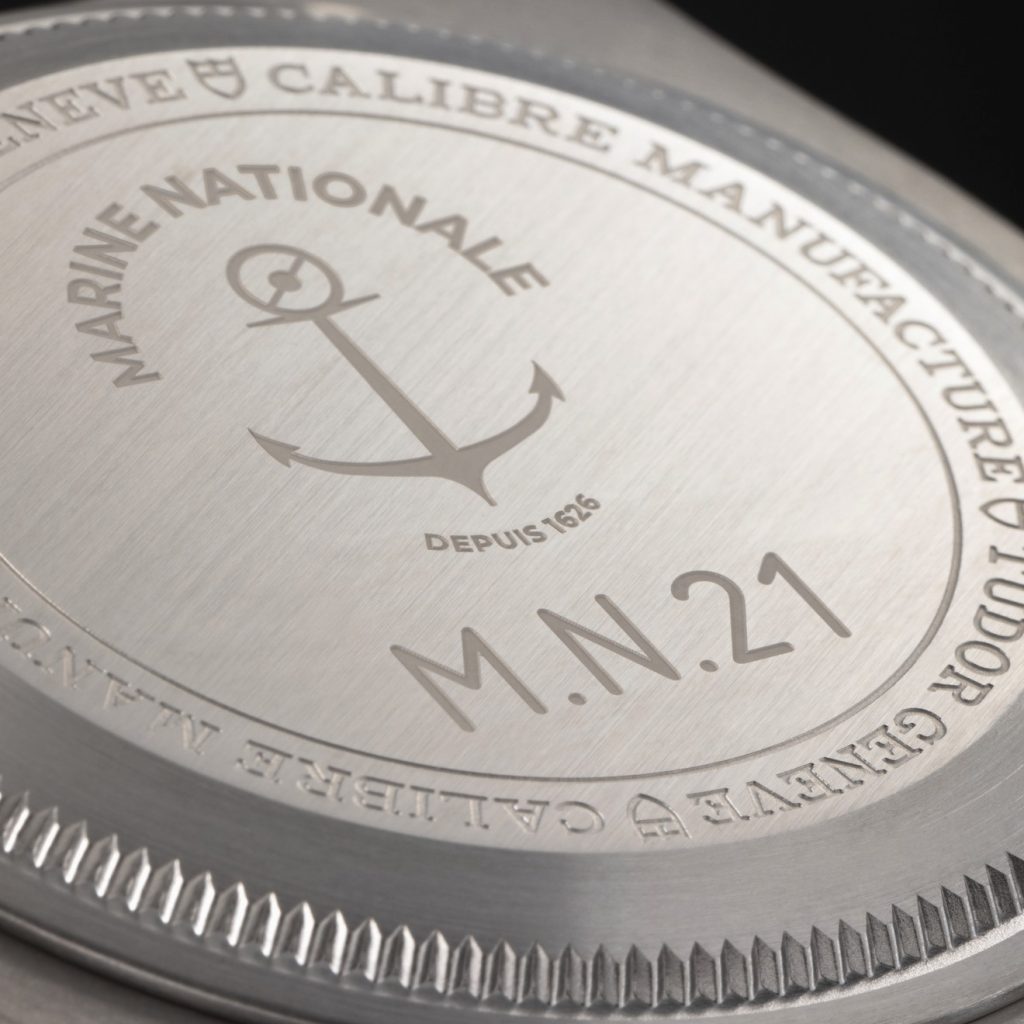 Inside the TUDOR Pelagos FXD ticks the brand's manufacture caliber MT5602, a COSC-certified self-winding movement with a power reserve of 70 hours. It is hidden from view by a closed back engraved with the year of production. Unlike the regular Pelagos, the FXD does not feature a helium escape valve. 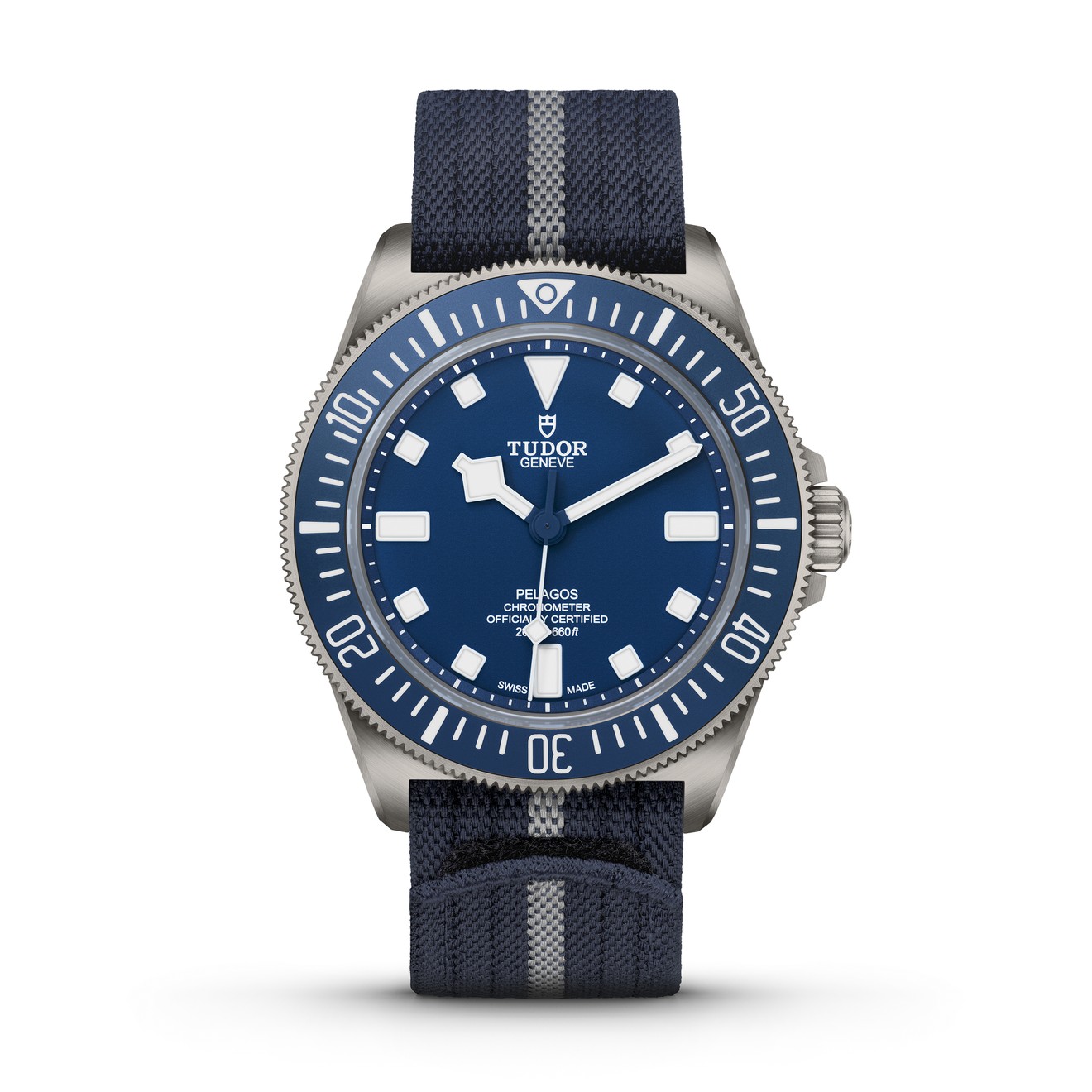 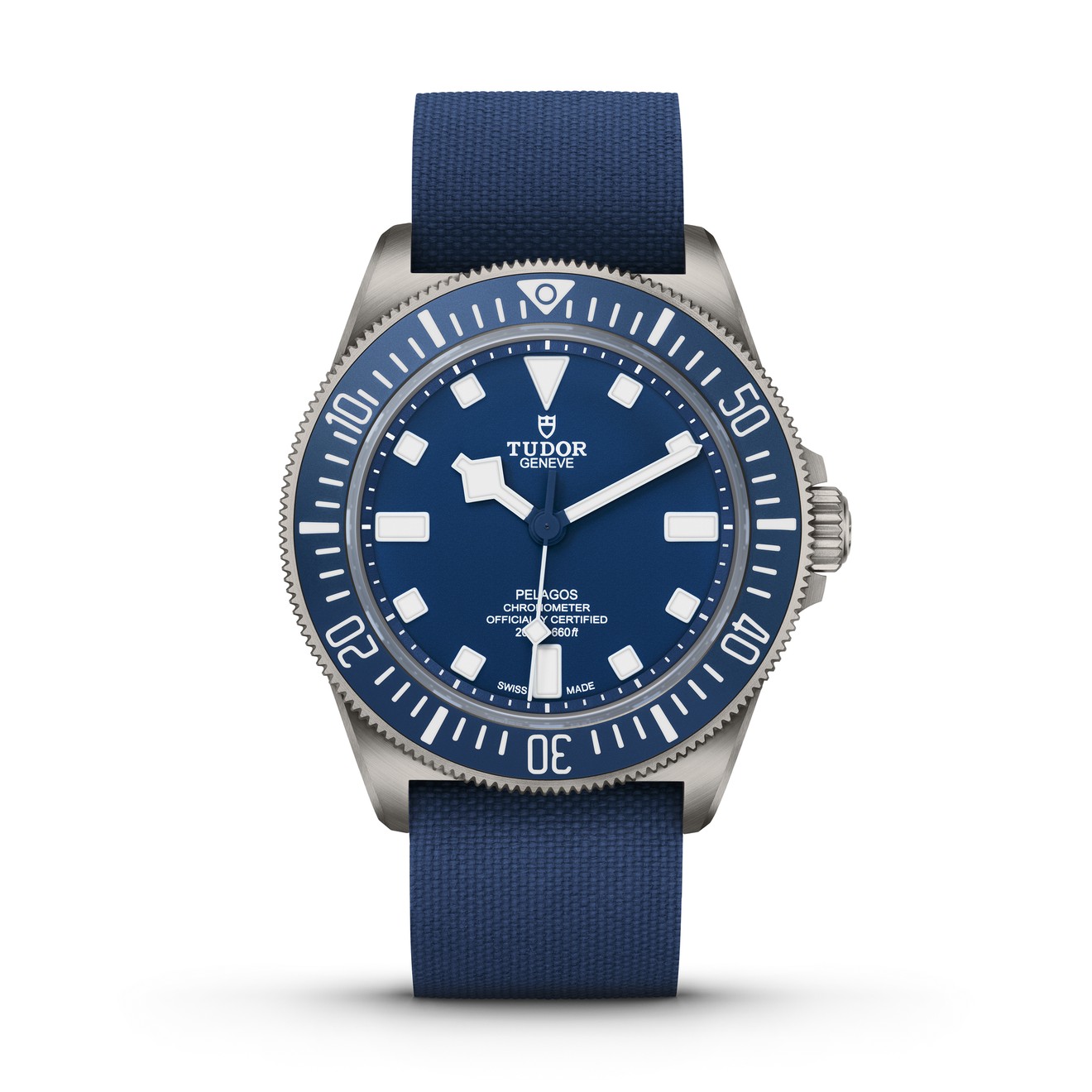 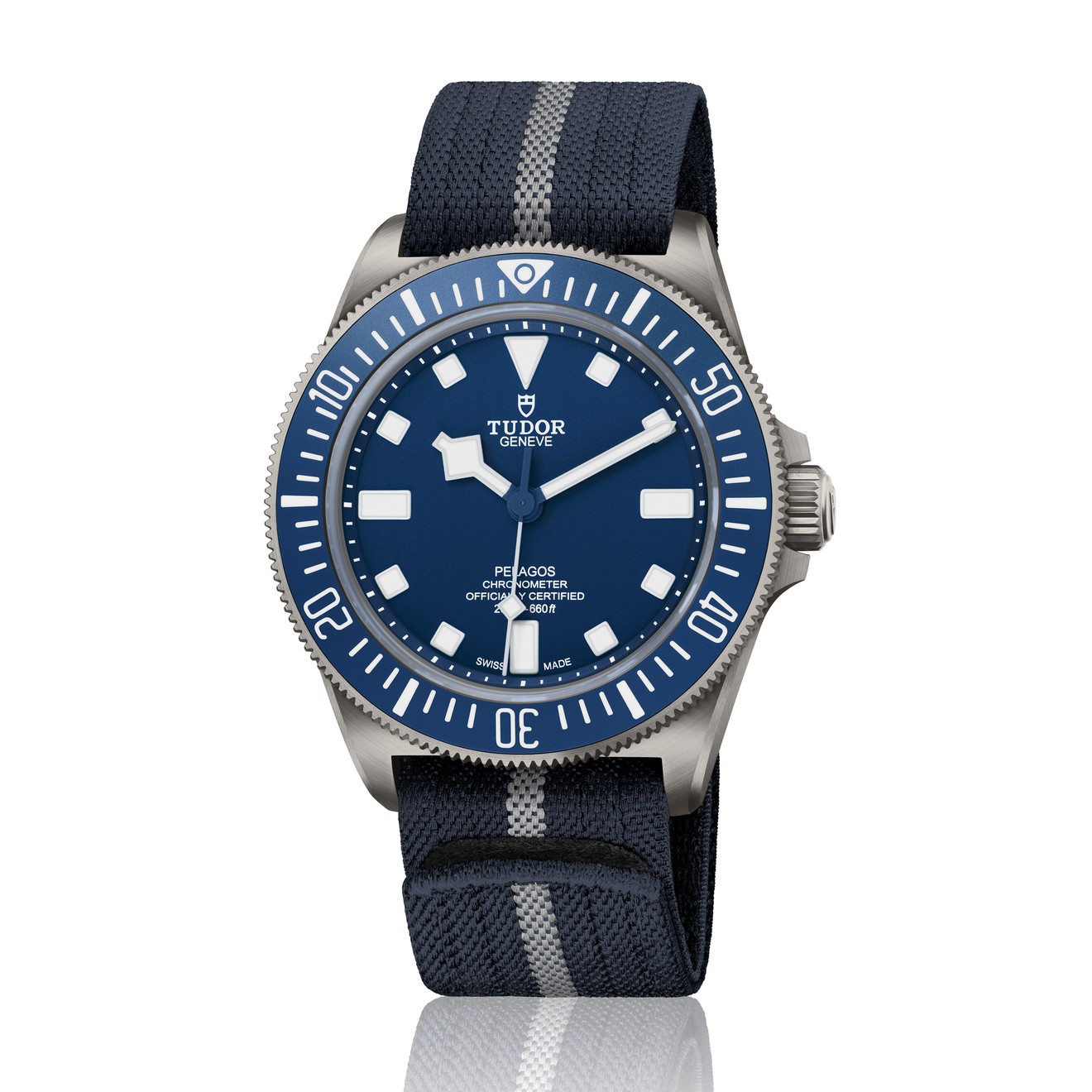 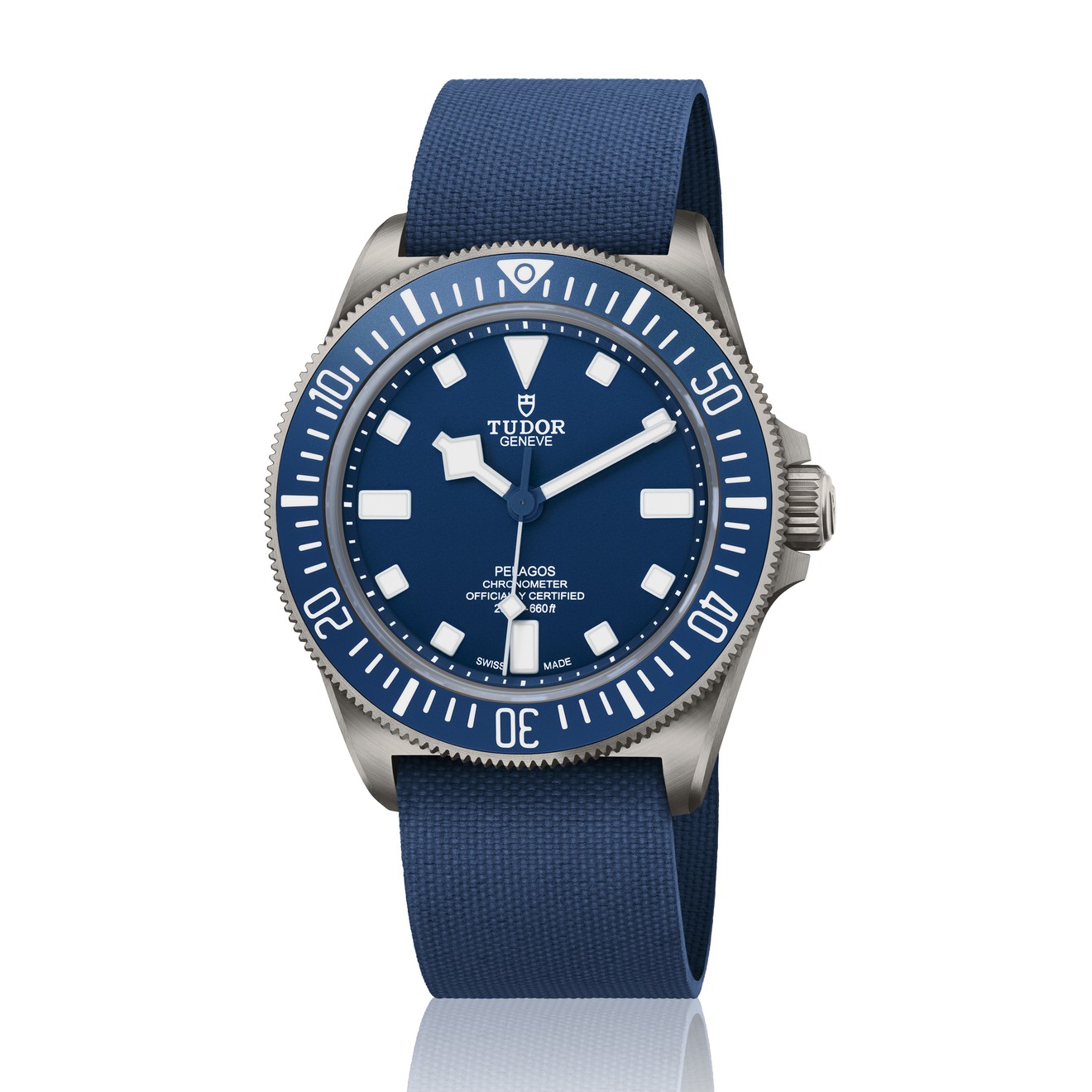 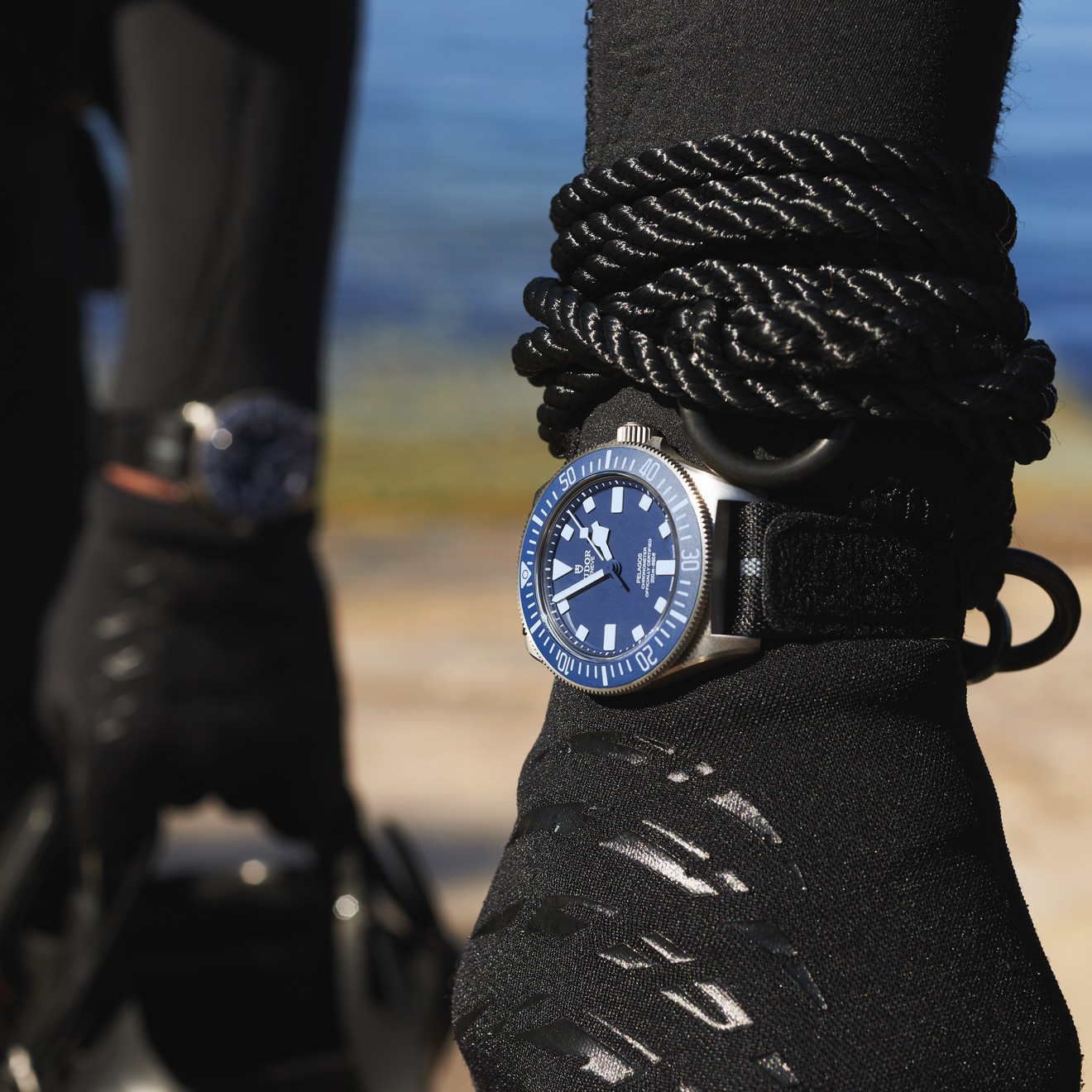 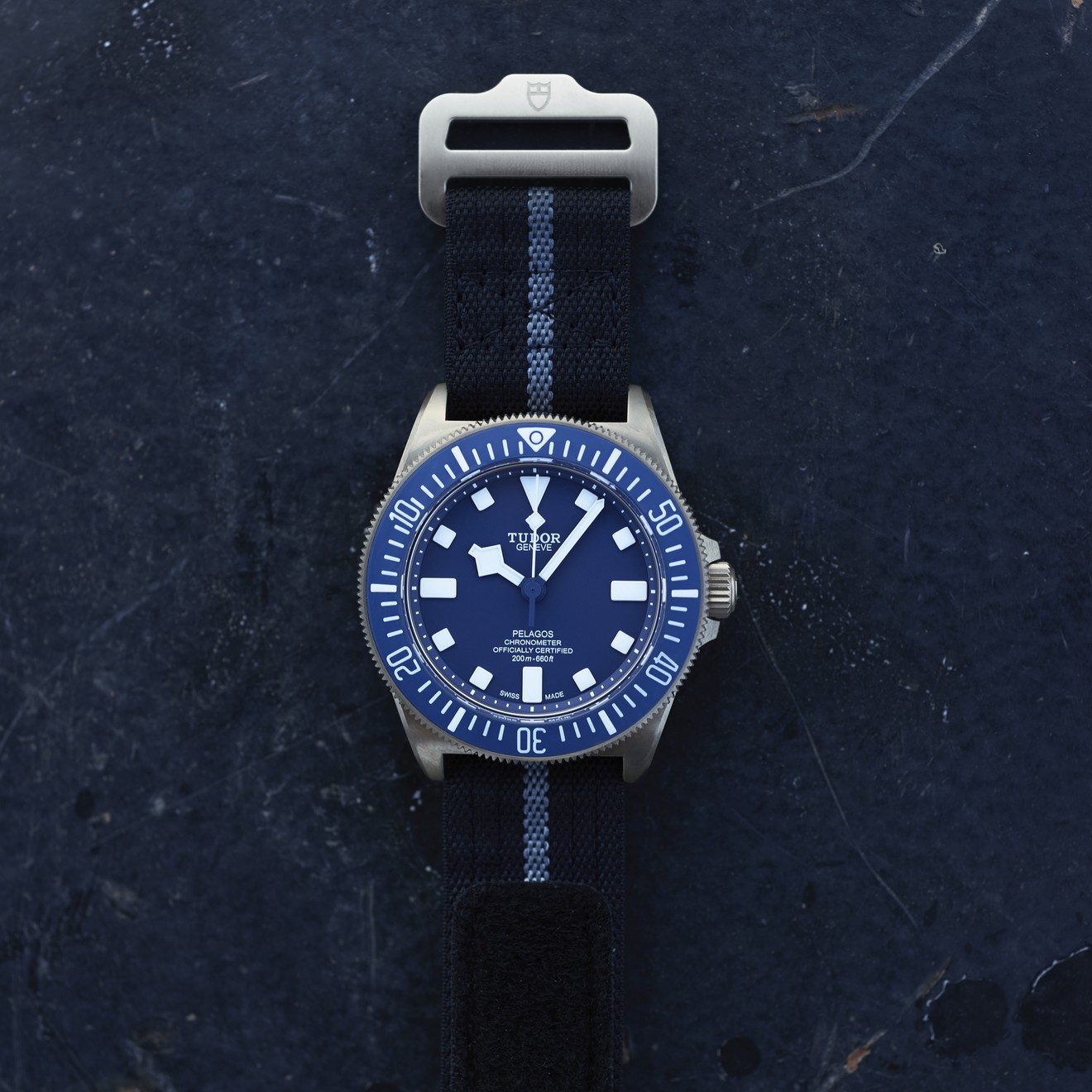 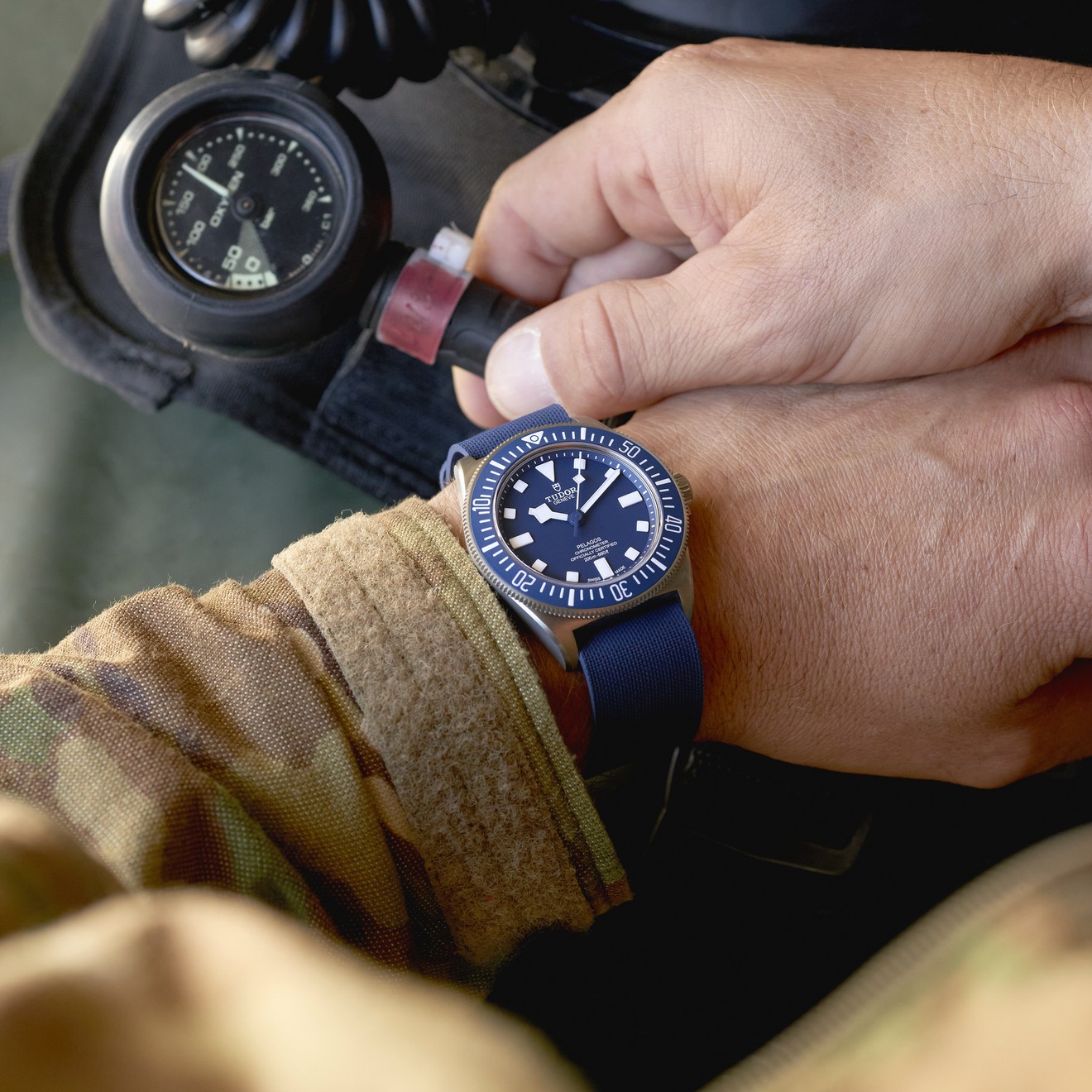 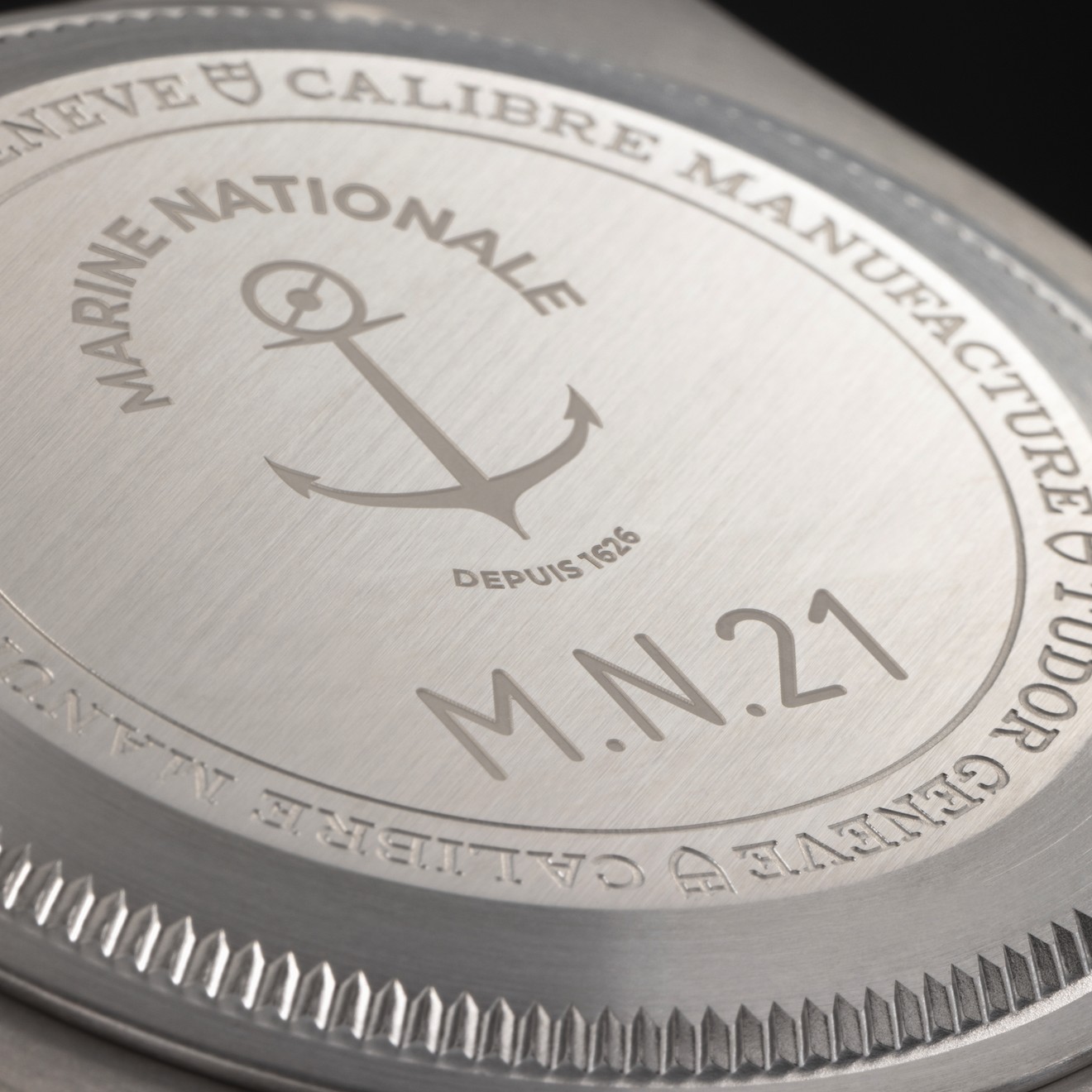 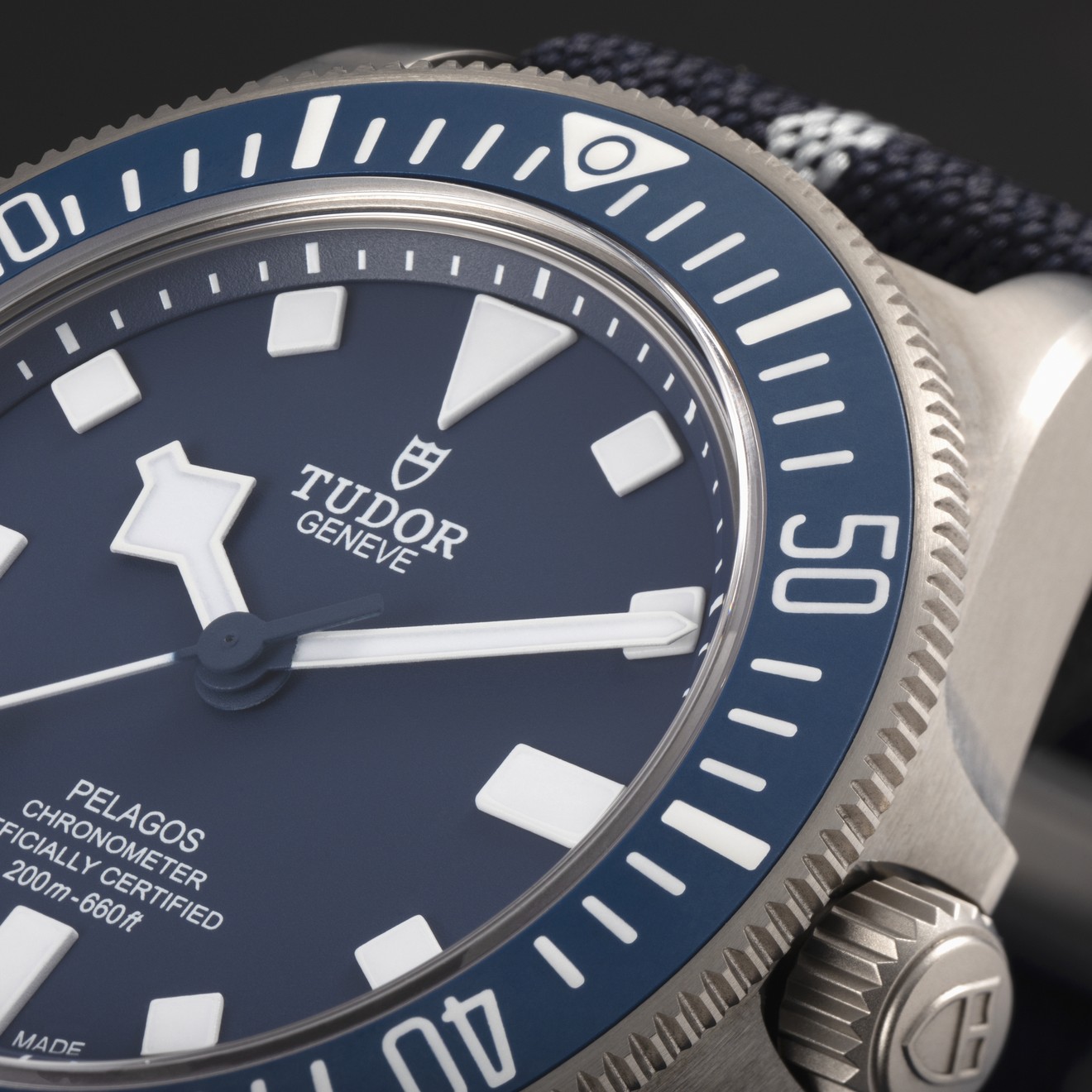 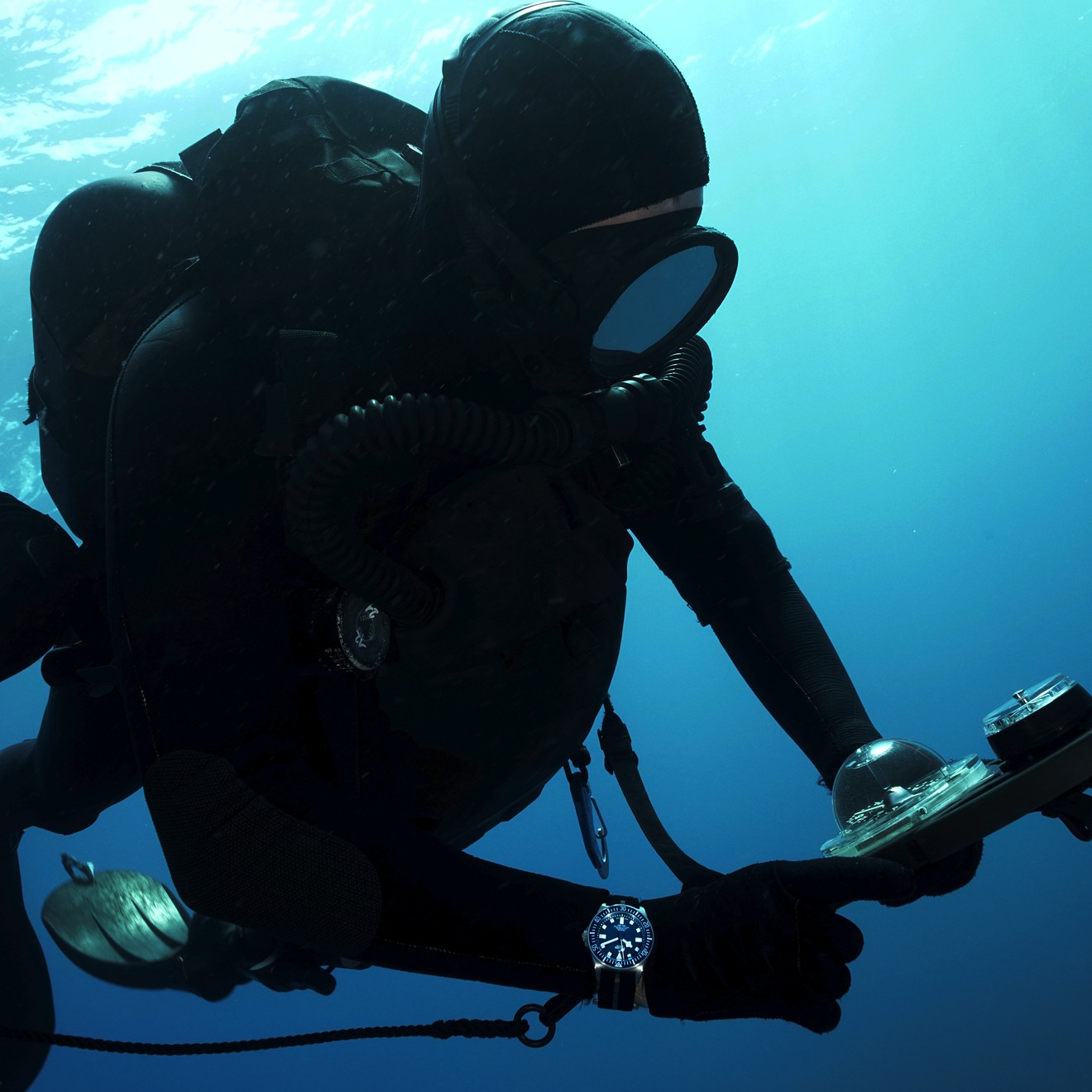 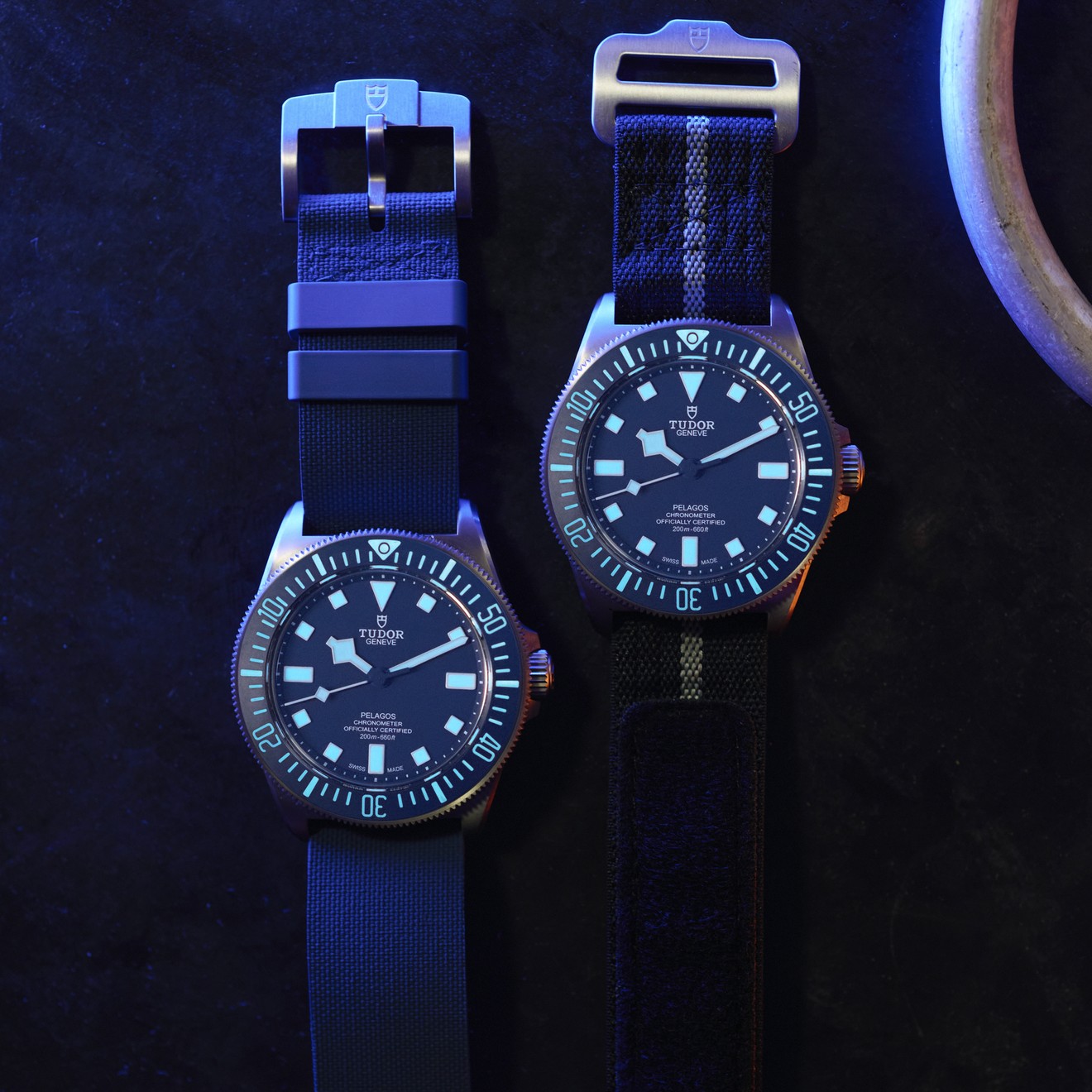 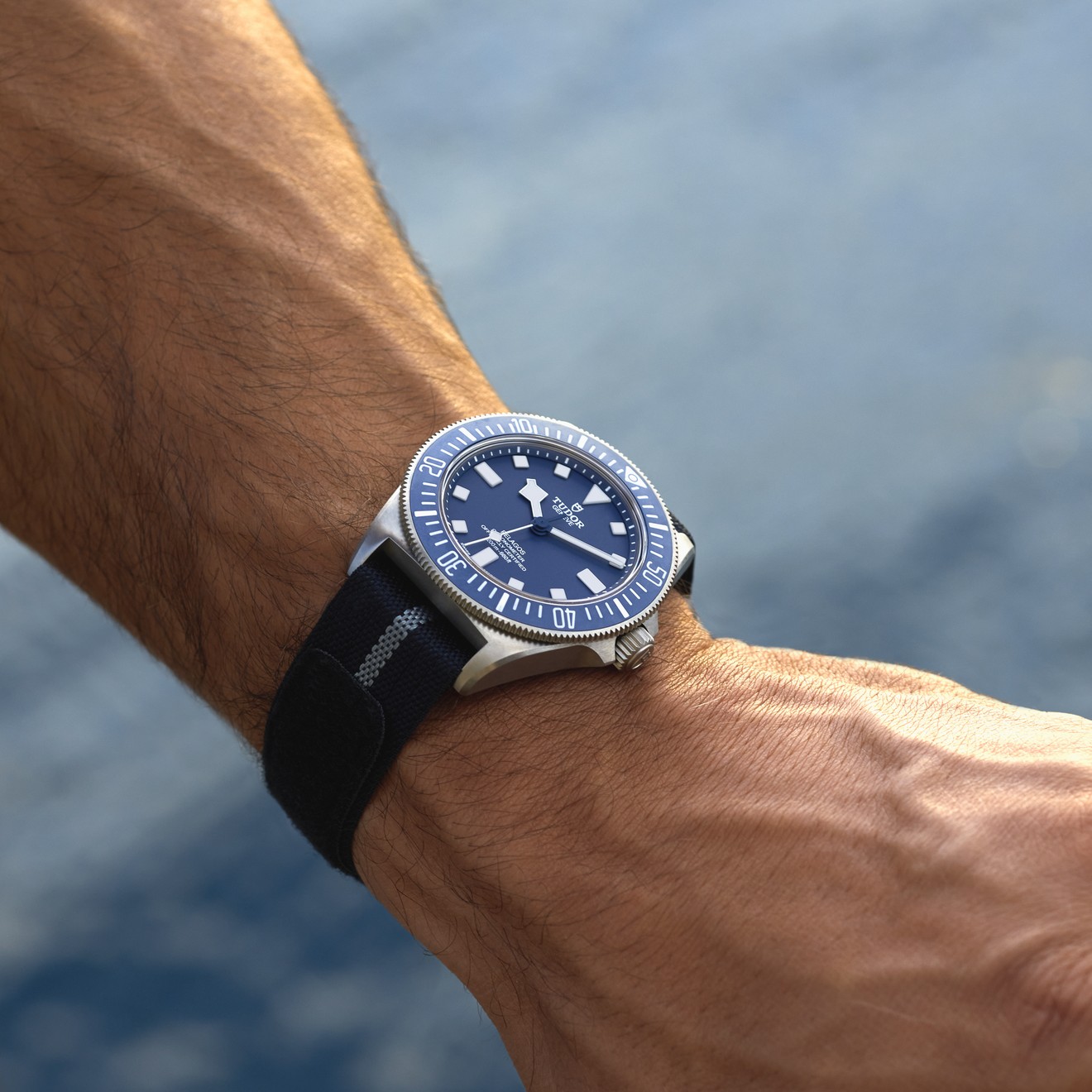 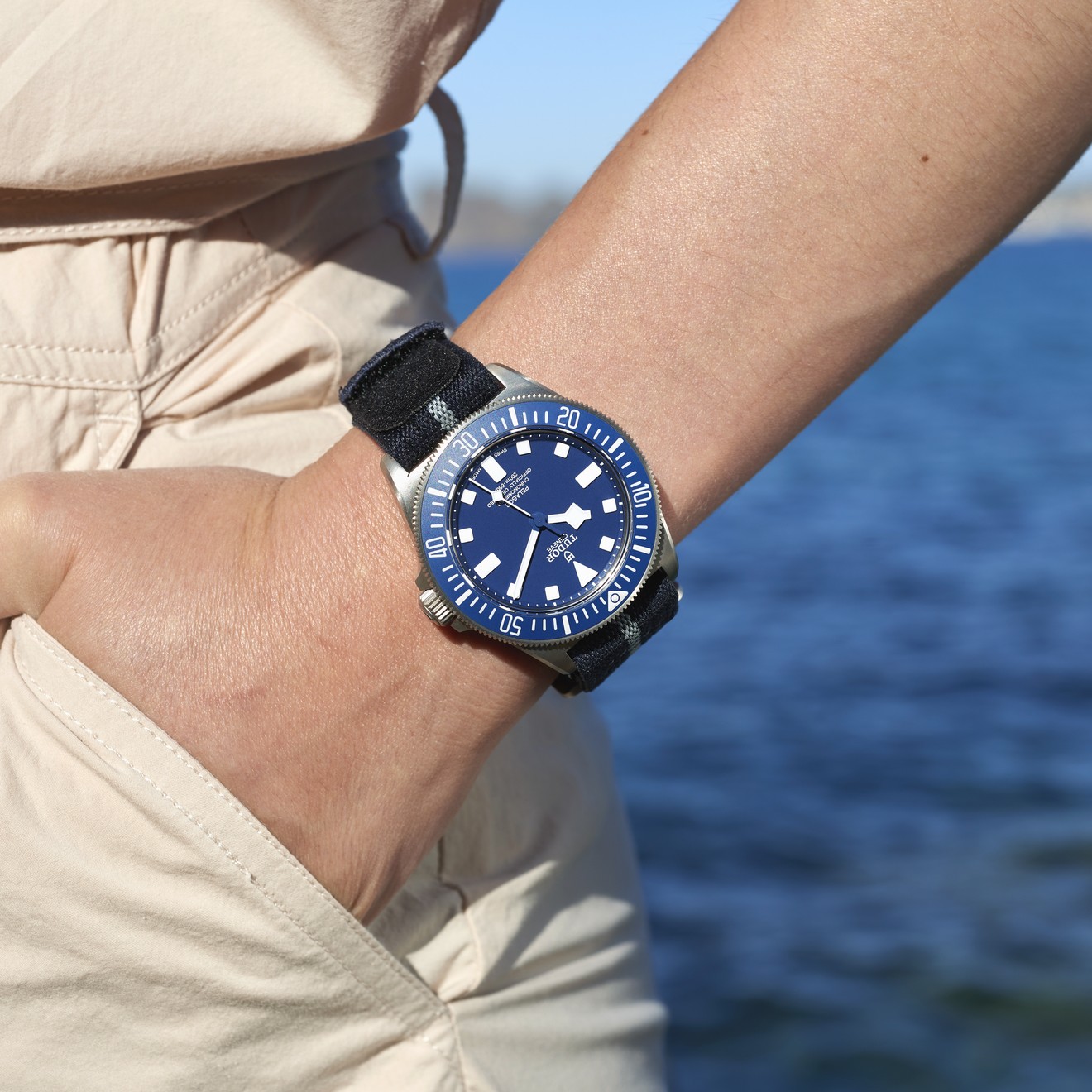 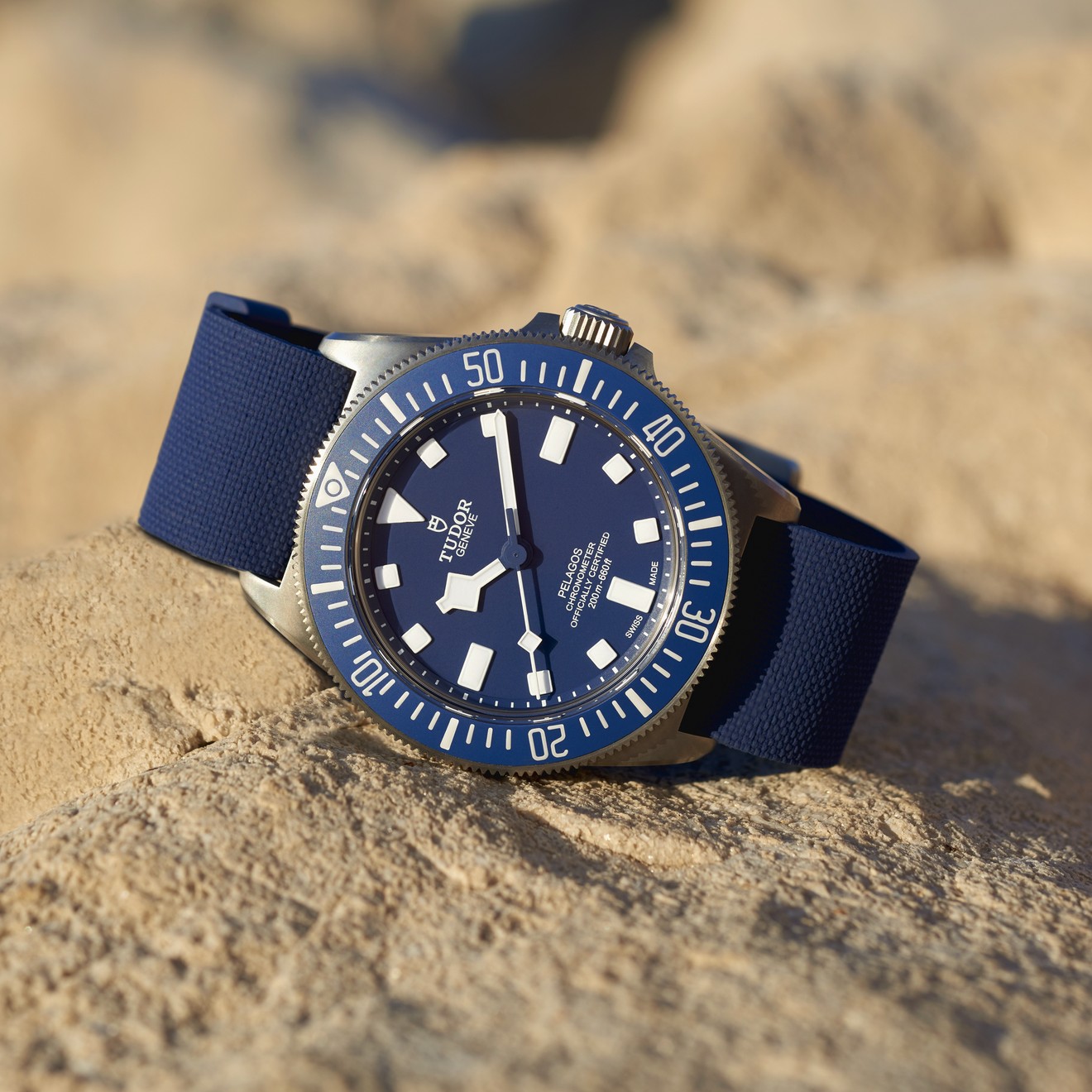