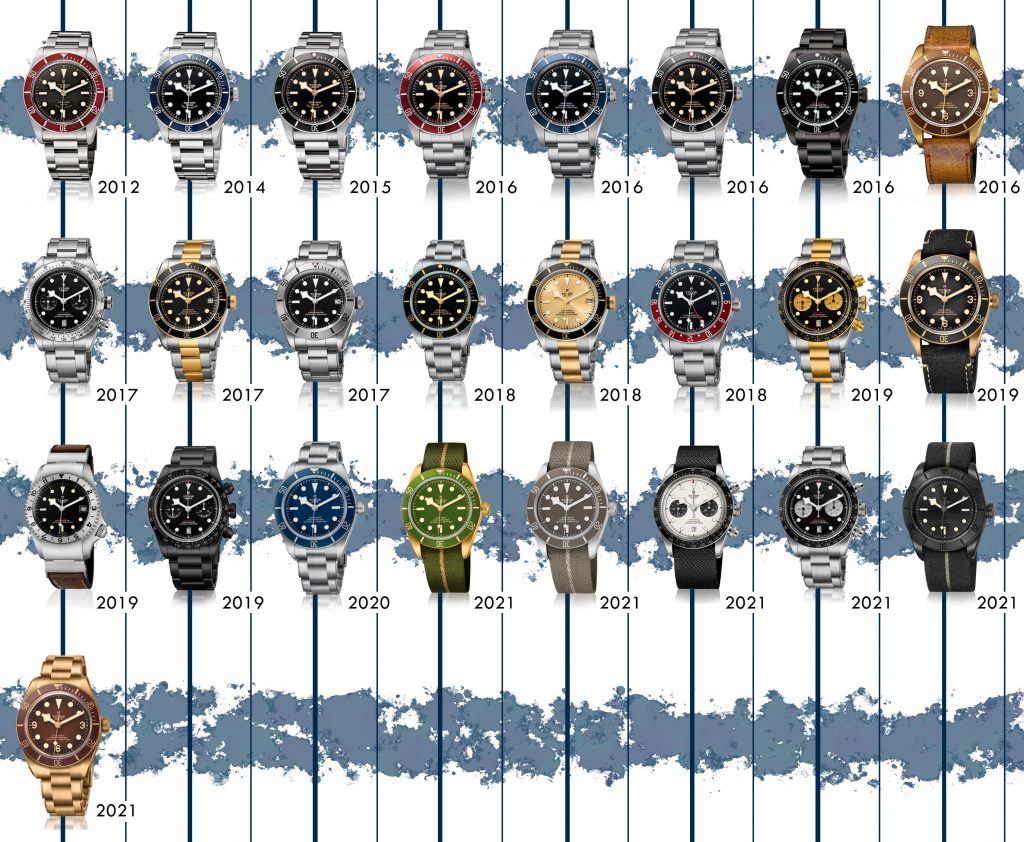 It's been nearly a decade since the launch of the original TUDOR Black Bay. What started out as one single watch has since grown out to become a family of watches with various complications, in various sizes, and in various materials. In this blog post we'll attempt to provide a timeline of TUDOR's most popular family. Join us for the ride!

Please note that the list below is fairly complete but not exhaustive. It consists of all regular production models with a few retailer specials and the Only Watch unique pieces. Special editions and smaller series such as l'Italiano, State of Qatar and others are not included. 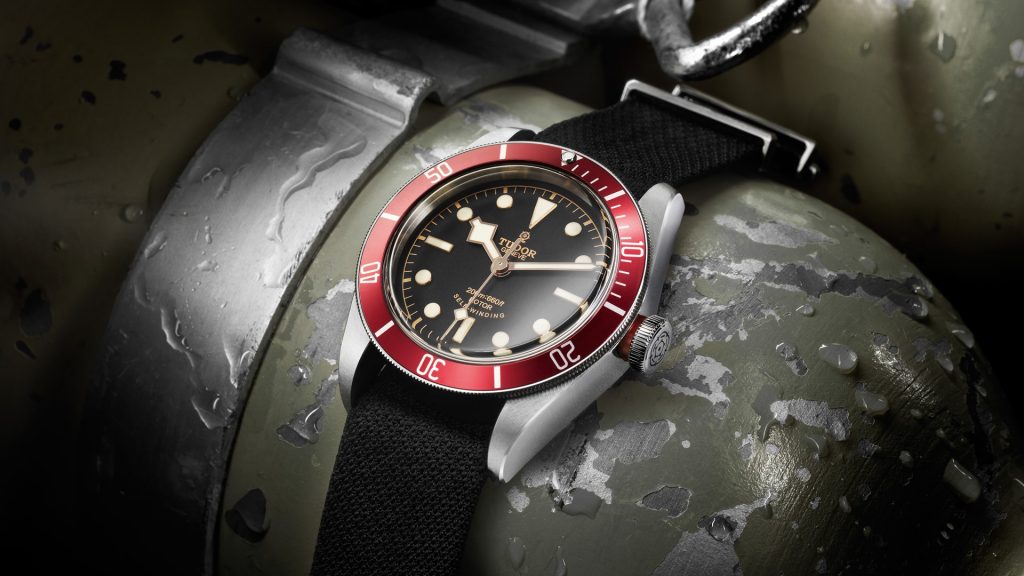 The original TUDOR Black Bay is introduced at BaselWorld 2012. Two years prior the brand had released the Heritage Chrono, which was inspired by a watch from their archives. With the new Black Bay, TUDOR continues on this path. The watch combines cues from several models dive watches from TUDOR's back catalogue, presented in an updated package at a reasonable price. The original TUDOR Black Bay, reference 79220R, has a black dial with gilt printing, and a burgundy bezel. Power comes from ETA's 2824. The lay-out of the Self-Winding print is the reason collector's now refer to these as 'Smiley Face'. 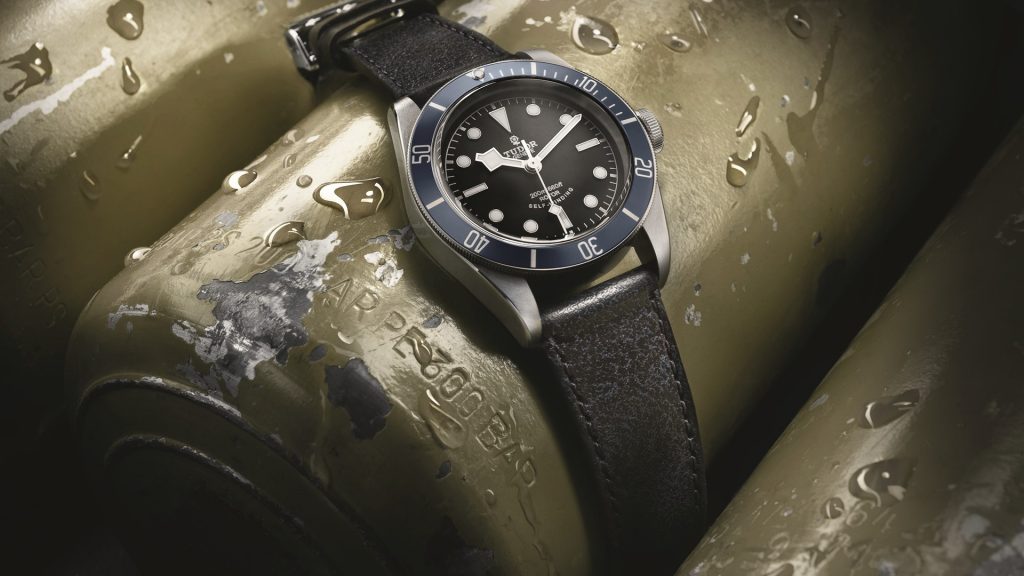 In 2014 TUDOR presents a new take on the Black Bay in the form of the reference 79200B. This watch has a blue inlay for the bezel. In addition, the black 'Smiley Face' dial features silver print and white lume rather than the vintage tones found on the original, which gives the watch a colder and more technical appearance. Technical specifications remain unchanged. 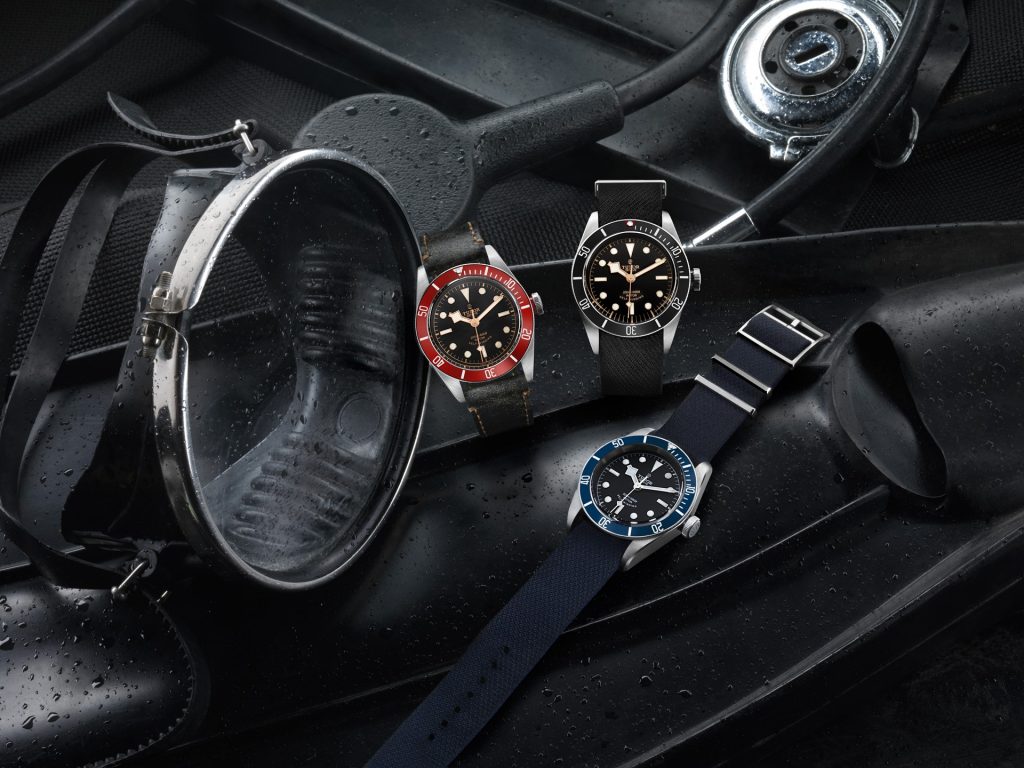 In 2015 TUDOR adds a third option to the Black Bay family in the form of the reference 79220N. With its black bezel (with red triangle!) and gilt print, this Black Bay is arguably the most classical of the three, closely mimicking the tones found on aged vintage watches. 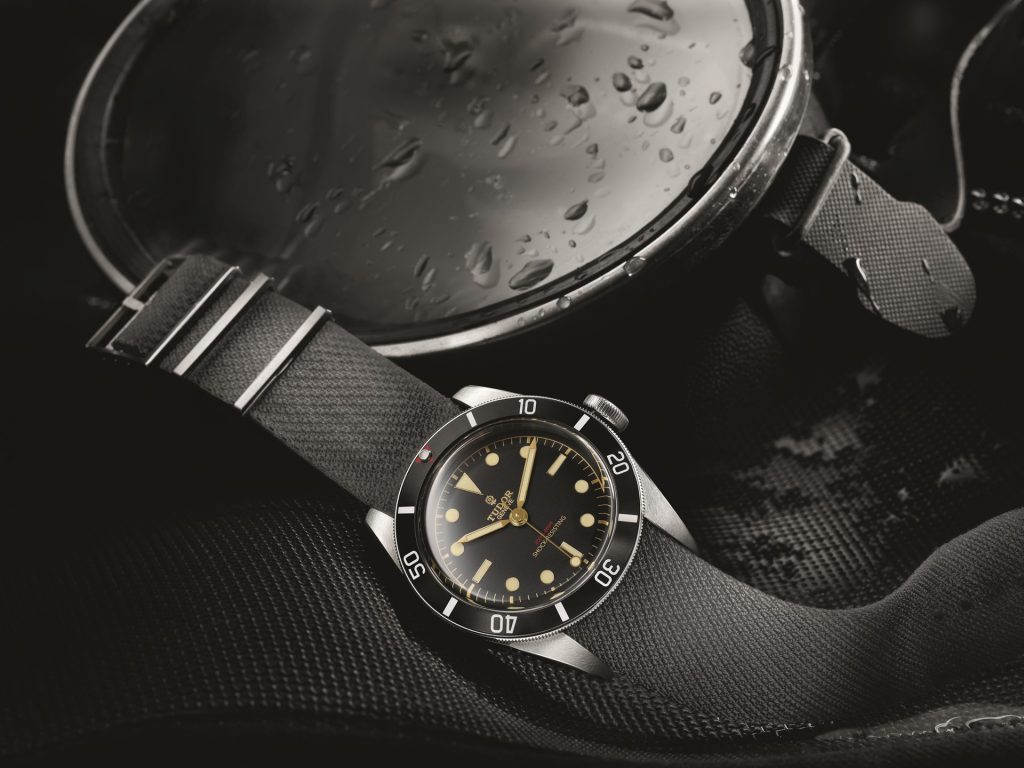 TUDOR also participated in the Only Watch auction of 2015. For this the brand created the Black Bay One. This pièce unique follows the design codes of TUDOR's first dive watch even more closely, with the most notable change from the production model being the switch from snowflake style hands to a pair of pencil hands - and a lollypop -style seconds hand. 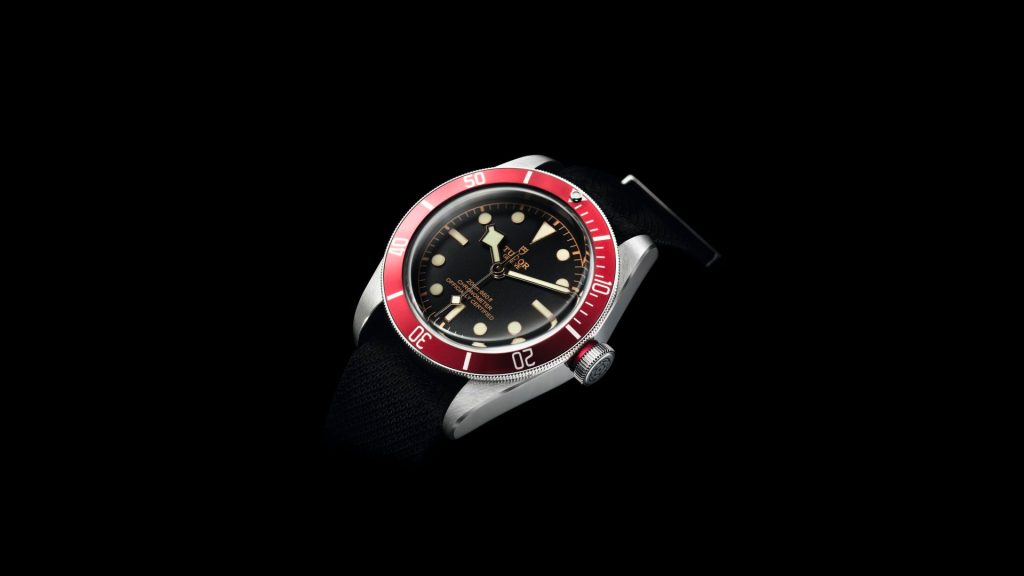 In 2016, TUDOR launches several new Black Bay models. The earlier burgundy, blue and black Black Bays are updated with an in-house movement. They now sport the shield logo rather than the rose, and the text OFFICIALLY CERTIFIED CHRONOMETER replaces the smiley-face layout of the outgoing generation. The Black Bay Dark is new as well. This Black Bay -now discontinued- has a PVD-coated case, and an optional matching bracelet.

This year TUDOR also launches its first Black Bay Bronze. Last but not least, there's the Black Bay 36, which puts the Black Bay dial and hands in a 36mm field watch style case. The smiley-face indicates that this is powered by an outsourced movement. 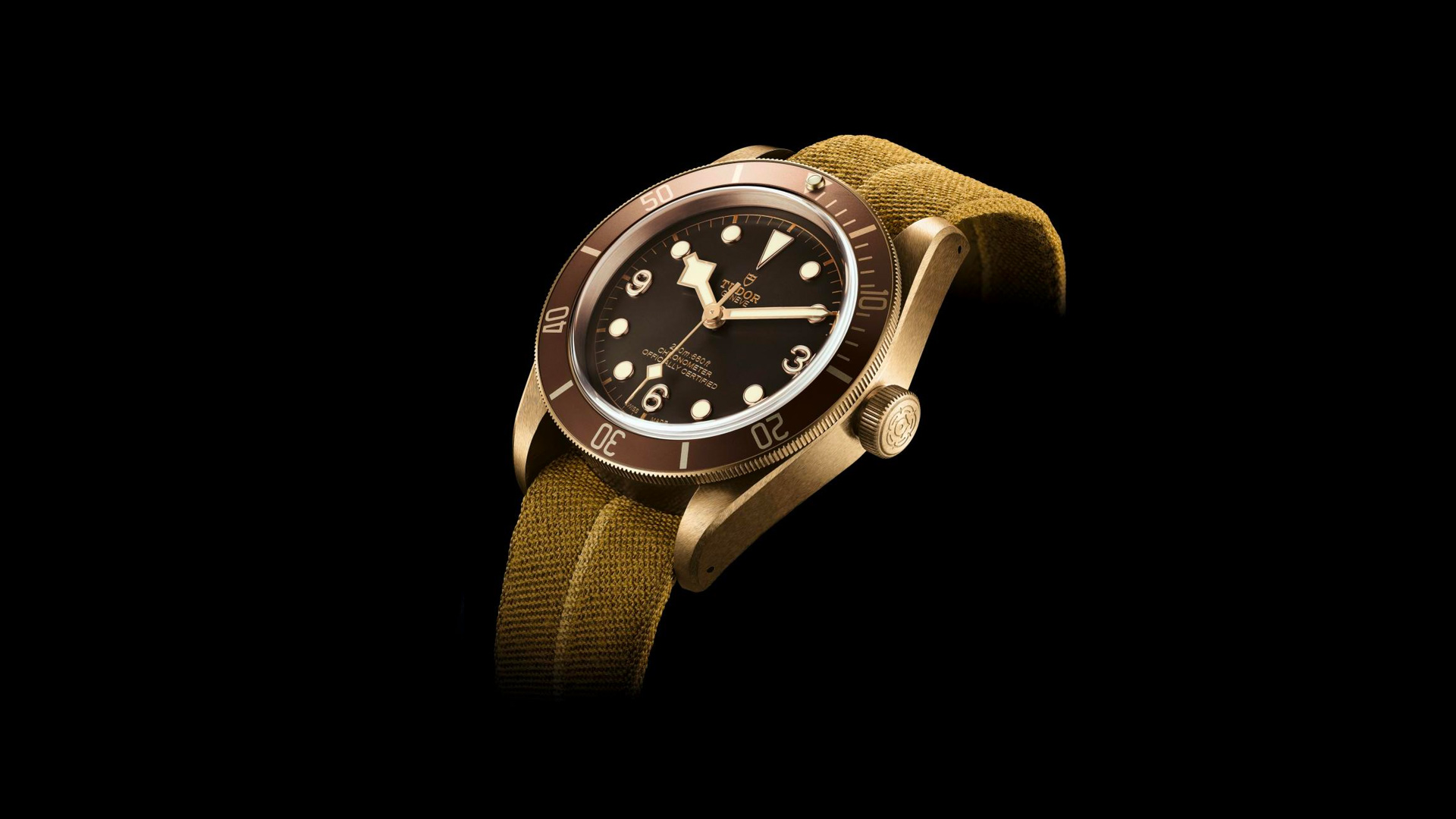 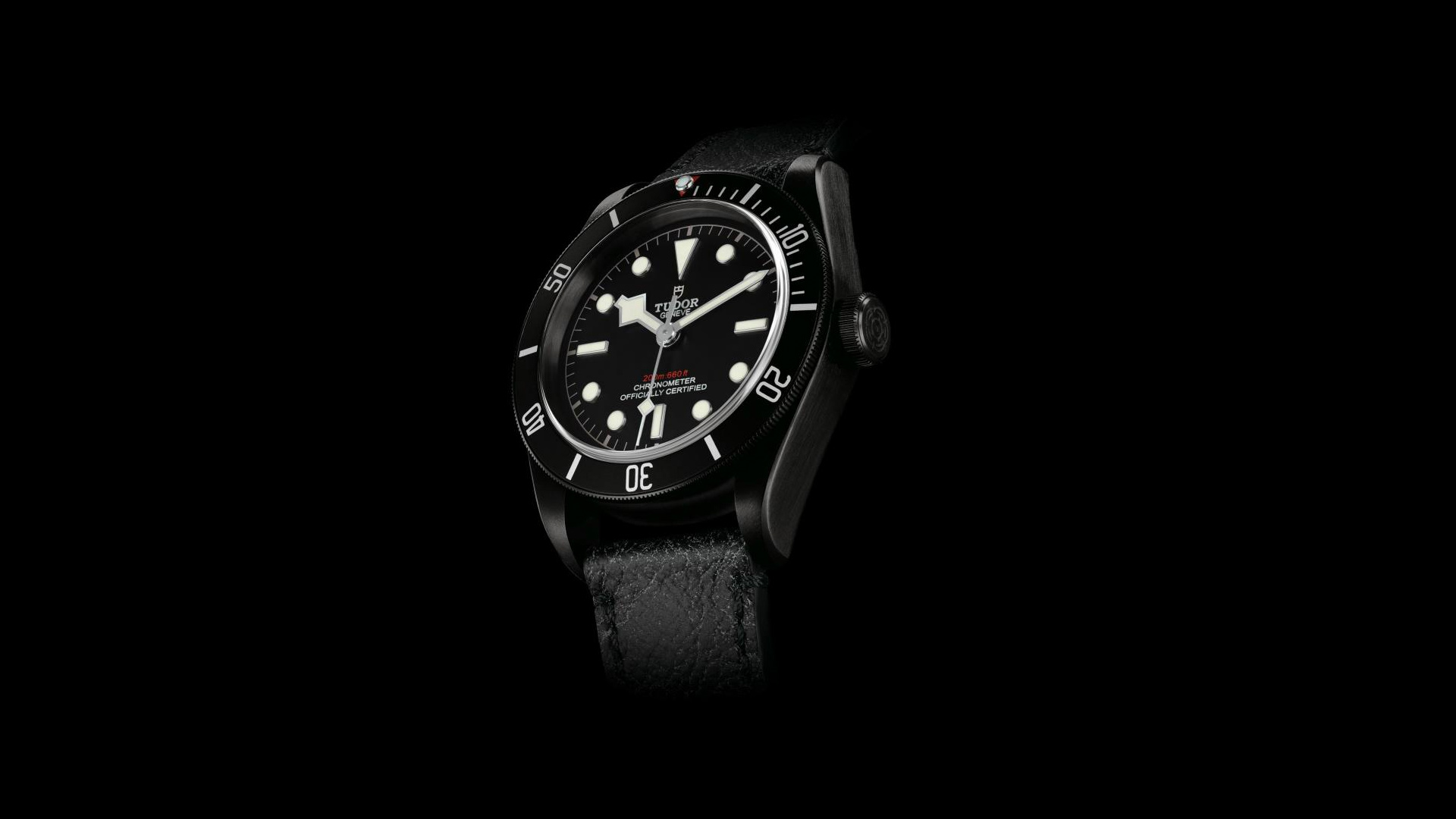 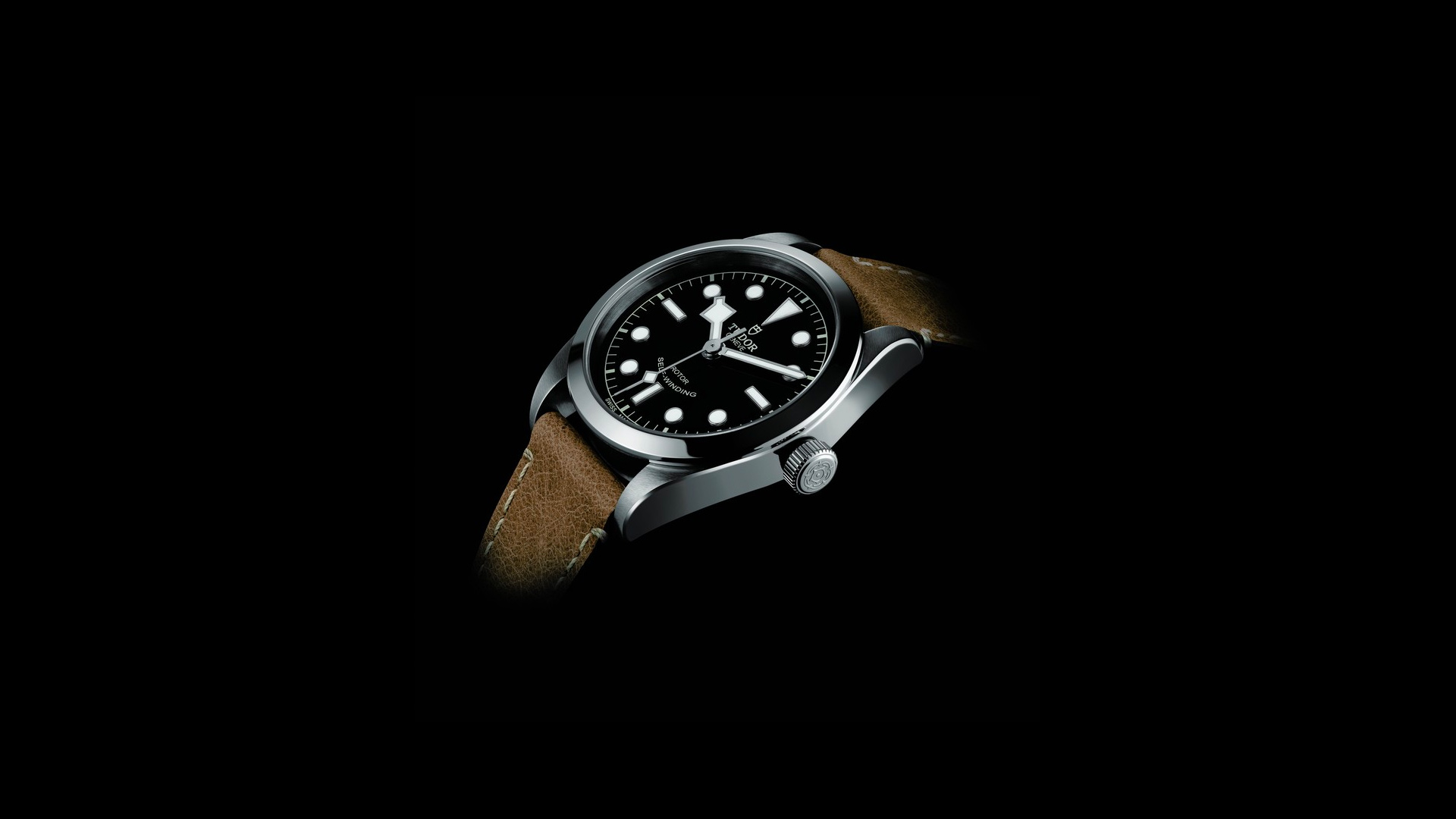 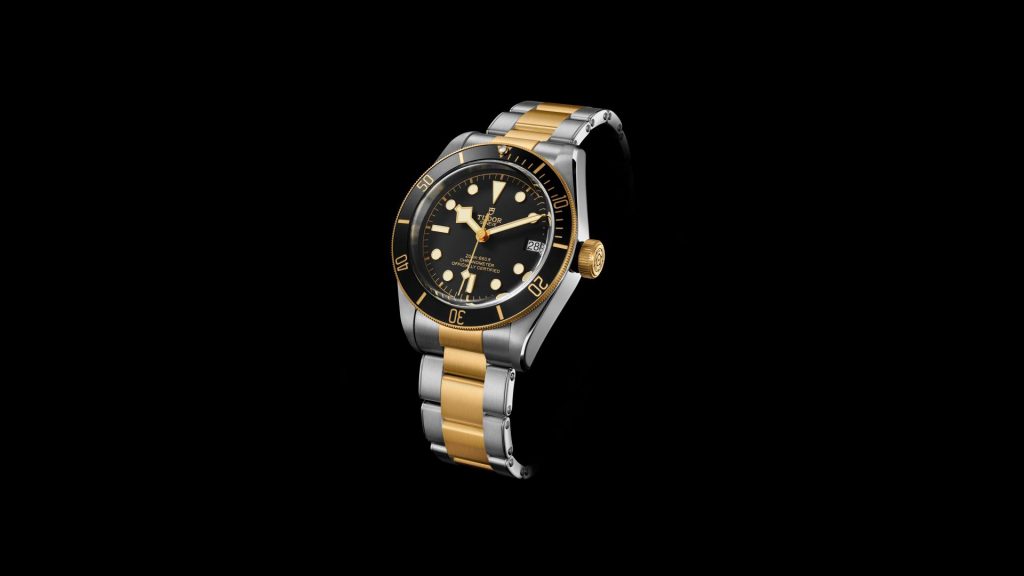 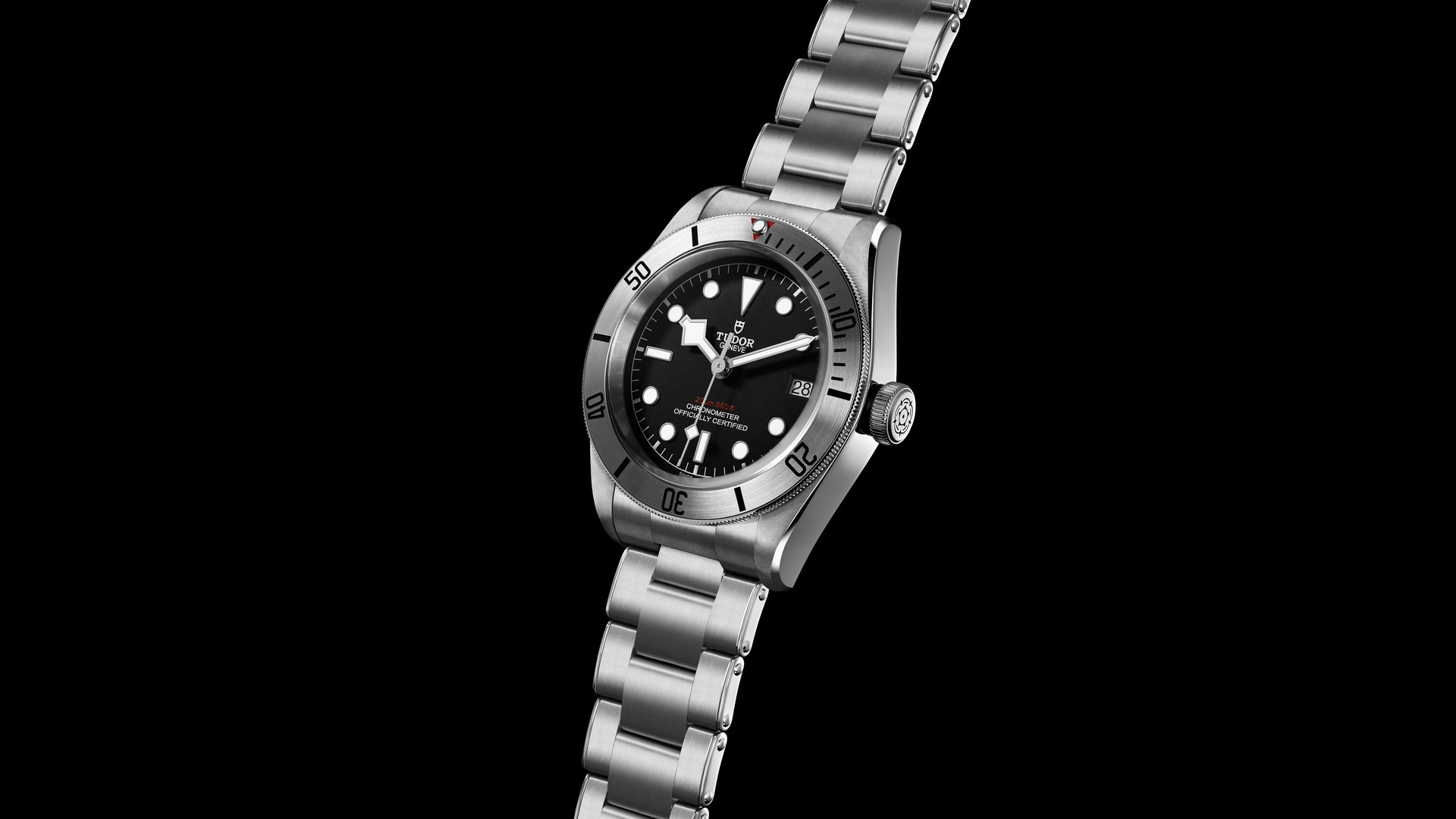 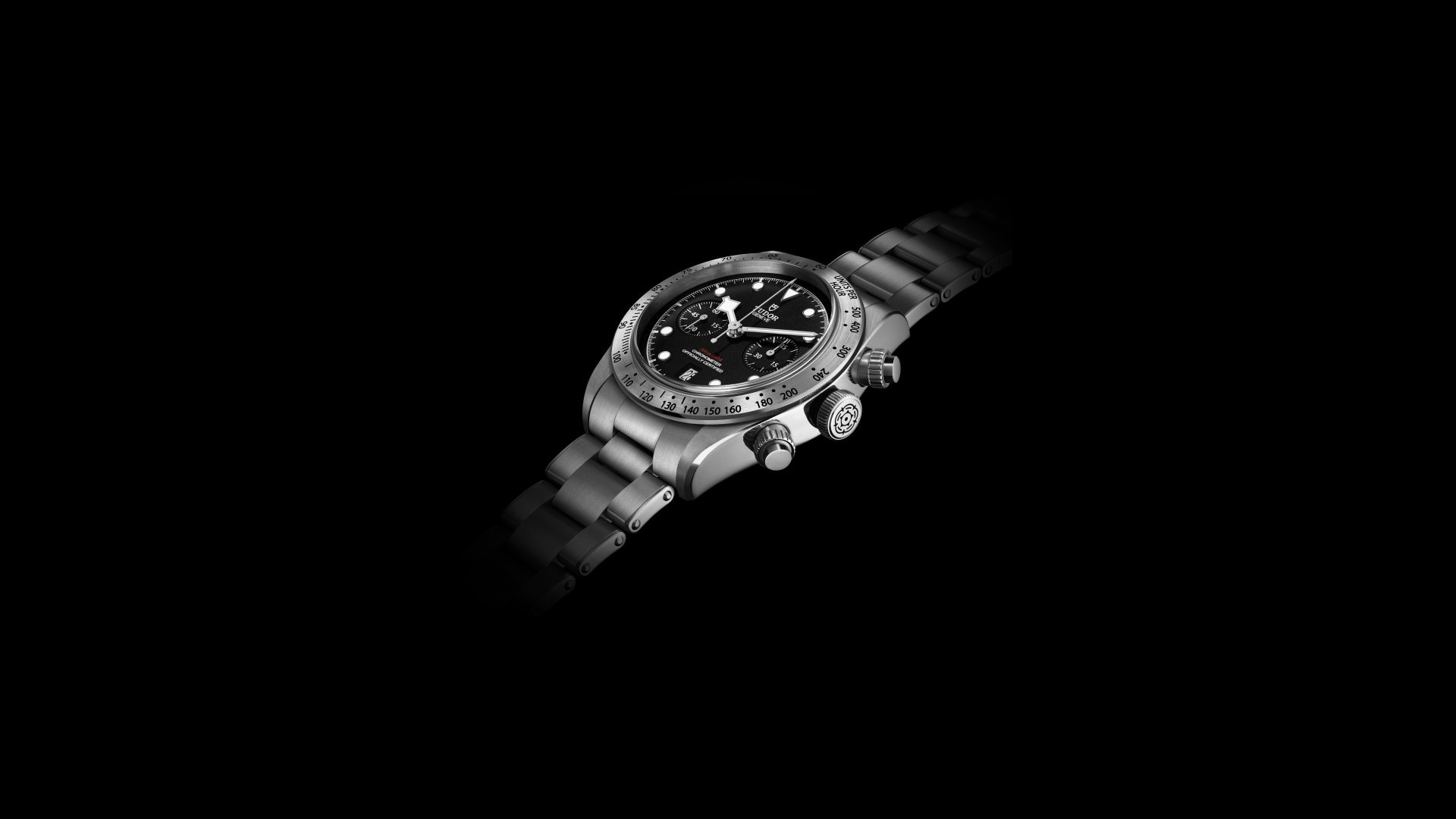 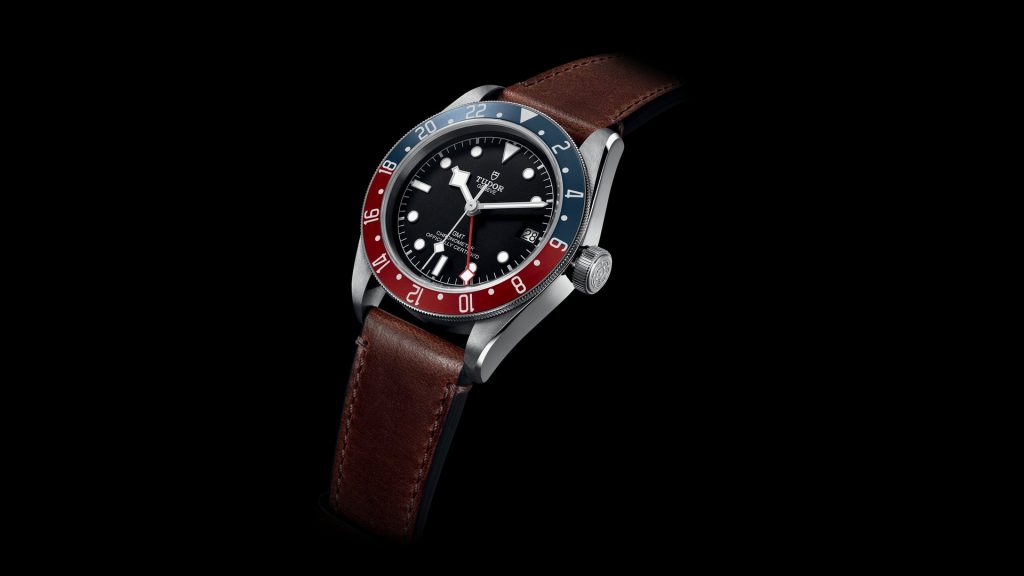 In 2018 TUDOR launches the Black Bay 58 and Black Bay GMT, both of which are instant hits. The two-tone S&G gets a champagne dial option. The Black Bay 36 and 41 are now also available in with a blue dial, and in a 32mm ladies version - aptly named Black Bay 32. 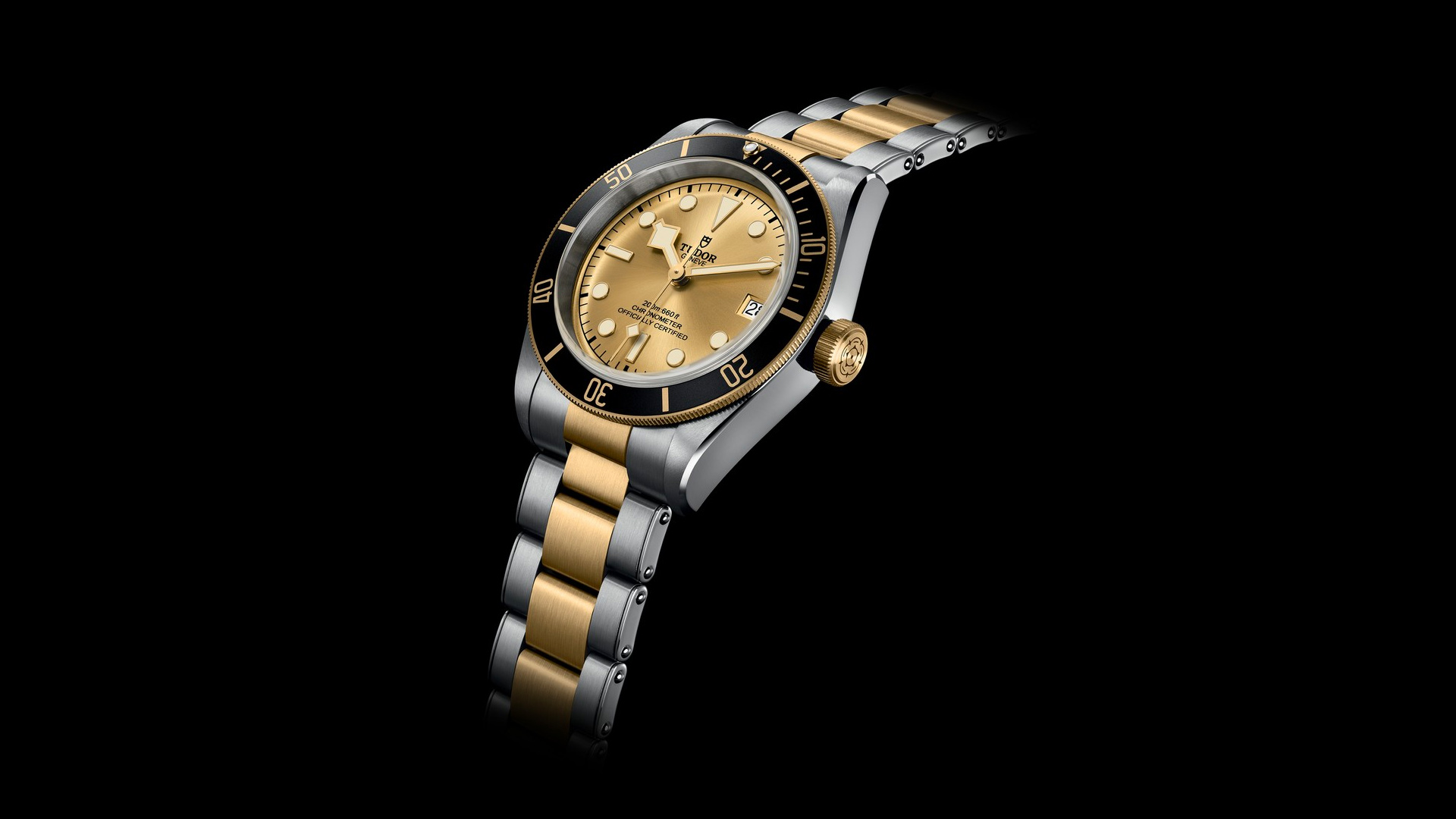 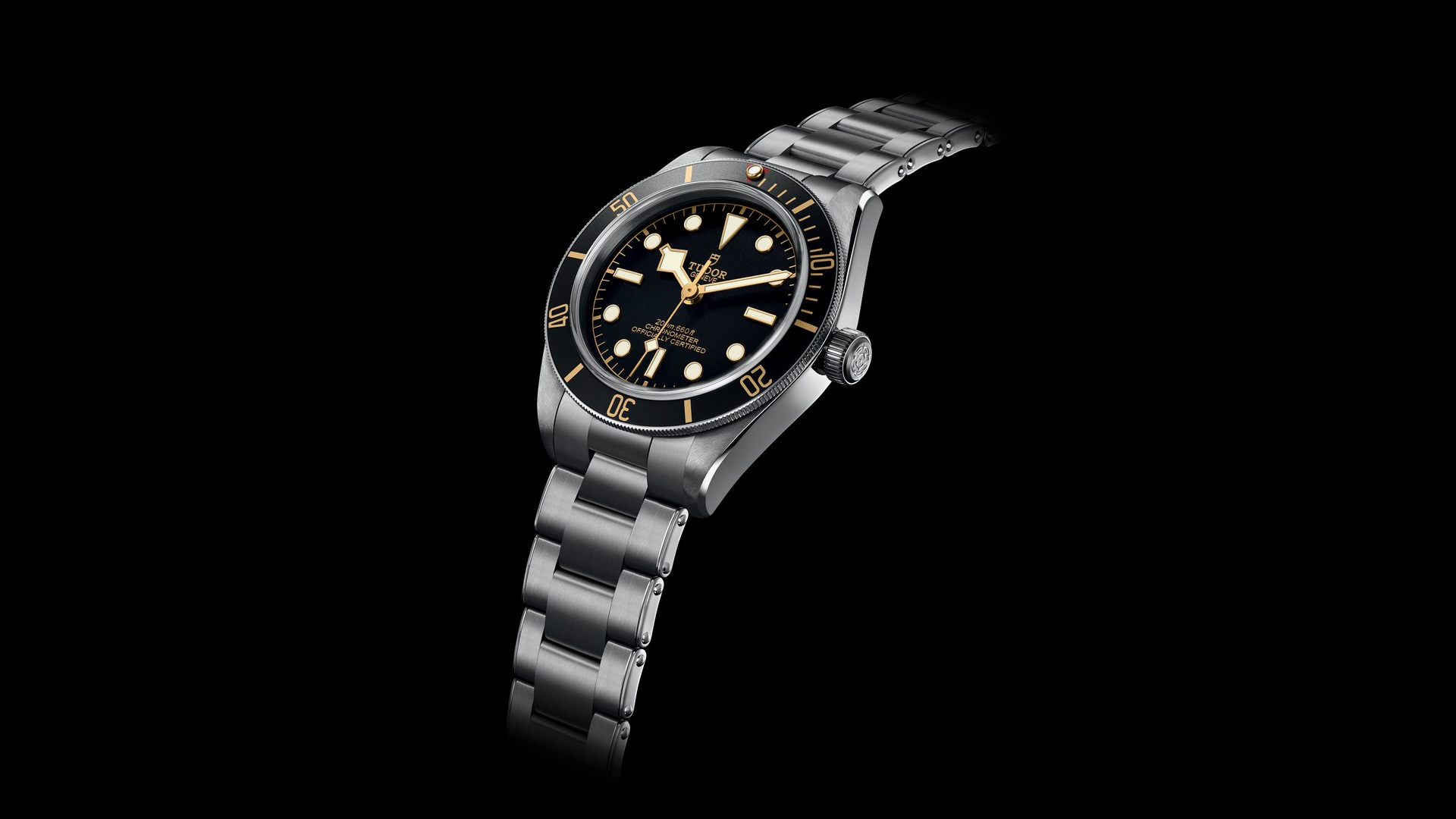 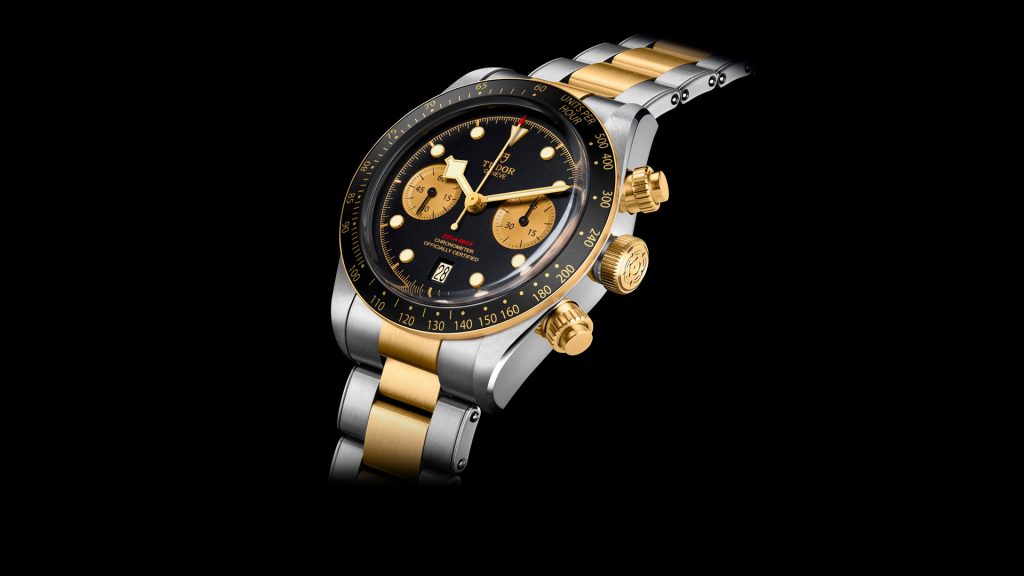 The year 2019 is another busy one for TUDOR, with several new Black Bay configurations making their debut. There Black Bay Chronograph gets dressed-up in two-tone Steel & Gold. So are the Black Bay 32, 36 and 41, with the option of a matching jubilee-style bracelet. The Black Bay Bronze gets a new gradient slate grey dial and matching bezel, which changes the look considerably. There's also the Black Bay P01, an unusual watch based on a prototype from the brand's archives. The Black Bay Chronograph Dark is created in collaboration with the All Blacks rugby team, with production limited to one for every player that has ever played for the team. TUDOR once again participates in Only Watch, for which it creates the Black Bay Ceramic One. 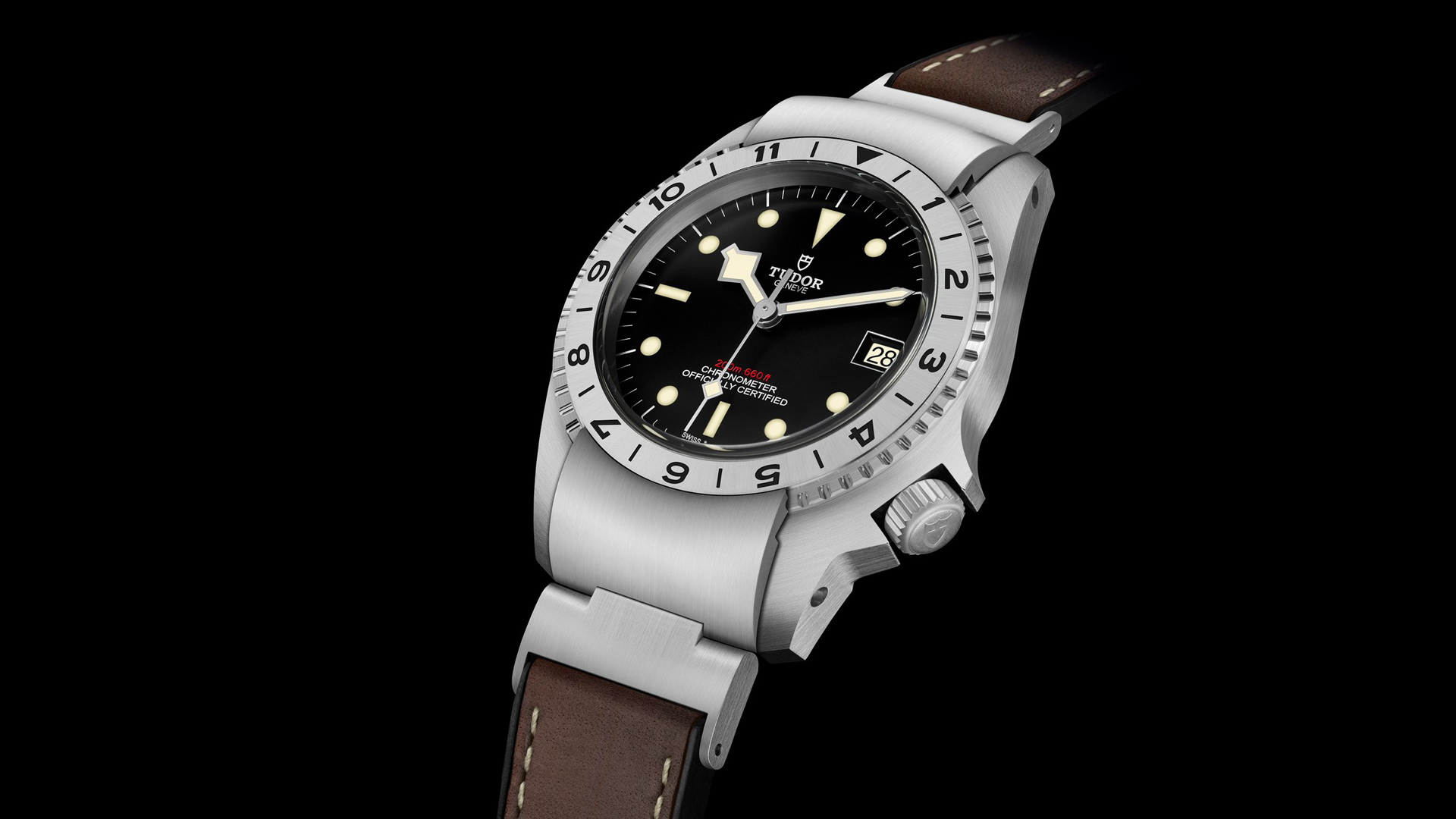 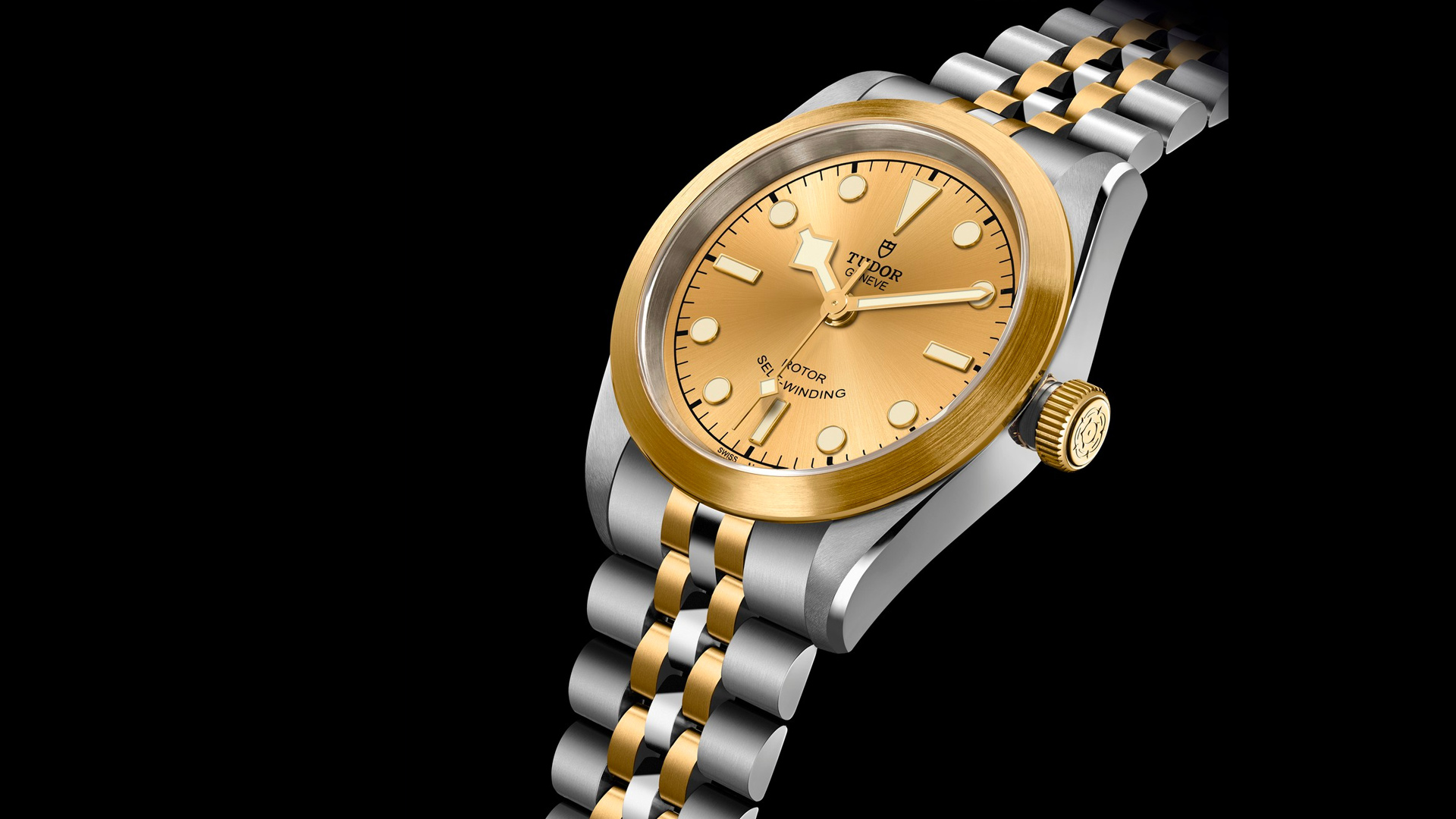 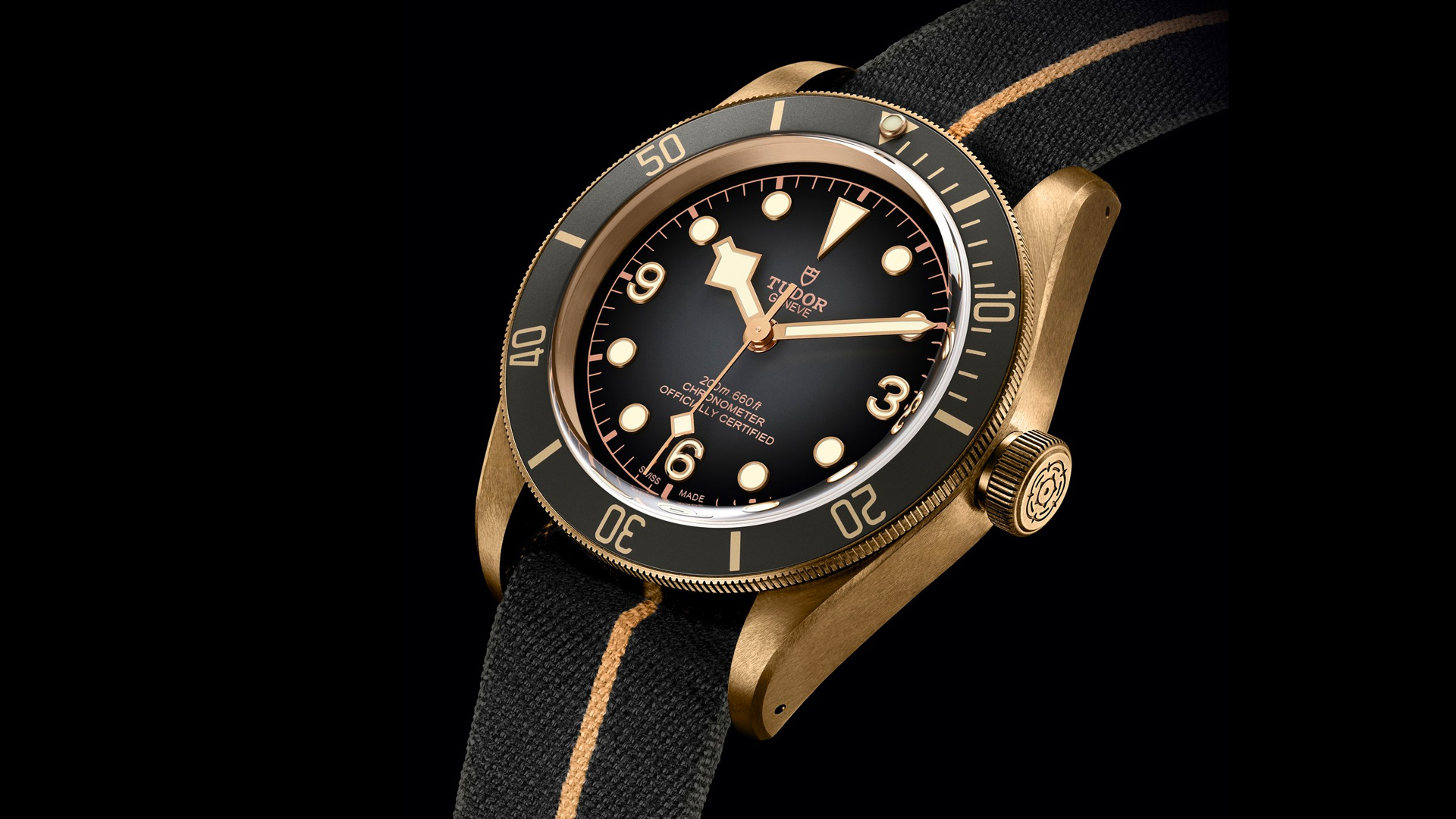 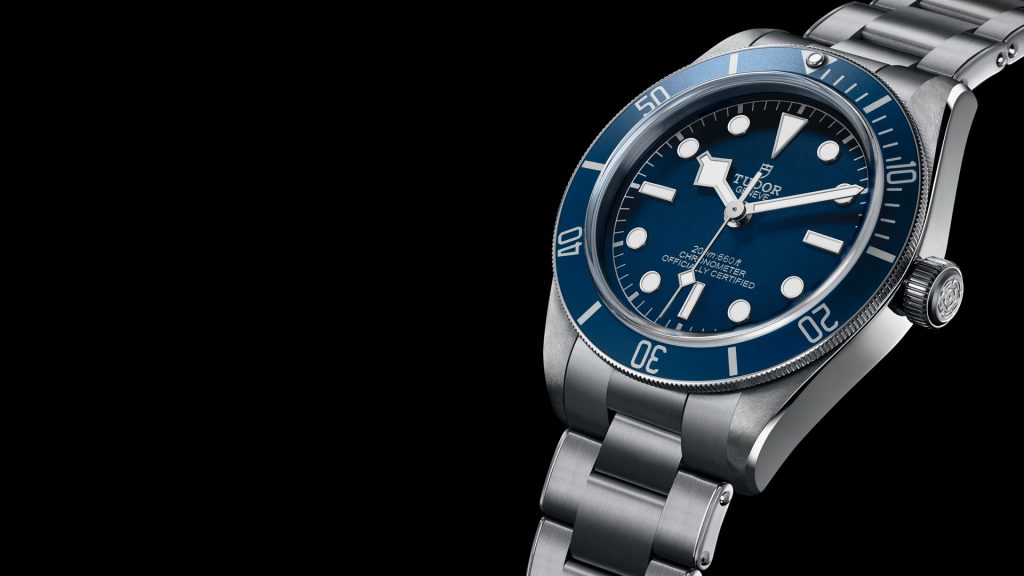 After a few busy years, TUDOR seemingly takes a step back for 2020. The only new Black Bay for the year is the Black Bay 58 Navy Blue. Built upon the template set by the Black Bay 58 of 2018, this has a blue bezel and matching dial, both lacking the warm vintage hues of the original. It's an instant hit! 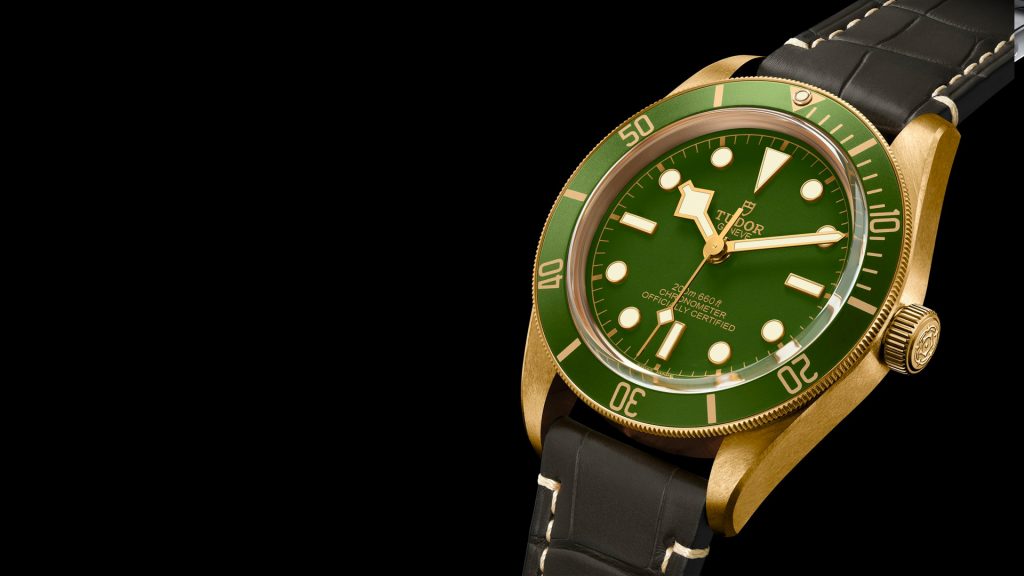 Whilst only half-way at the time of typing this article, 2021 is already an eventful one when it comes to the TUDOR Black Bay. New is the Black Bay 58 18k, which has a case made of solid yellow gold with see-through back, paired with a green dial and bezel. Together with the new Black Bay 58 Silver and the boutique-only Black Bay 58 Bronze, this means that TUDOR now offers the Black Bay 58 in every metal of the Olympic medals!

The Black Bay Chronograph gets a sleeker case, which now features an aluminum bezel inlay, as well as new panda (and reverse panda) style dials. The 2019 Black Bay Ceramic One is finally followed-up by a production model, which is a METAS-certified chronometer no less. The Black Bay 32, 36, and 41 get a silver dial option. The final news -for now- is TUDOR's entry for Only Watch 2021, which is a unique Black Bay GMT with aged stainless steel case, matching bracelet, and METAS-certified movement. 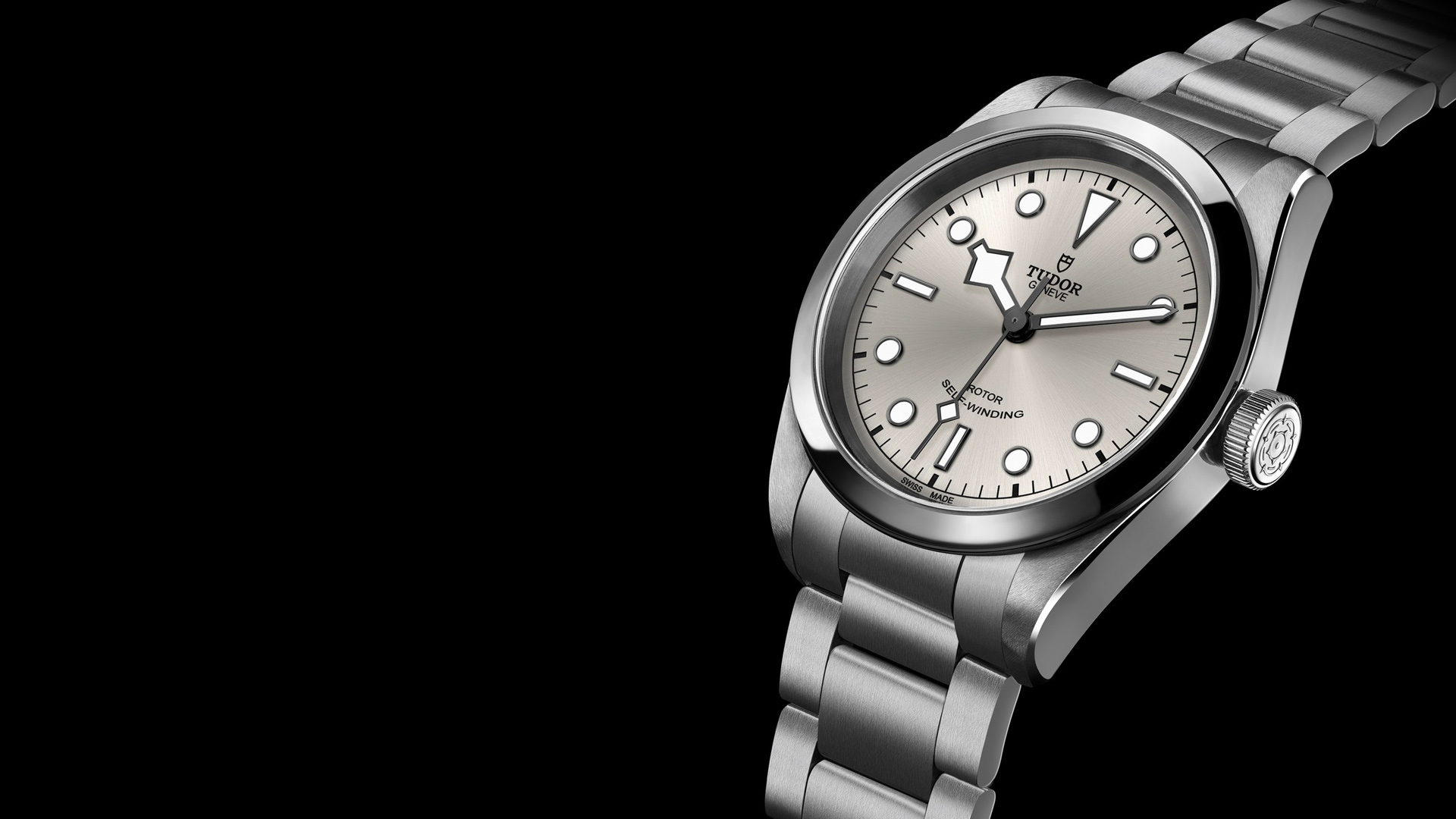 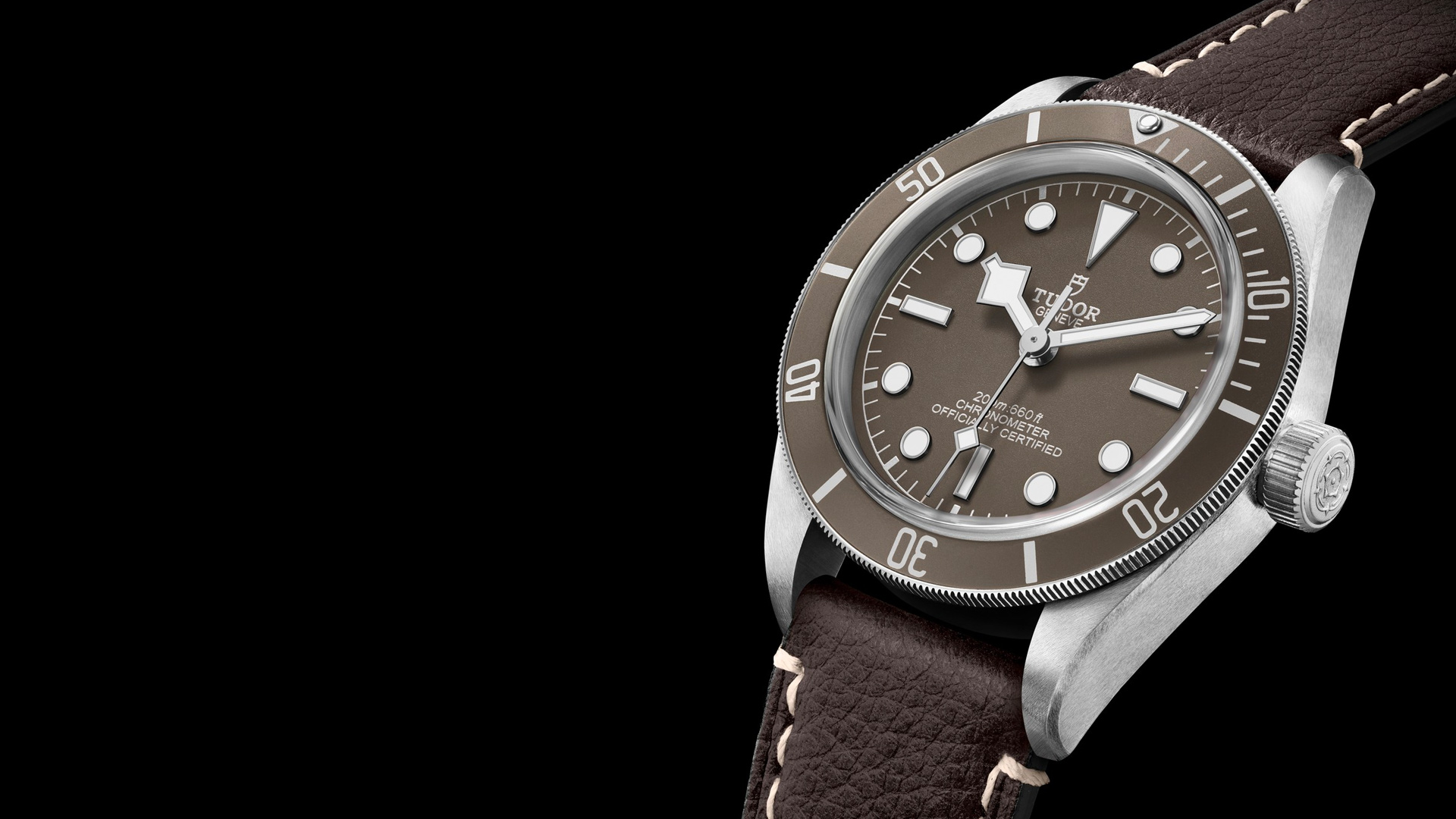 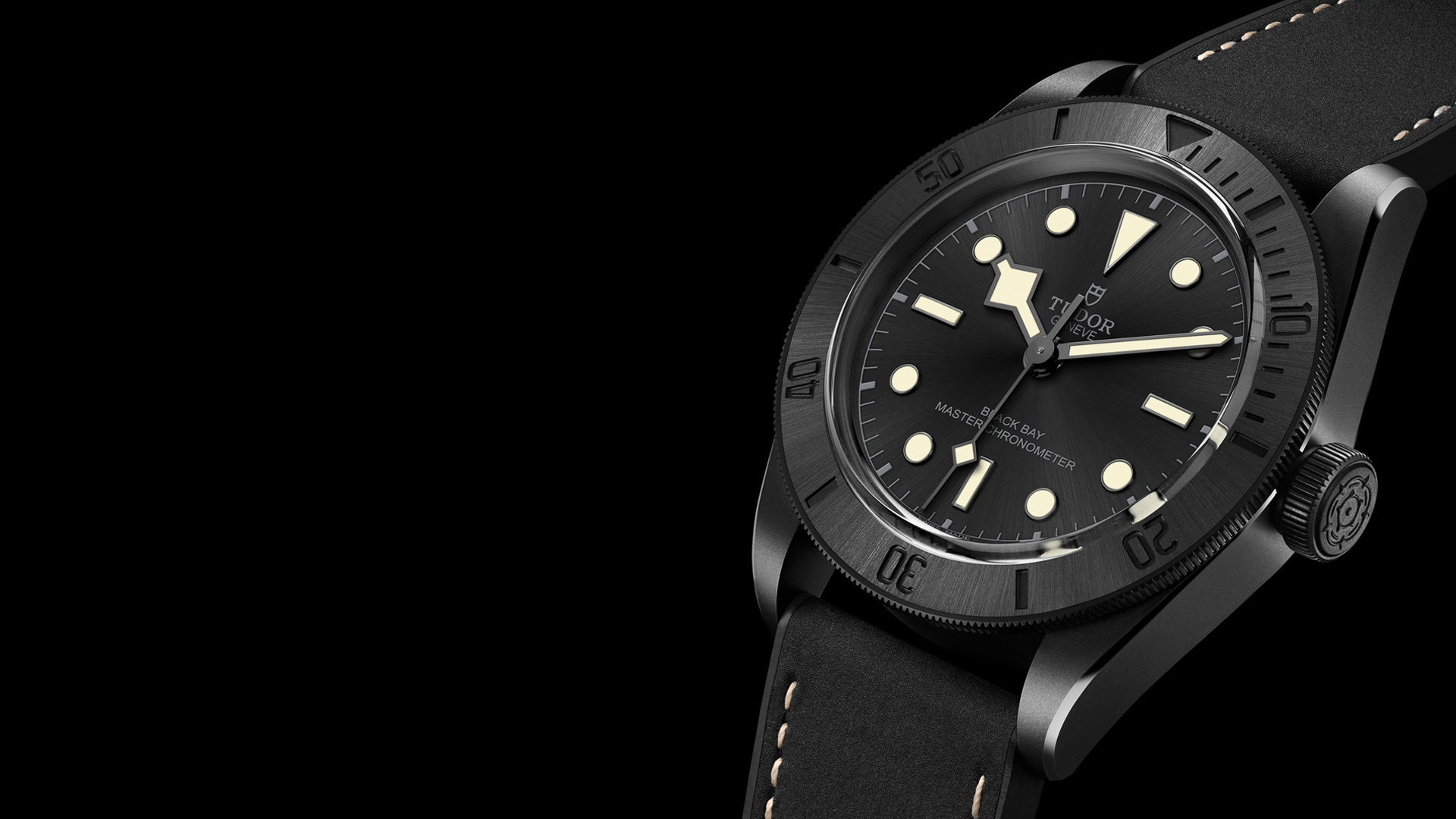 Ace Jewelers is Authorized Dealer for TUDOR watches. Discover the latest collection online, our in our Amsterdam boutique!