As Official Timekeeper of the Olympic Games on 29 occasions since 1932, OMEGA has enjoyed many innovative and memorable moments during that time. Please join us for part one of a trip past some of the brands most defining years! 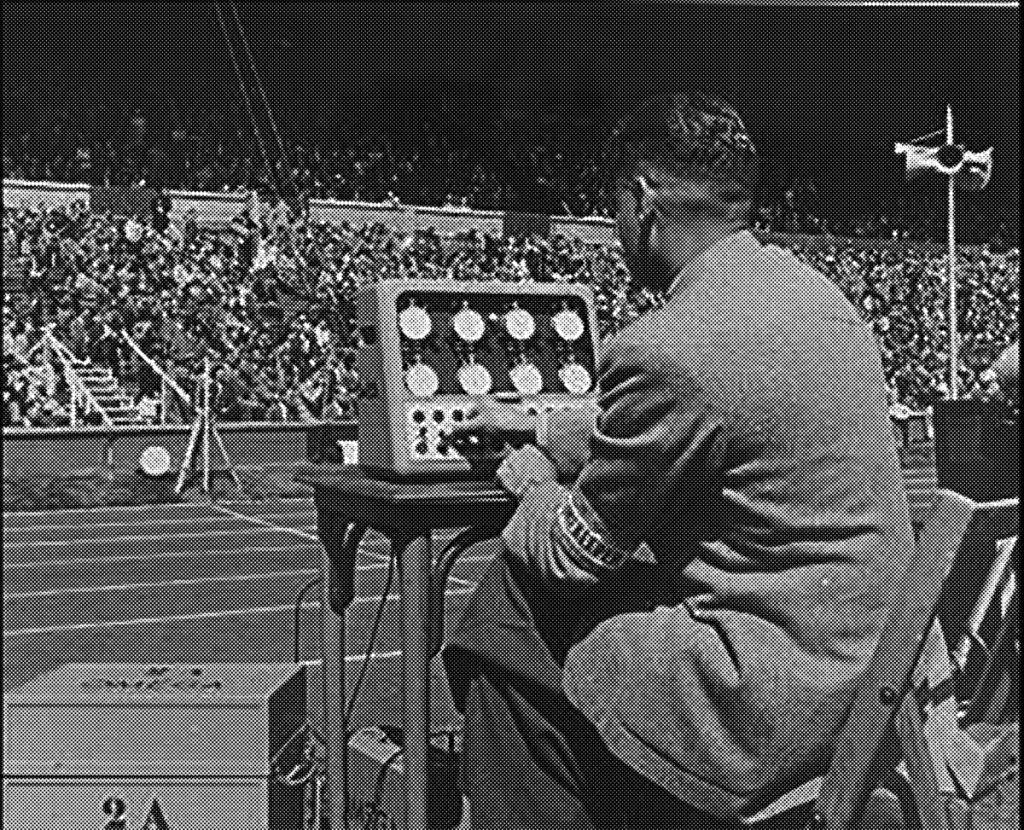 For the first time in history, a single watch company was selected as the Official Timekeeper of the Olympic Games. For its unrivalled reputation in precision awards and excellence, that prestigious title was given to OMEGA. It was a defining moment in the history of sports measure ment that set the course for an incredible future. The brand sent one watchmaker all the way from Bienne to Los Angeles, armed with 30 high-precision stopwatches that were accurate to the nearest 1/10th of a second.

OMEGA’s first Olympic Winter Games were hosted at the twin villages of Garmisch Partenkirchen. Compared to summer, the winter events posed a new set of challenges for the Swiss watchmaker, particularly in alpine skiing, where the brand had to send starting times down the mountain in the pocket of the next skier. But OMEGA’s precision and dedication shone through yet again. The sun was also shining and weather conditions were perfect, setting the stage for another year of historic results and times. 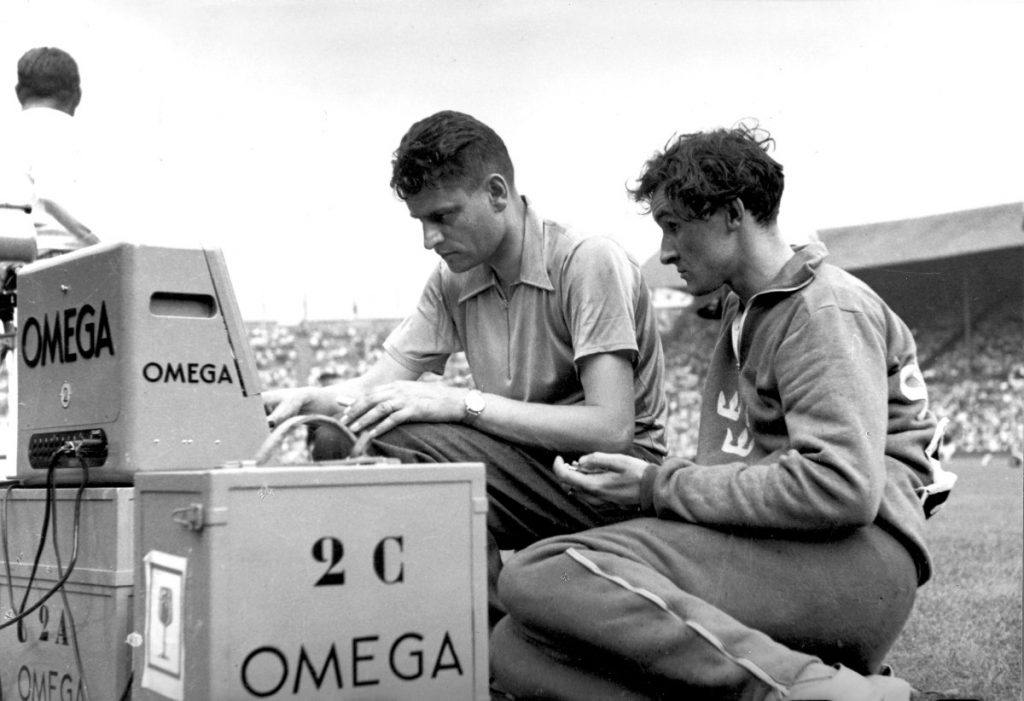 Two of the greatest revolutions in sports timekeeping made their first summer appearance at the Olympic Games in 1948 – courtesy of OMEGA. This was the beginning of the “electronic era” when technology began to outperform the capabilities of the human eye. Amongst OMEGA’s technologies were the first photofinish camera, pinpointing exact finish positions in races, as well as the first Photoelectric Cell, which electronically stopped the clock as the first athlete crossed the finish line. Precision had never been better! 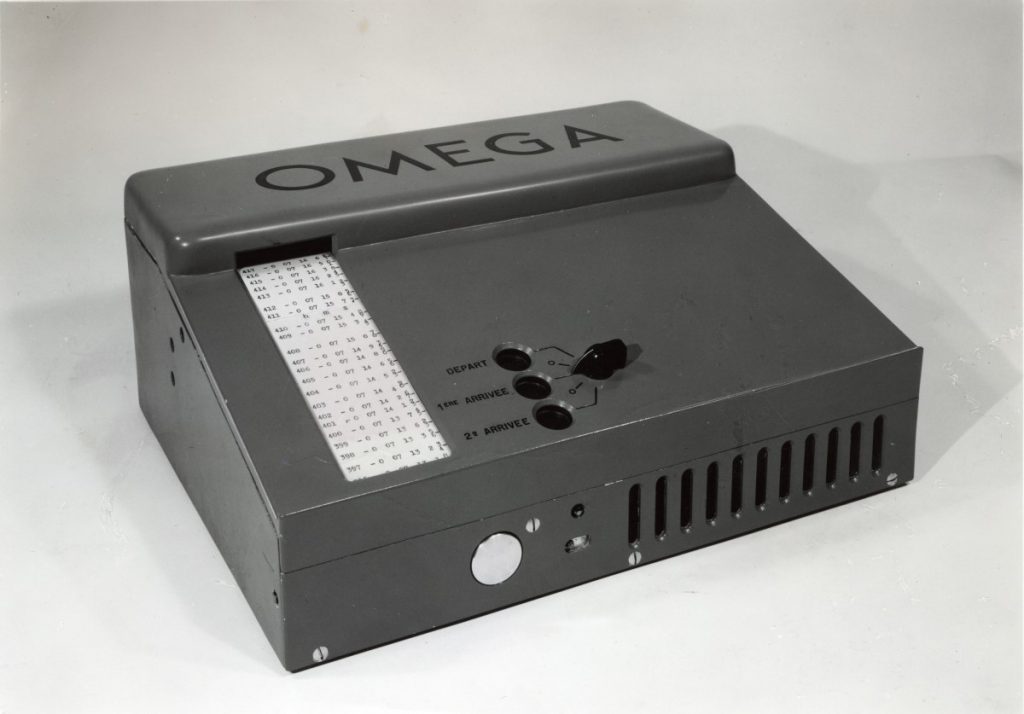 In appreciation of OMEGA’s 20 years at the Olympic Games, the brand was awarded the IOC Cross of Merit in 1952 for its “exceptional services to the world of sport.” It was a fitting tribute to the milestones achieved so far, but also reflected the continuing advancements being made. One of those advancements was the quartz-driven OMEGA Time Recorder. This impressive electronic chronograph featured a high-speed printing device which enabled OMEGA to time events and instantly print out the results to the nearest 1/100th of a second.

Considering its watery environment, swimming has always posed a unique set of challenges for timekeepers. In 1956, however, OMEGA made a great leap forward by introducing the Swim Eight-O-Matic - the world’s first semi-automatic swimming timer. The starting time was automatically triggered by the pistol while the counters were stopped at the finish by hand held electric timers. The system was better able to distinguish between swimmers who finished at virtually the same time – and signaled the beginning of other new breakthroughs in the sport.

When OMEGA introduced its new Omegascope technology, the Olympic Games viewing experience was changed forever. This new piece of equipment introduced the concept of “real time” sports reporting by superimposing the live times of athletes on the bottom of the screen. OMEGA’s precision was now on display for millions to see, meaning that the brand had to get every measurement exactly right. Never had spectators outside a venue been so quickly informed about events.