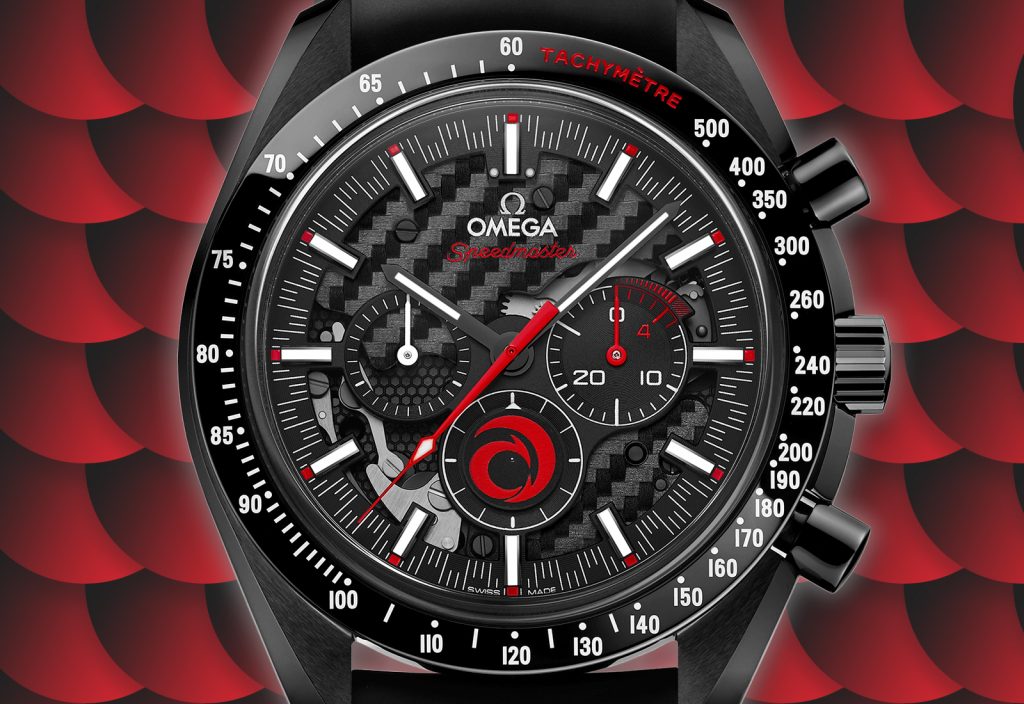 Omega today may be predominantly known for its role in space exploration, deep sea diving and / or international spy missions, but the brand has equally deep ties to the world of sailing and professional yacht racing. One of its earliest forays into the world of regatta timers dates all the way back to the 1960's in the form of the Chronostop Regatta. Notable mentions from more recent times include the America's Cup Seamaster watches from the early 2000's, the Seamaster Diver ETNZ Limited Edition of 2013, and the Speedmaster X-33 Regatta of 2017. 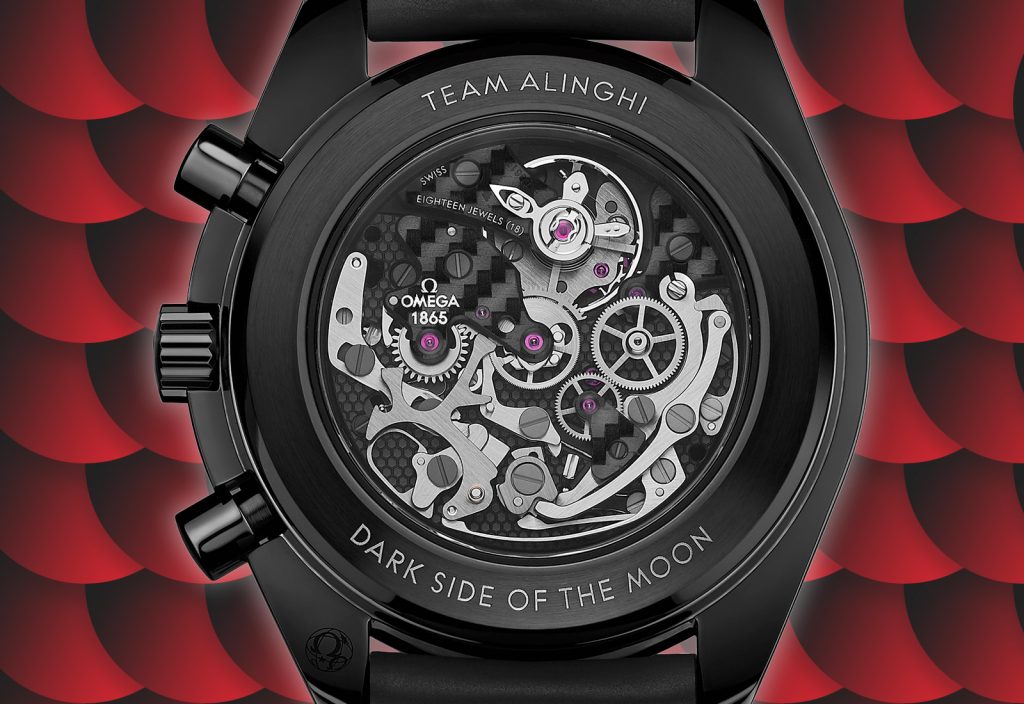 Yesterday Omega introduced the Omega Speedmaster Dark Side of the Moon Alinghi 311.92.44.30.01.002, a watch made to celebrate the brand's -fairly recent- partnership with the famous Alinghi racing team. This watch pairs a 'Dark Side of the Moon' black ceramic case of 44.25mm with a unique rendition of the famed hand-wound Speedmaster movement. Much like the Apollo 8 of 2019 indeed, though several touches decidedly bring this into the world of yacht racing and lend it a look that's totally unique. Take a look at the movement for example. Dubbed caliber 1865, it features laser-ablated and blackended movement plates with 'honeycomb' and 'carbon design' textures, which bring to mind the high-tech materials of the boats used by Alinghi. This movement is visible both through the back as well as through the partially open-worked dial. 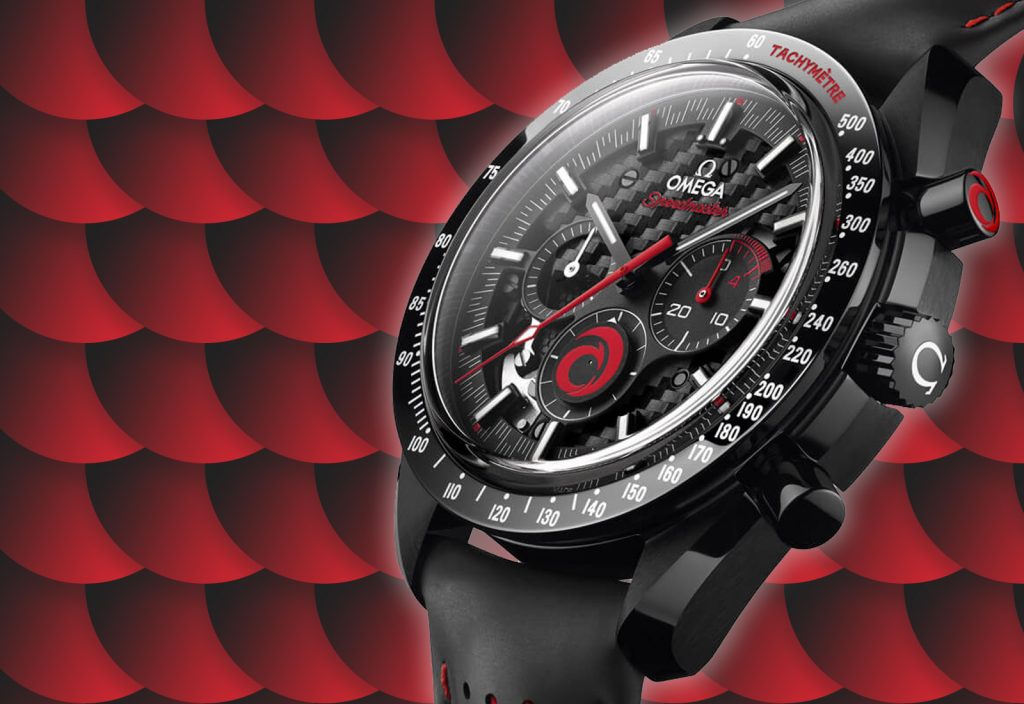 Dial-side we find various other thoughtful design elements. For starters the minute track is done in 'Racing' style. The 3:00 counter of the chronograph is calibrated for a 4-minute and 5-minute countdown function. The hand of the 6 o'clock hour totalizer is replaced by a rotating disc with the Alinghi logo. The latter is found on the start / stop pusher as well. The resulting look? A striking blend of high-tech and tradition. 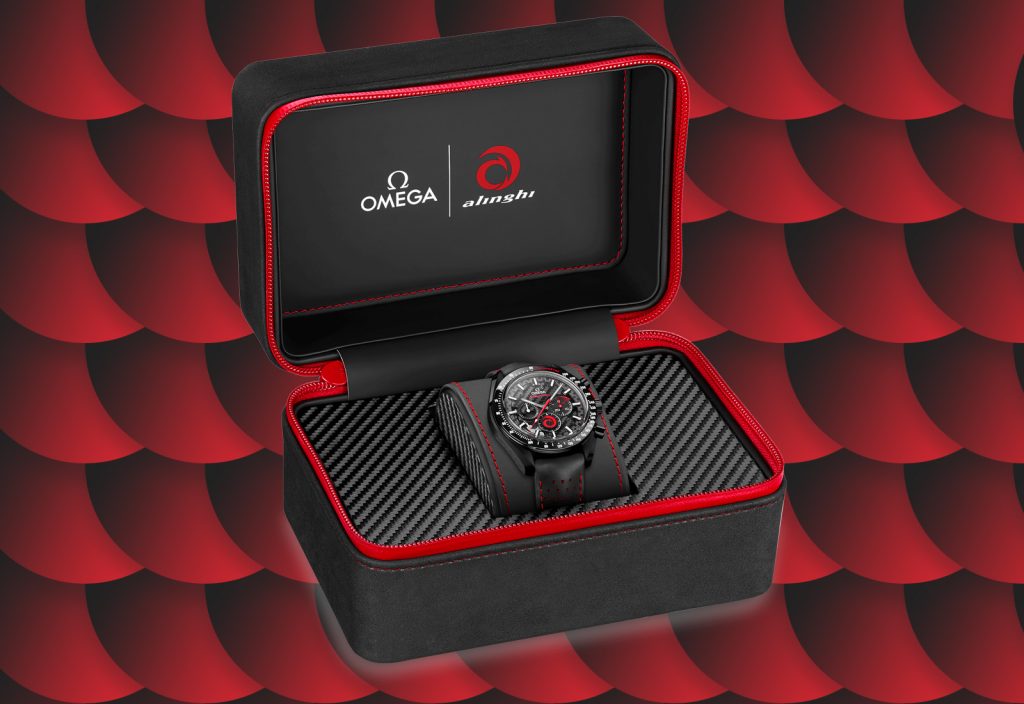 The Omega Speedmaster Dark Side of the Moon Alinghi 311.92.44.30.01.002 is available for pre-order in our eBoutique, with deliveries expected to start by mid-August.