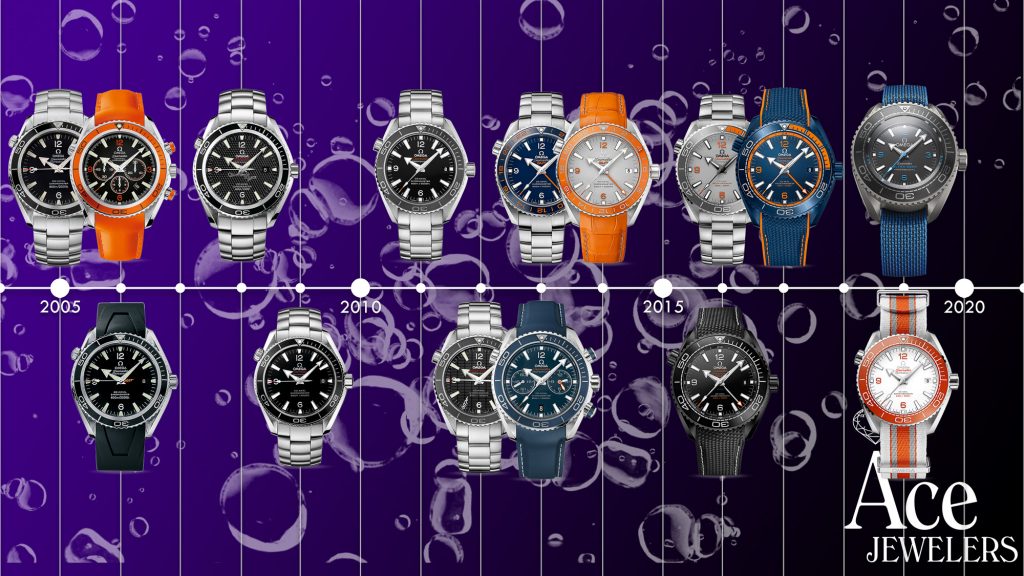 2020 marks 15 years since the introduction of the Omega Seamaster Planet Ocean collection - and wow, it's been a ride. The first generation was an instant hit, and Omega has been building upon -and refining- the collection ever since. Novel materials, new in-house movements, exciting partnerships and unfathomable depths - the Planet Ocean has seen it all. 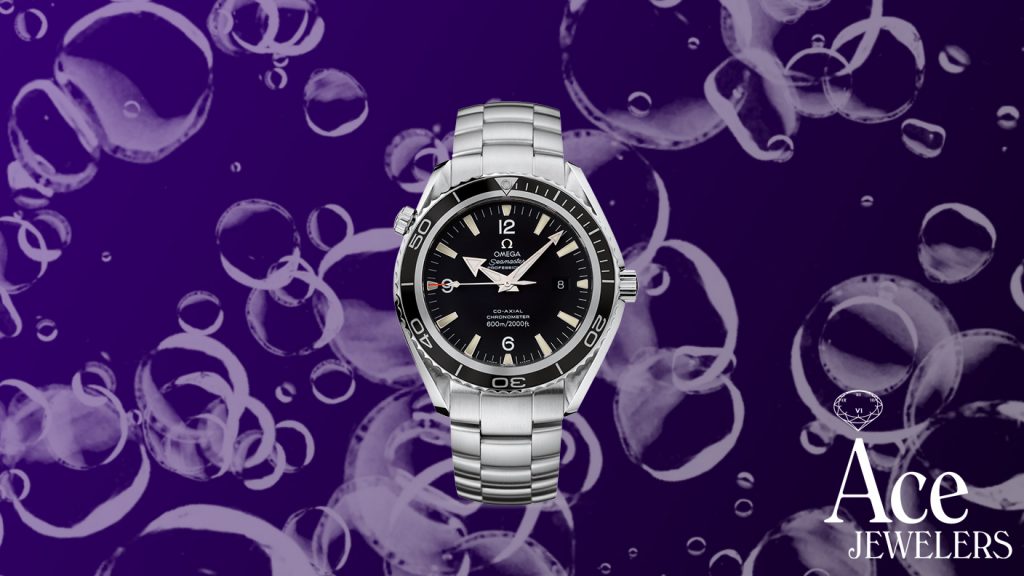 The Omega Seamaster Planet Ocean is introduced at BaselWorld 2005. The depth rating of 600m is double that of the popular Seamaster 300M - Omega's staple dive watch. The Planet Ocean design may have been inspired by the Seamaster 300 of days gone by, but it is very much a modern dive watch, with contemporary sizing and a movement with the brand's co-axial escapement in the form of caliber 2500. From day one the Planet Ocean is available in a great number of configurations - 42 or 45.5mm, various straps, and either a black or orange bezel with matching numerals on the dial (plus, to make further increase the number of possible variations, also the option of orange numerals for the black bezel version).  My fav? The black 42mm on shark bracelet. However, one of the most popular and thus most emblematic configurations was the big size on the more conventional three-link bracelet: ref. 2200.50.00. 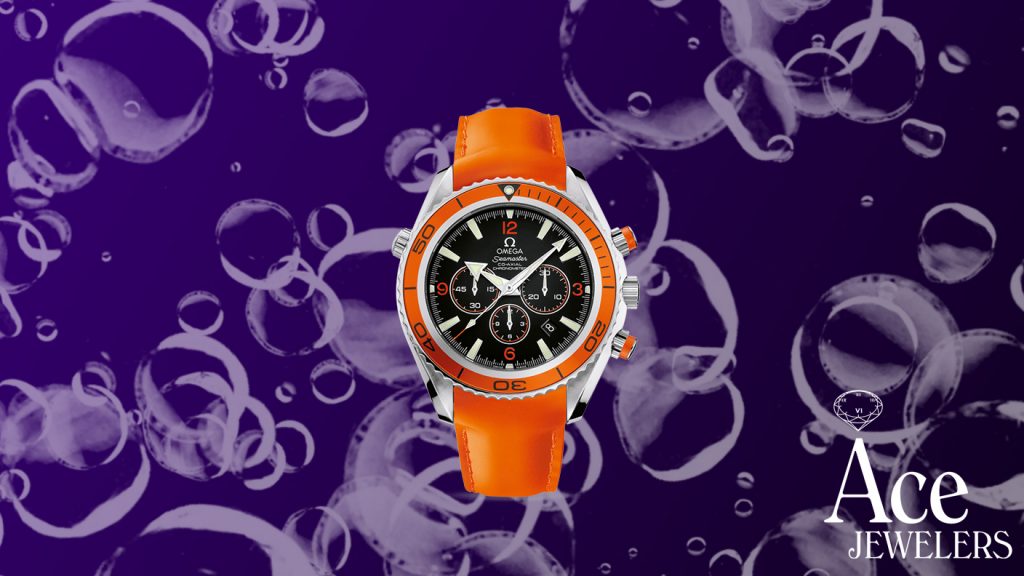 In 2006, Omega adds the chronograph complication to the Seamaster Planet Ocean. This too available in numerous versions - though each of them in the 45.5mm case. It is powered by the self-winding caliber 3133, column-wheel operated chronograph movement based on a Piguet ebauche, that Omega has used in one form or another for a decent amount of time. In this case in one of its ultimate expressions, with co-axial escapement. As said, a 42mm model is never offered, though a 37.5mm Planet Ocean chronograph is available for a few short years - suprisingly, using the exact same movement. 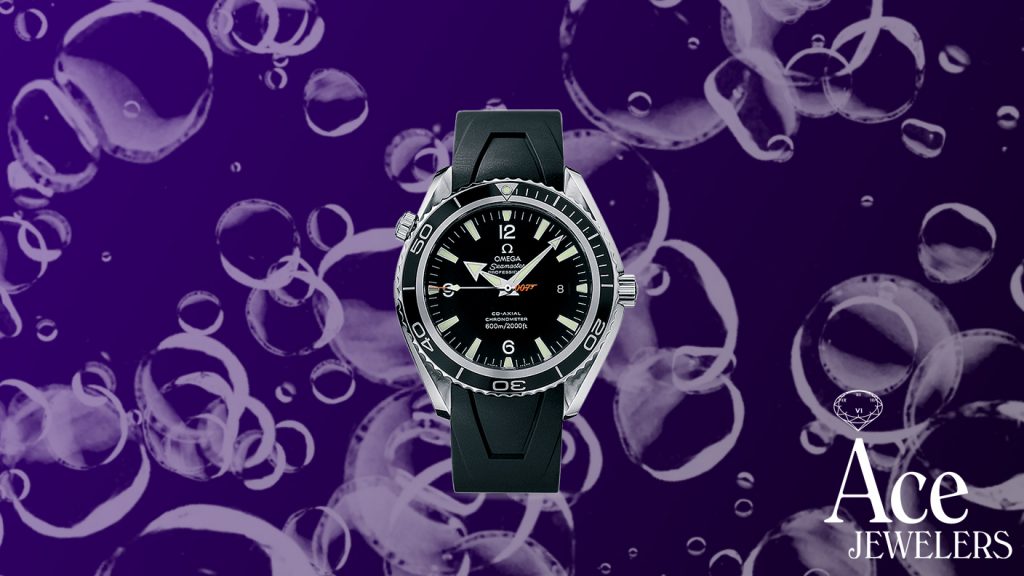 In 2006 Omega also gives us the first limited edition of the Planet Ocean, which is made to commemorate the Casino Royale James Bond movie. A limited edition of 5.007 pieces, the watch takes after the model used in the movie (2900.50.91) with a few subtle twists, like a 007 counterweight on the seconds hand. It would be one of the most discrete 007 pieces until the release of the Seamaster 300 for Spectre. 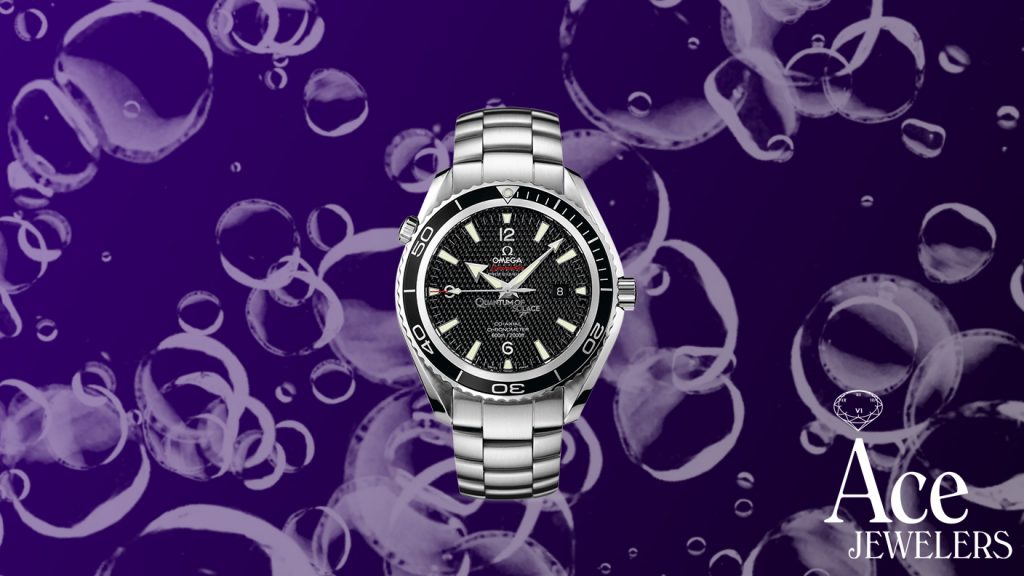 Two years later Omega introduces another James Bond special, this time at the occassion of the Quantum of Solace movie. Whilst it makes use of the same canvas, the changes made to the base model are much more elaborate - or in-your-face, depending on your point of view. The dial has a pattern inspired by the grip of the Walther PPK handgun favored by the British spy, emblazoned with the Quantum of Solace logo. 5.007 pieces are made. 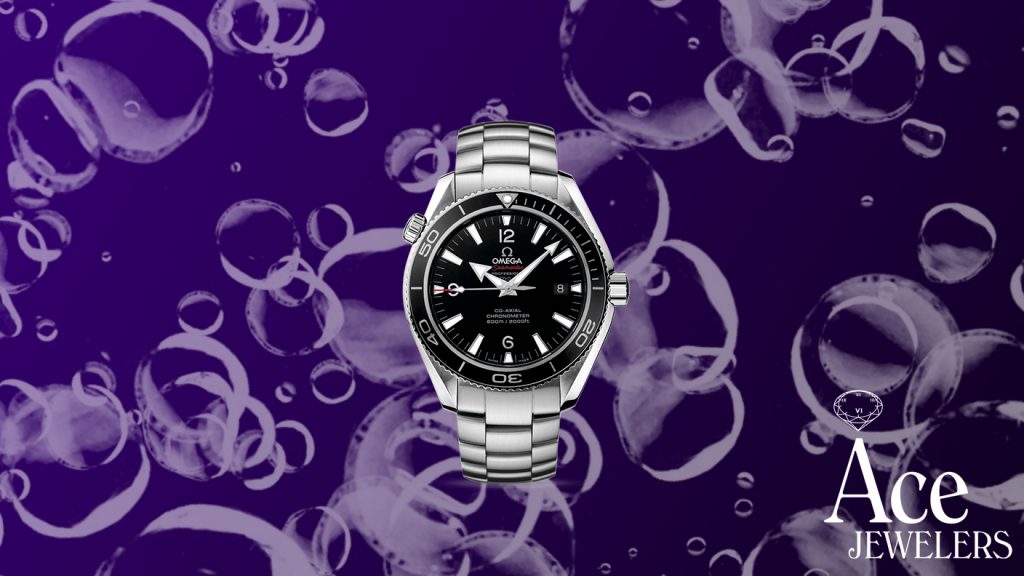 With the 2009 Omega Seamaster LiquidMetal, Omega offers a glimpse of things to come - and an exiting one at that! The case and movement are still very much first generation Planet Ocean, but the bezel and dial are made of an exciting new material: high-tech ceramics. In addition, the bezel is made using the new LiquidMetal process, which results in the markings being perfectly flush with the rest of the bezel, as if they were printed on the ceramics (which they are not, they're engraved and filled in!). 1.948 pieces are made. To this day, the Omega Seamaster Planet Ocean LiquidMetal 222.30.42.20.01.001 remains probaly the number 1 most sought-after Planet Ocean. 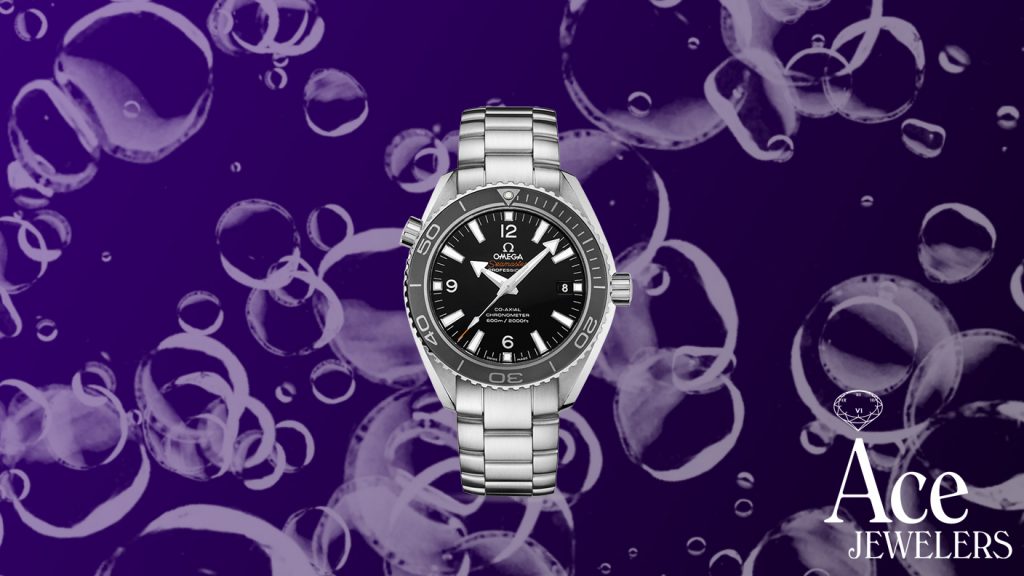 In 2011 Omega presentsan entirely new generation of the Seamaster Planet Ocean. The changes made are comprehensive. Power now comes from movements designed entirely in-house. For the time+date models this is the caliber 8500 movement, or 8520 in the new 37.5m ladies version. The chronograph gets its motivation from the caliber 9300 movement. In either case these movements represent the best Omega has to offer, in terms of R&D and manufacturing. The drawback? The cases are a bit bulkier when put against earlier versions, which in comparison feel positively sleek. The grey-ish bezel is made of ceramics. Prefer orange? In that case it's still aluminium. 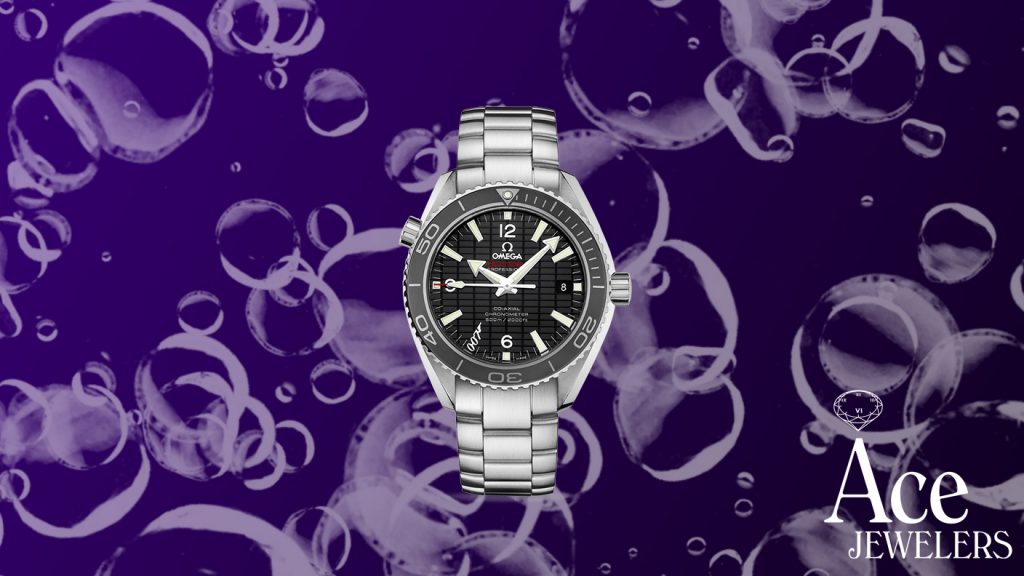 A new James Bond movie, a new Omega (or two). Though this deep into this article a James Bond Planet Ocean may not feel very noteworthy, I feel the bond between the Swiss brand and the Bond franchise is so strong that this has to be included. The 2012 Seamaster Planet Ocean reference 232.30.42.21.01.004 is created in celebration of the Skyfall movie, the third Bond with Daniel Craig starring as 007. Again we see a patterned dial, though now modelled after the grill of Bond's Aston Martin sportscar. The 7 o'clock marker is the 007 logo (in case you hadn't noticed). 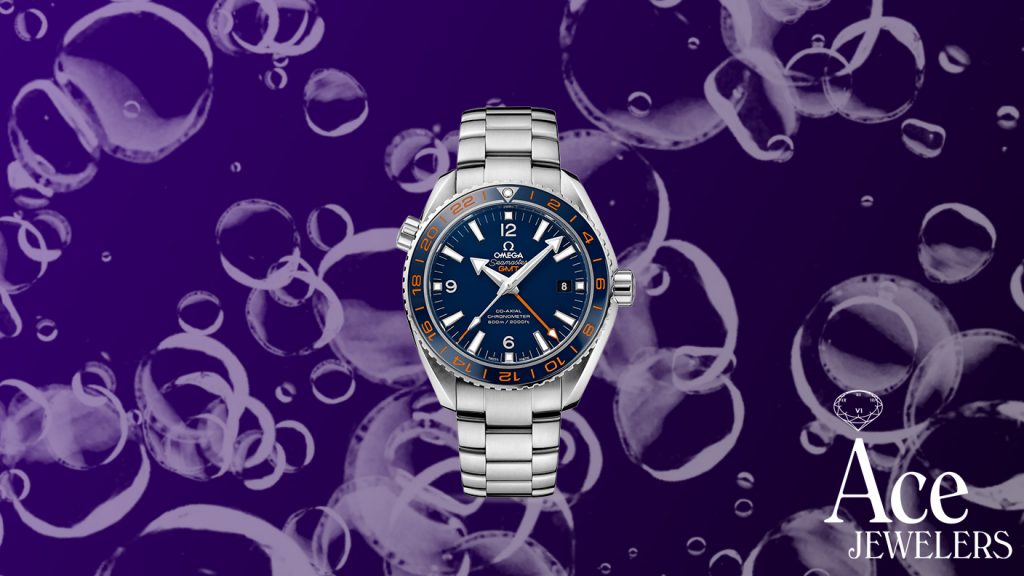 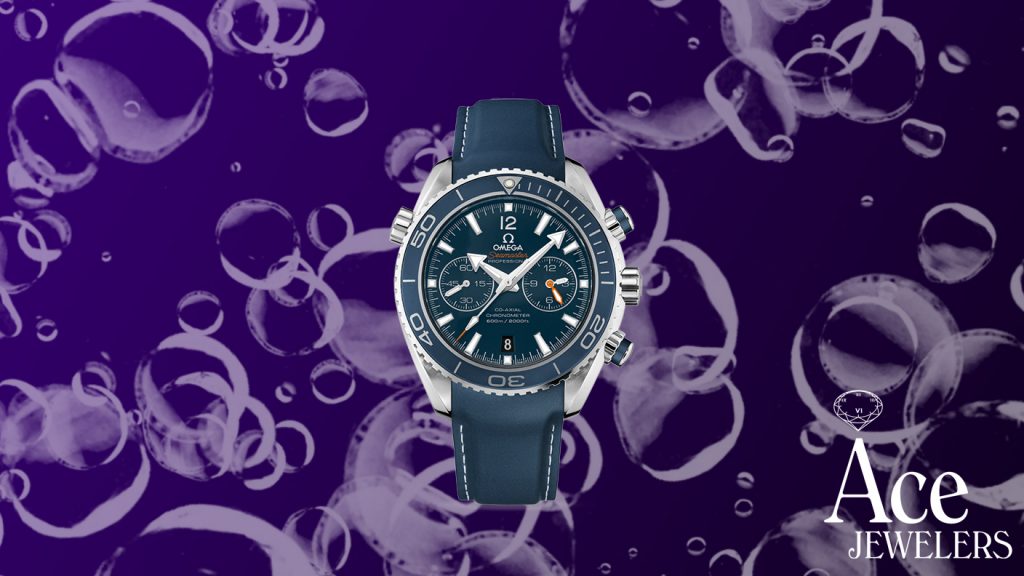 In 2013, four years after the original LiquidMetal limited edition, Omega once again uses this proprietary technology in the Planet Ocean. And for the first time titanium is used as a case material, reducing the weight rather signficantly. The new LiquidMetal is however no longer a limited edition, nor is it a single model - this watch is available in 37.5, 42 and 45.5mm,plus the 45.5mm chronograph.

Okay, so a platinum Omega Seamaster Planet Ocean limited edition of 8 pieces with a list price slightly north of 50k EUR may not be your cup of tea, I get it. But please hear me -and Omega- out. The noteworthy point about this Planet Ocean is not its platinum case nor is it its staggering price. Rather, it is its bright orange bezel which is the reason for the World Premiere engraving on the case back. No brand before has managed to create this vivid hue in ceramics. It would take a couple more years for it to appear in regular production models, but still... 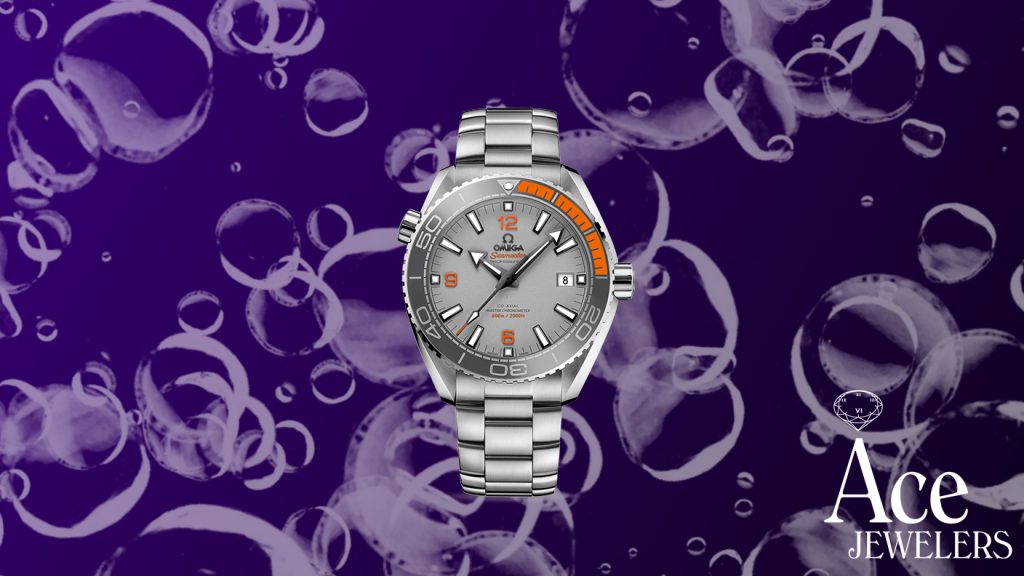 The third generation of the Seamaster Planet Ocean is presented in 2016. I have selected the 215.90.44.21.99.001 to be its representative as it's quite distinct , but really it could've been any version as the main talking point is the fact that these are now METAS-certified Master Chronometers. The inserts are now all done using the LiquidMetal tech; however the orange is still rubber. The new Planet Ocean is available in either 39.5, 43.5, or 45.5mm; the latter only as chronograph. But not for long, as there's something lurking in the deep black depths of the oceans... 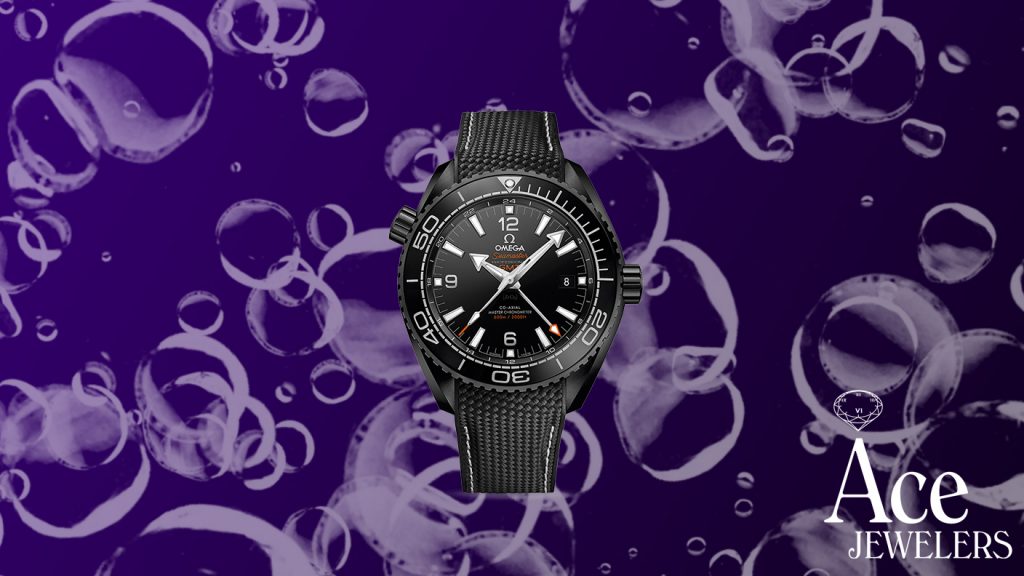 In recent years Omega has been a strong advocate for the use of ceramics in watchmaking. For bezel inserts, but since the 2013 Dark Side of the Moon also for complete cases (including crowns, pushers, et cetera). A Planet Ocean in ceramics was notably absent - in fact, any Omega dive watch in ceramics, until the release of the Planet Ocean Deep Black. This 45.5mm beast finally sees the Planet Ocean case complete done in ceramics. Another cool touch is the Naiad-lock of the case back. In essence this is similar to a bajonet mount, which allows the print to be ligned up perfectly 100% of the time. 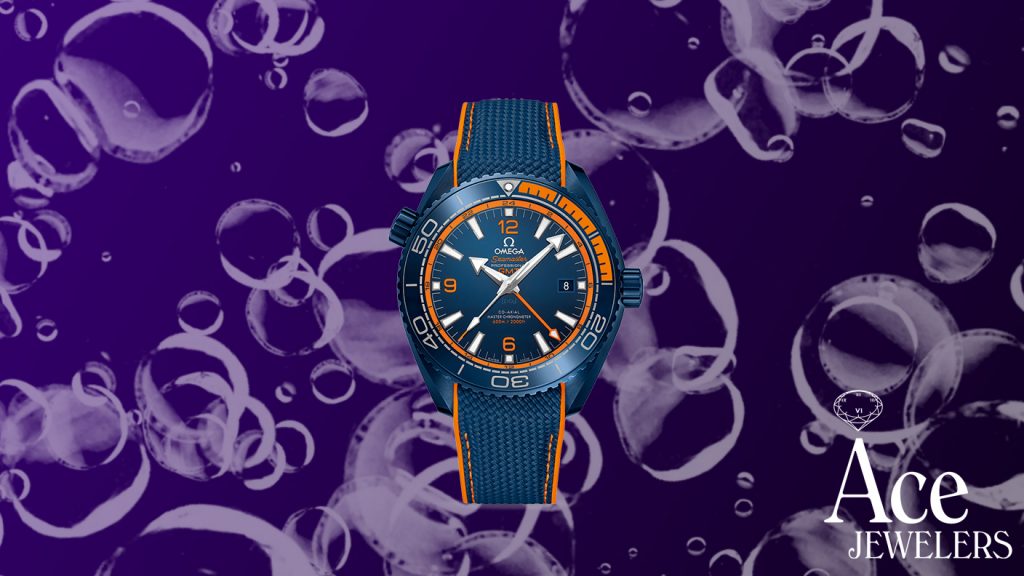 A year after the Deep Black Omega gives us the Planet Ocean Big Blue, a watch that is -well- big and blue. I mean, I'm sitting here trying to think of ways to describe this watch, but Omega pretty much nailed it already. Whilst other than the blue color it is identical to the Big Black, I feel it still deserves a place in this little list as it shows that Omega is still trying to reinvent the Planet Ocean whenever new technologies are available for production. The orange ceramics still not so much though: even with this high-tech release, the orange in the bezel is still rubber. 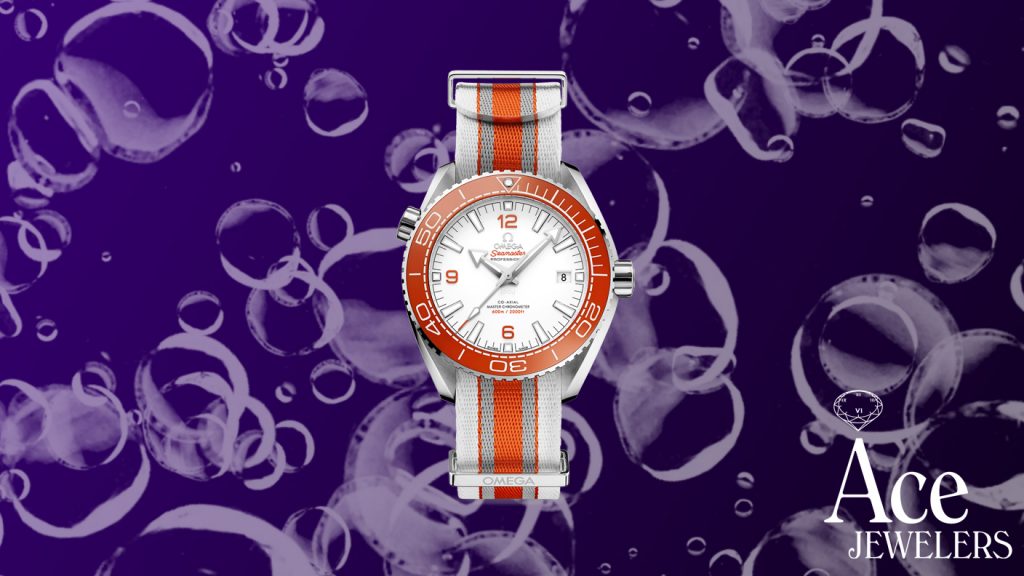 I'm not sure if the 2019 release of the Planet Ocean 215.32.44.21.04.001, and the others that came with it, got the right amount of attention. I think not. Even I find myself appreciating it more after trying to put together a time line of the Planet Ocean and its evolution. You see, the orange bezel has been a real signature for the Planet Ocean collection since its birth in 2005. However, judging by the above, Omega has been having some real difficulties in getting this color across to the next generations and the materials that came with it. You might notice that the color differs quite a bit from the platinum version above; would this be a purely aesthetic choice, or is the bright orange perhaps still to costly to manufacture on a larger scale? 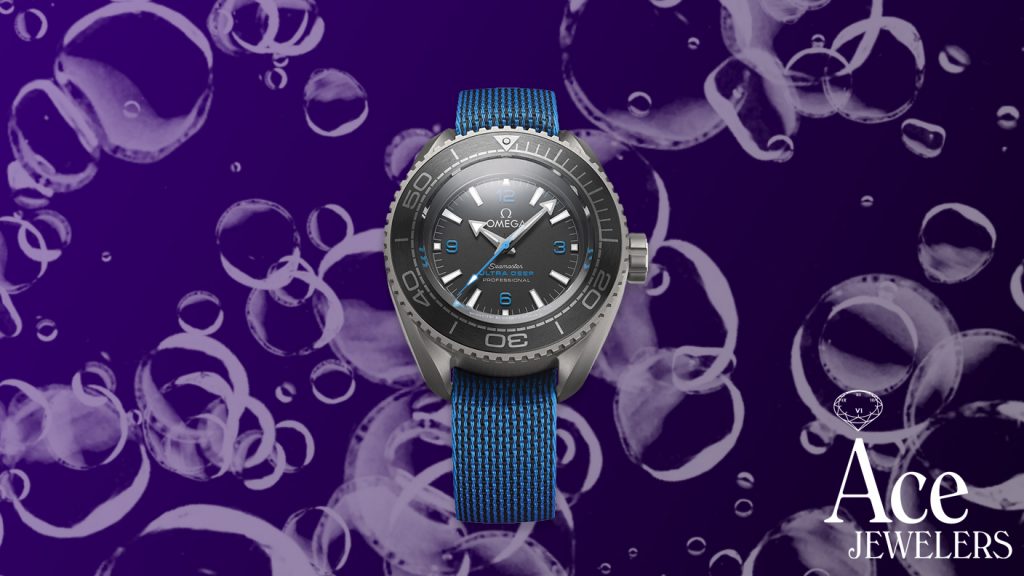 What other Planet Ocean to end this list with than the Ultra Deep? Custom made for the Five Deeps Expedition of millionaire adventurer Victor Vescovo, this technical tour-the-force was made to withstand all the oceans could throw at it - and it survived at a depth of close to 11.000 meters. One might wonder, what could possibly be next for the Planet Ocean after this?

We are Authorized Dealer for Omega Watches. Discover our collection at this link.