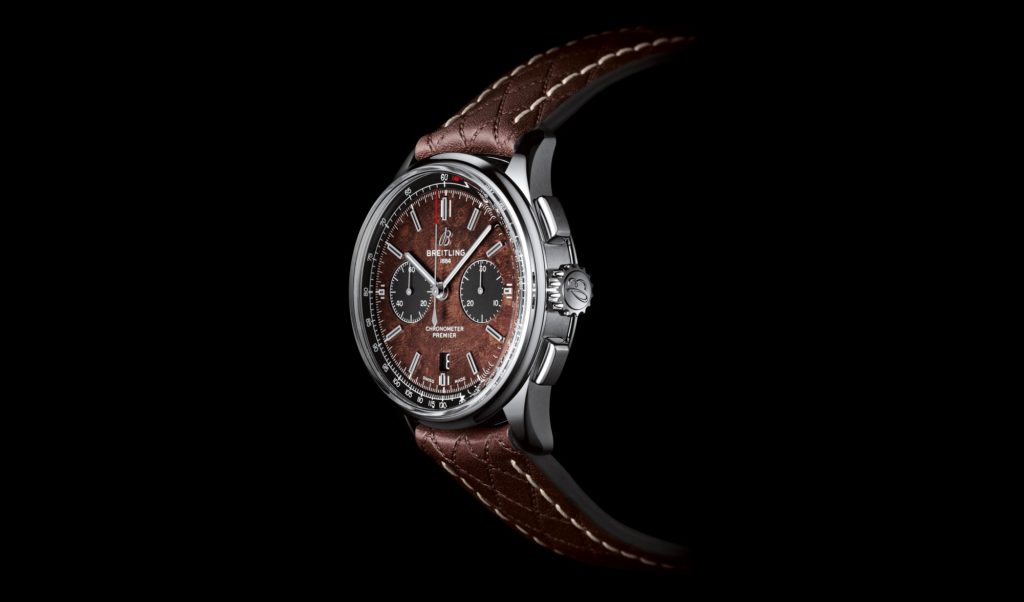 The Breitling and Bentley partnership dates back to 2002. The British manufacturer was in the final stages of designing its Continental GT and commissioned Breitling to design the onboard clock. Today their partnership is the longest-ever between a watch brand and an automobile manufacturer! 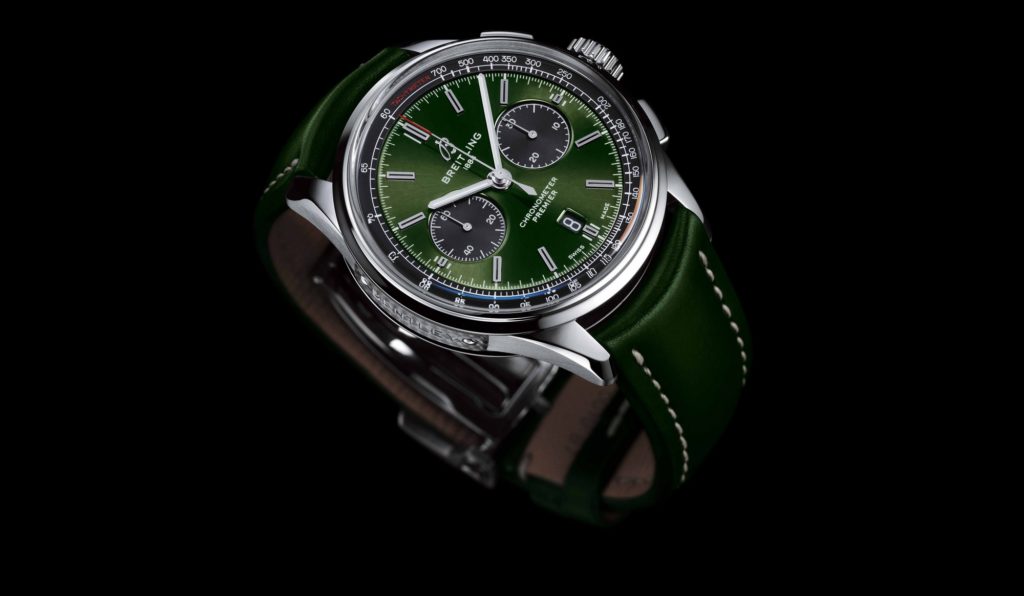 In late 2018 Breitling introduced the Premier B01 Chronograph 42 Bentley (pictured above). Built on the Premier-platform, the watch sports a suave and elegant British Racing green dial, and a subtle reference to Bentley on the side of its case. A significant change of pace compared to the Breitling for Bentley pieces of days gone by, which were often of impressive dimensions. 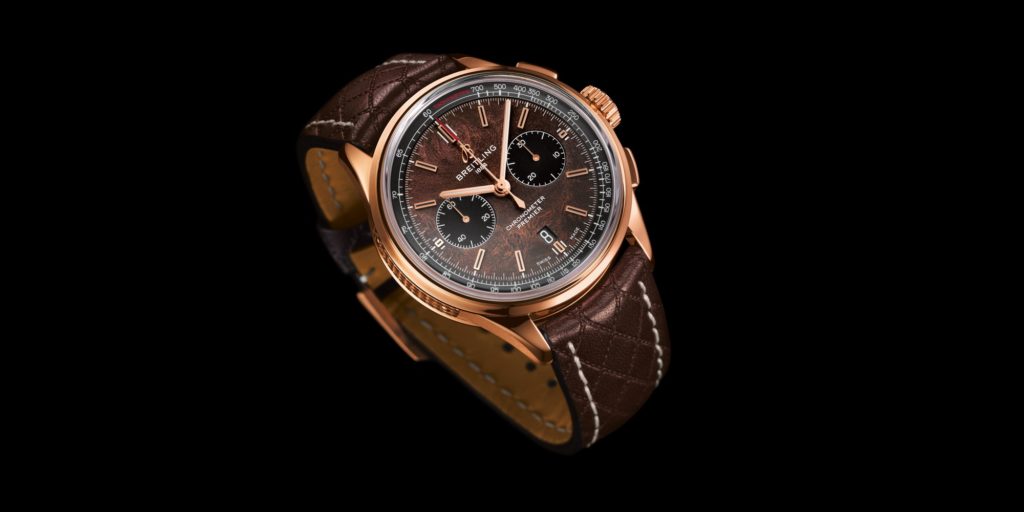 Yesterday at the Geneva International Motor Show Breitling and Bentley launched two new pieces in celebration of the 100th anniversary of the latter: the Breitling Premier Bentley Centenary Limited Edition. This limited edition of either 200 pieces (red gold) or 1000 pieces (stainless steel) features a spectacular dial made of elm burl wood, a material often used on the dash boards of Bentley cars. It is fitted with a  a brown leather strap whose pattern and stitching were inspired by the seats in a Bentley - though the stainless steel version can also be delivered on a Navitimer-type bracelet.