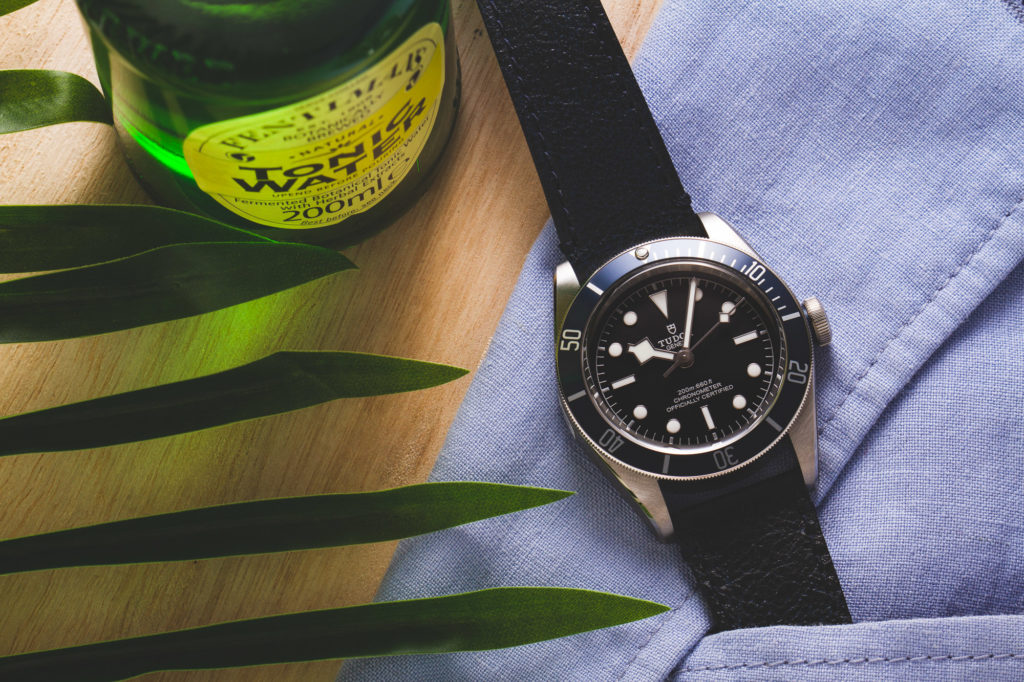 The Tudor Black Bay Blue was introduced in 2014 as the first spin-off of the original 2012 Black Bay. In 2016 it was updated with an in-house movement - and that's exactly the watch we have in stock at our Ace & Spyer boutique at Koningsplein 1, Amsterdam.

The Tudor Black Bay Blue features a number of details that set it a apart from the original Black Bay. Of course there's the bezel, which is blue rather than burgundy. In addition, the dial print is silver rather than gilt, and the lume is of a whiter tone. With these elements combined the vintage-esque warmth of the Red (and Black) is traded for a much cooler vibe.

The watch we shot here (reference M79230b-0007) is fitted with an aged leather strap paired with a folding clasp, though the Black Bay Blue is also available with the rivet stainless steel bracelet or on one of Tudor's famous fabric straps.